Tiny Westie Puppy Encounters A Ball For The First Time, And His Reaction Is Priceless!

As babies grow, they are truly amazed by the world around them. It seems as if the tiniest things fascinate them and make them happy. (Maybe us adults should learn a thing or two from them!)

But this isn’t just the case for humans; animals are the same way! This nine-week-old West Highland Terrier, named Dexter, is in his forever home for the first time. It’s also the first time that he has ever seen a ball. The little soccer ball is lying on the ground, and as soon as he sees it, his puppy instincts kick in. 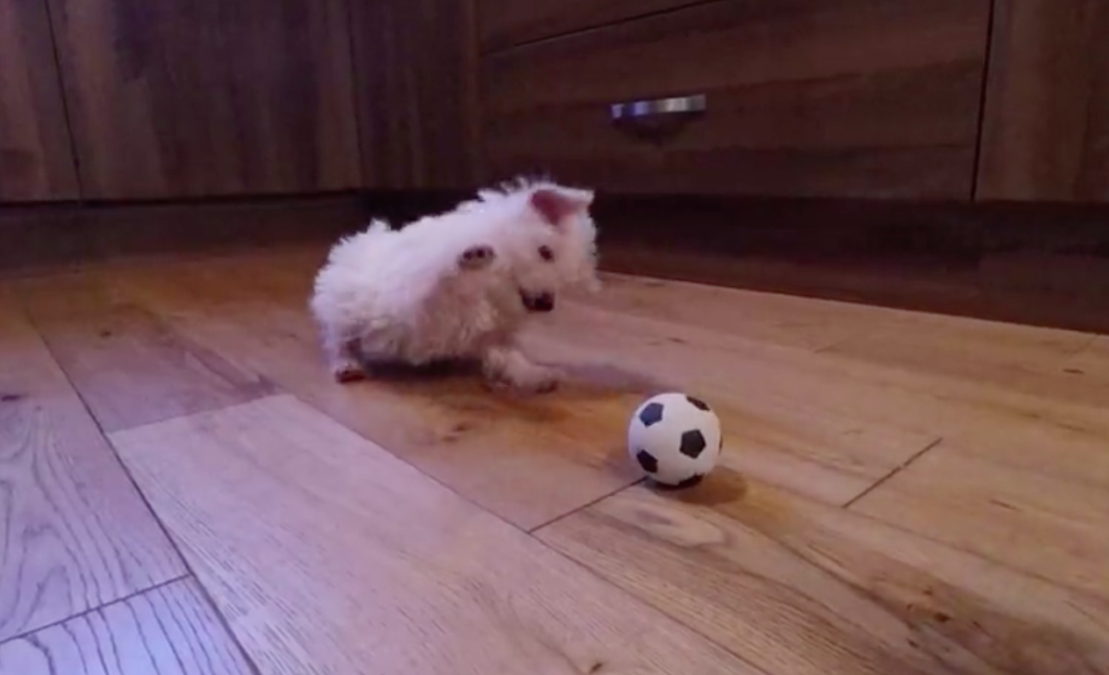 He starts to pounce around on it in the cutest way, and make little growling sounds at it. It’s like he’s a little unsure about this mysterious round thing on the floor, but he’s having the time of his life with it. The ball is so tiny, but it’s the perfect fit for him since he’s such a little pup. 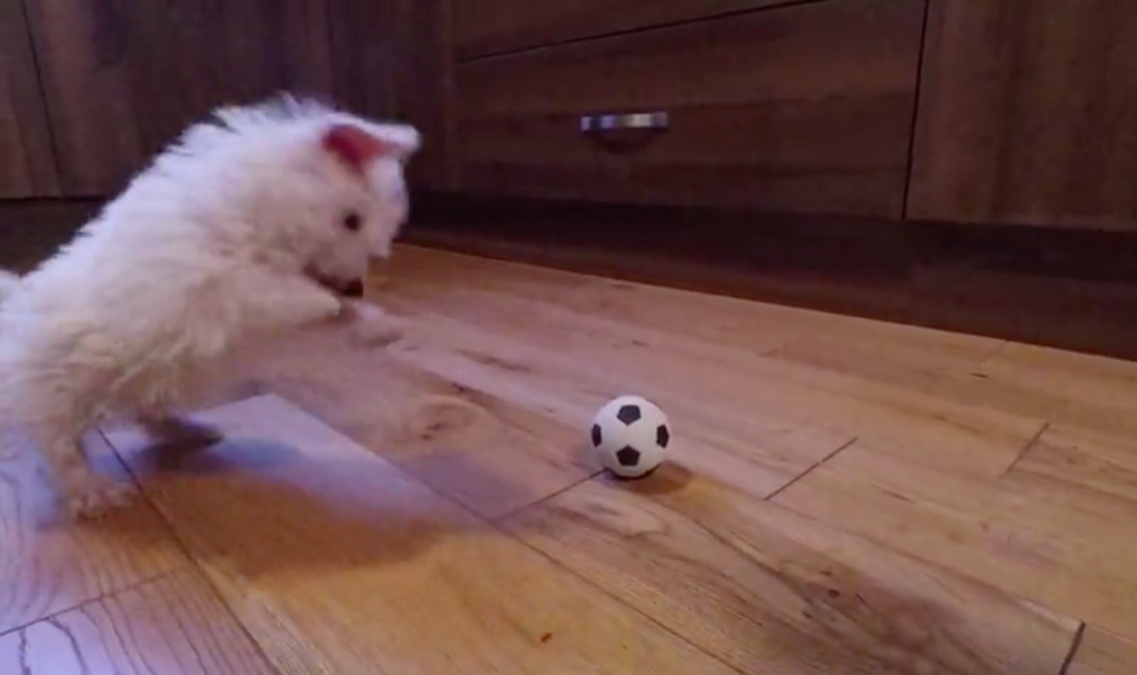 It’s so cute to watch puppies discover new things. I think it’s safe to say that Dexter will grow up and always enjoy playing with balls, as most dogs do! Watch Dexter’s first encounter with the soccer ball in the video below: