Wesley, a six-year-old Holstein Steer, who is 6’4” and weighs nearly 3,000 pounds, is really just a giant lap dog.

He resides at Sunrise Sanctuary in Ohio, and the volunteer operations manager, Janet Bland, says he loves to cuddle and give kisses, especially to his best friend, Chance, a nine-year-old Pit bull mix. 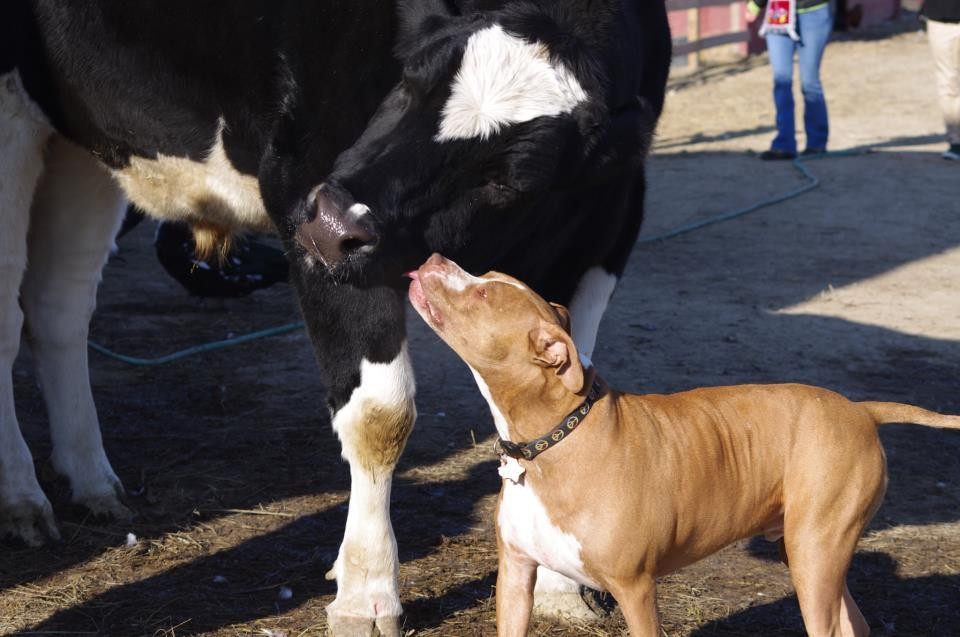 But Wesley’s life wasn’t always filled with sunshine. In November 2009, Mindy Mallett, the sanctuary’s founder, was at a farm to rescue two turkeys. While she was there, she noticed there were calves in veal huts. She went up to one of them, who then licked her hand. At that moment, Mallett knew she had to save this calf. She convinced the farmer to let her take Wesley home, and he agreed. 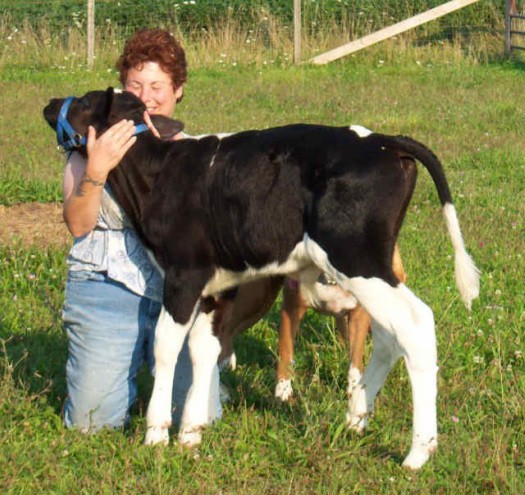 Wesley’s best friend, Chance, was also a rescue. He was bought from a flea market when he was just six weeks old. Sadly, he was locked in a bathroom 24/7 because his former owner couldn’t handle his puppy behavior. Mallet heard about this and offered to take him. 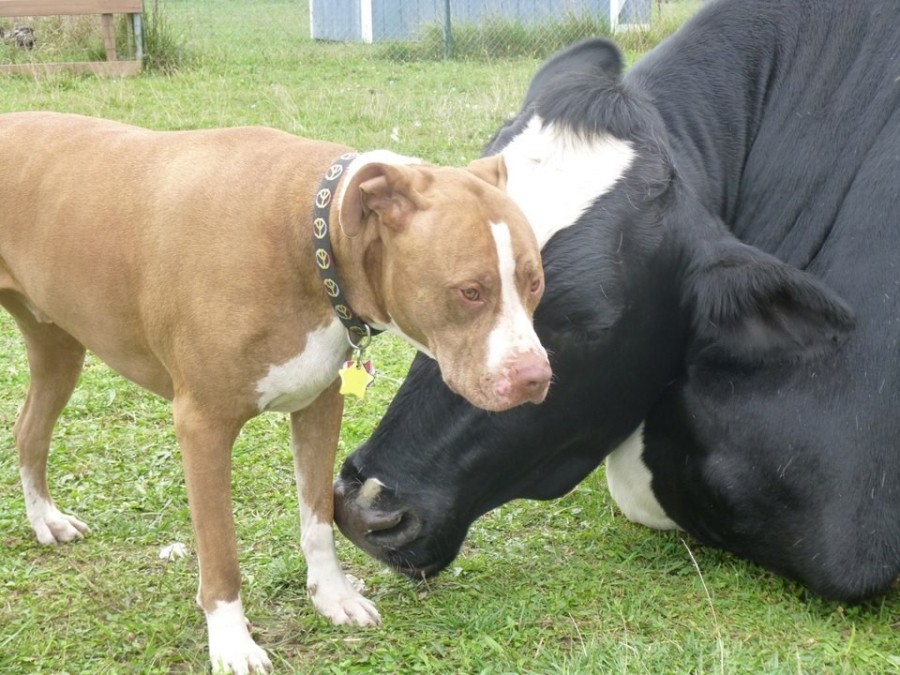 Since Wesley and Chance were both taken from their moms at a young age, they found love and comfort in each other. When they first met, they quickly grew a liking to one another and have been the best of friends ever since! 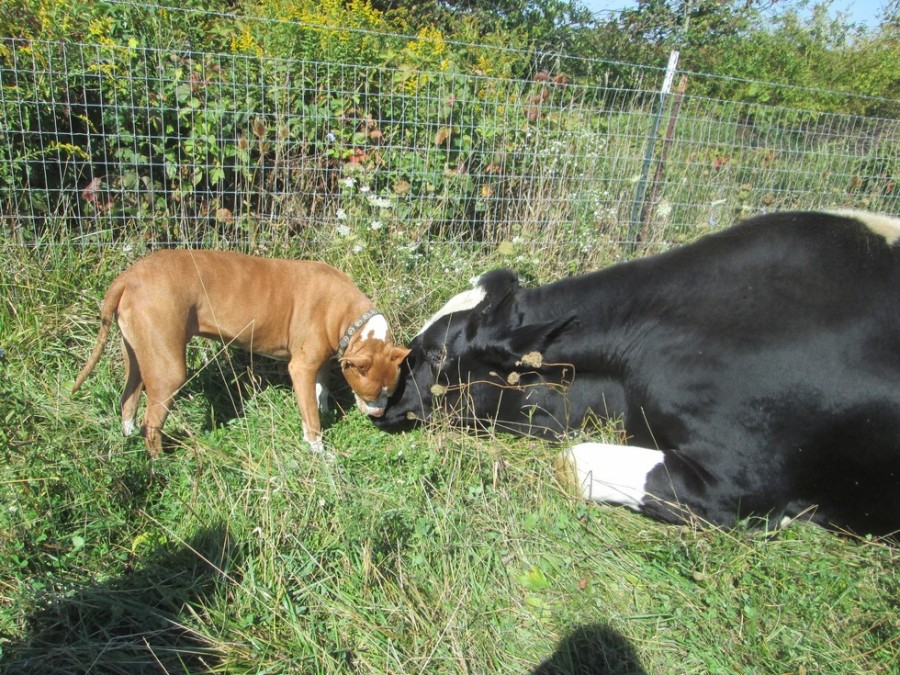 Wesley is always the center of attention when people come to visit the sanctuary. He loves every second of it, and also has a very bubbly and silly personality. Bland says whenever Wesley sees the vet, he goes and hides and thinks that no one can see him. 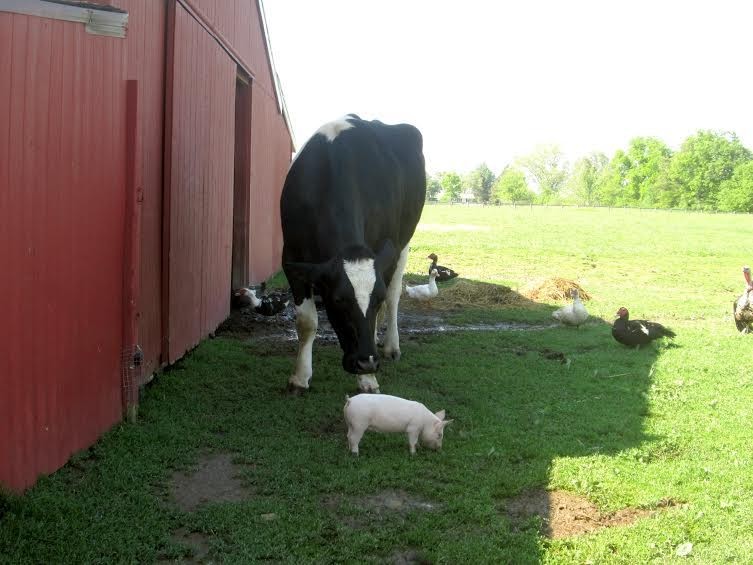 Chance isn’t the only animal that Wesley hangs out with at the sanctuary. He loves all of the animals there and interacts with them all in their open pasture. He is also always the first one to greet new animals. Bland says he’s like “the mayor of Sunrise.” 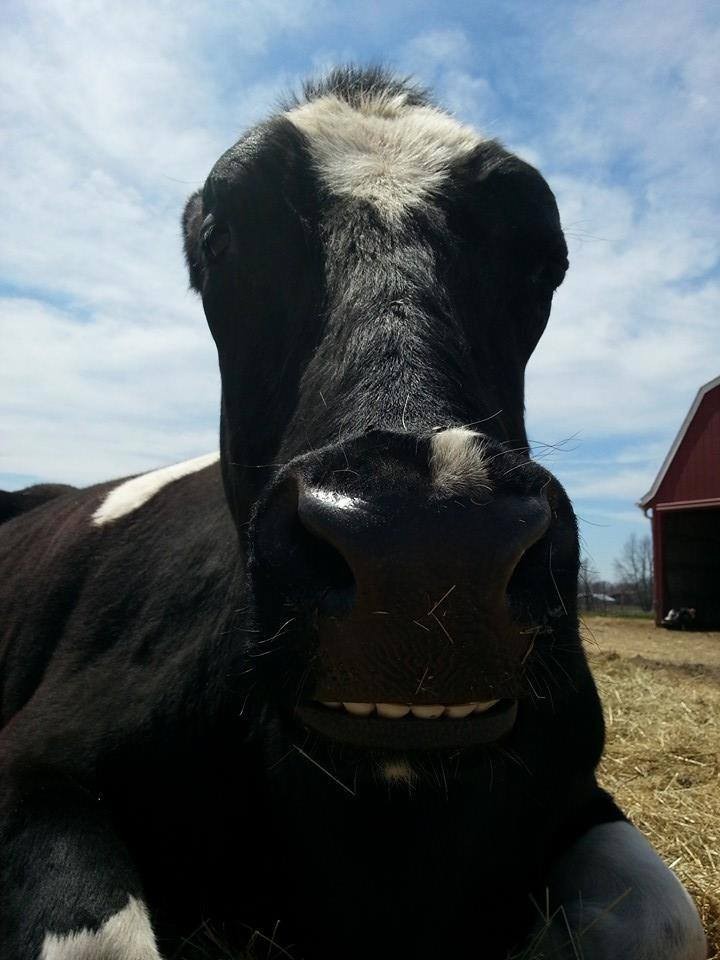 You can watch more about Wesley and Chance’s adorable friendship in the video below. It’s so heart-warming to see. Love and friendship definitely knows no species!