Watson and Kiko are best friends and do everything together. The canine duo live an adventurous life that is shared with the world on their Instagram page. Their 744k followers love to see their adorable faces and crazy antics.

Most of the time the dogs share and get along great. However, a recent video was posted by their mom after Watson devoured Kiko’s special food. The video opened with their mom reprimanding Watson for eating Kiko’s food. She then told Watson to apologize to Kiko and that was when the most adorable thing happened. 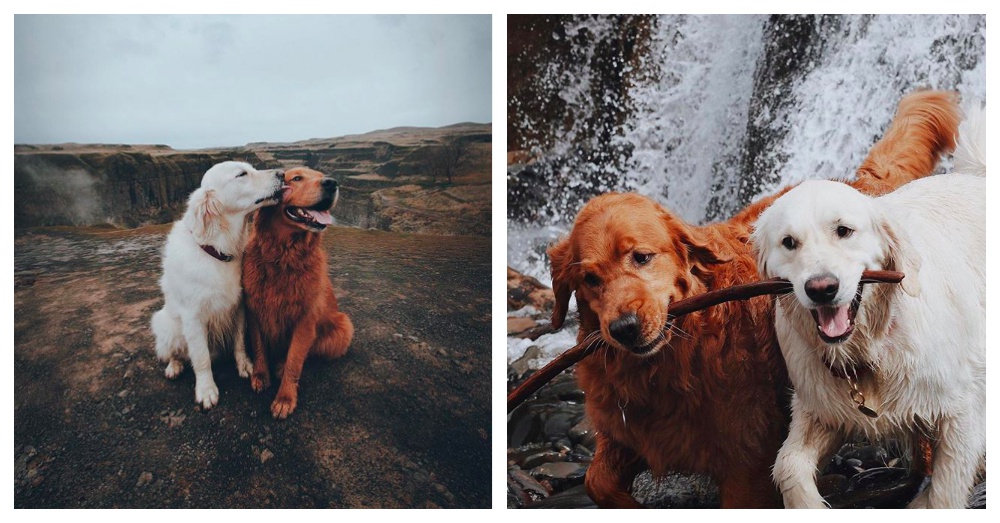 Watson stood up and walked over to Kiko and put his front paws around his neck for a hug. Then he proceeded to rest his head on top of Kiko’s, which caused his mom to laugh. She approved of the gesture and told Watson that Kiko forgave him.

The viral video was posted with the caption, “The way he apologizes is so sweet. Can’t stay mad at that big fluff for too long.” She went on to explain, “As you may know Kiko have been having some health issues and this morning he wasn’t eating his food. So little naughty Watson took advantage of that. He apologized to his brother so it’s all good now 😂.” 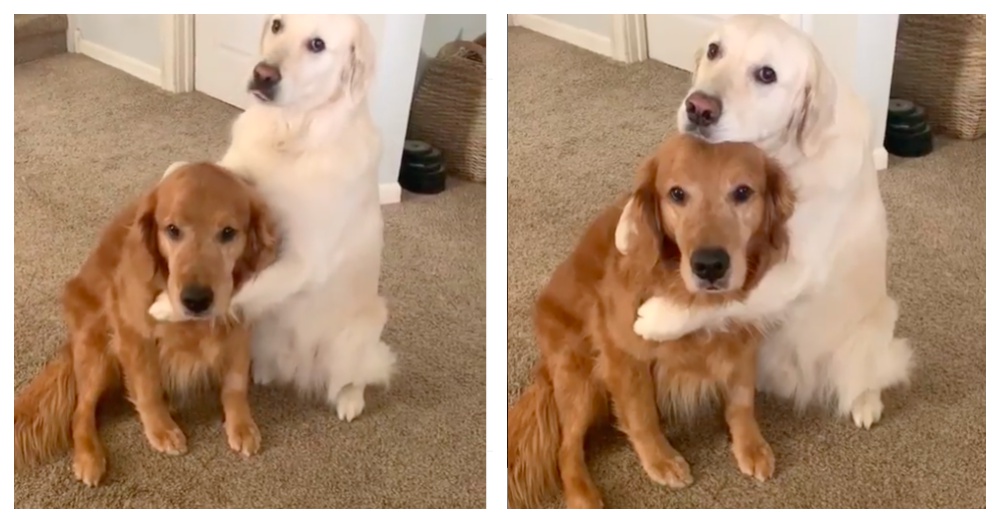 Followers were impressed by Watson’s sweet gesture. One person asked if Watson was trained to hug or if he was just a natural hugger. His mother replied, “he is actually a natural hugger. He loves to give hugs or trust falls. I did do some training back when he was a puppy about 5 months and he learned to hug but he took it very serious. Hugs are his thing so he does it because he wants to I don’t give the command 😊”.

There is so much we can learn from dogs. Be sure to follow the adorable dogs on Instagram.

Watch the sincere apology in the video below and don’t forget to share.

The way he apologizes is so sweet. Can’t stay mad at that big fluff for to long. – As you may know kiko have been having some health issues and this morning he wasn’t eating his food. So little naughty Watson took advantage of that. He apologized to his brother so it’s all good now 😂