New Jersey firefighters received a call, but not about a fire. The call was about a stranded dog at the bottom of Paterson Great Falls, an 80-foot waterfall.

A passerby noticed a young Pit Bull stranded on a rock at the bottom of the fall and made the call. The police and fire department arrived to help save the dog. However, the rescue would involve repelling down nearly 80-feet to reach the scared dog. 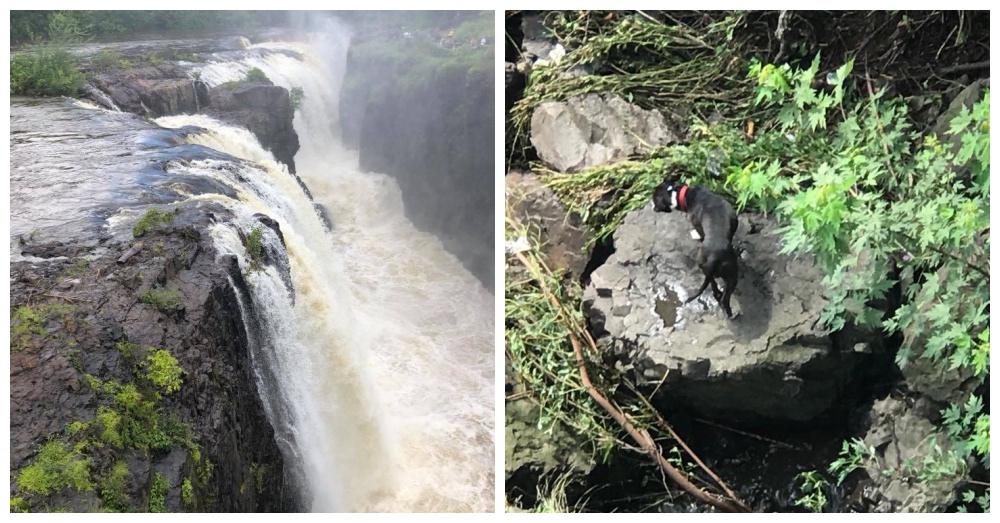 Captain Scott Parkin with Paterson Rescue 2 arrived with his team to perform the daring rescue. Parkin was harnessed up and started to make the descent. When he finally reached the area where the dog was, he proceeded with caution. 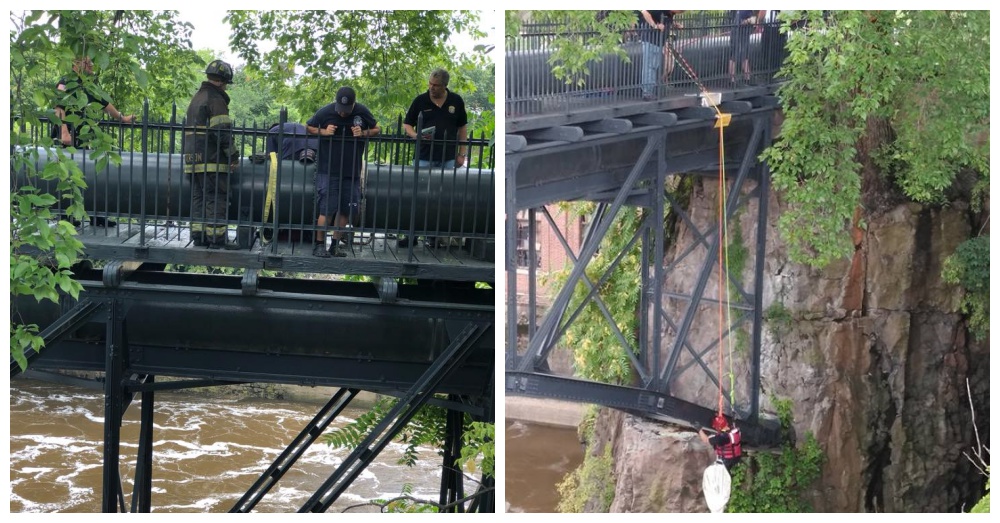 At first the dog was nervous, but quickly realized he was there to help. Parkin came prepared to lure the frightened dog with delicious treats. “When he got close enough, I maneuvered myself around him so I could block him from the water,” Parking tells NY Post. The sweet boy relaxed and allowed Parkin to pick him up. The other team members pulled the two to safety.

“What I did was the easy part,” said Parkin. “My guys were flawless.” 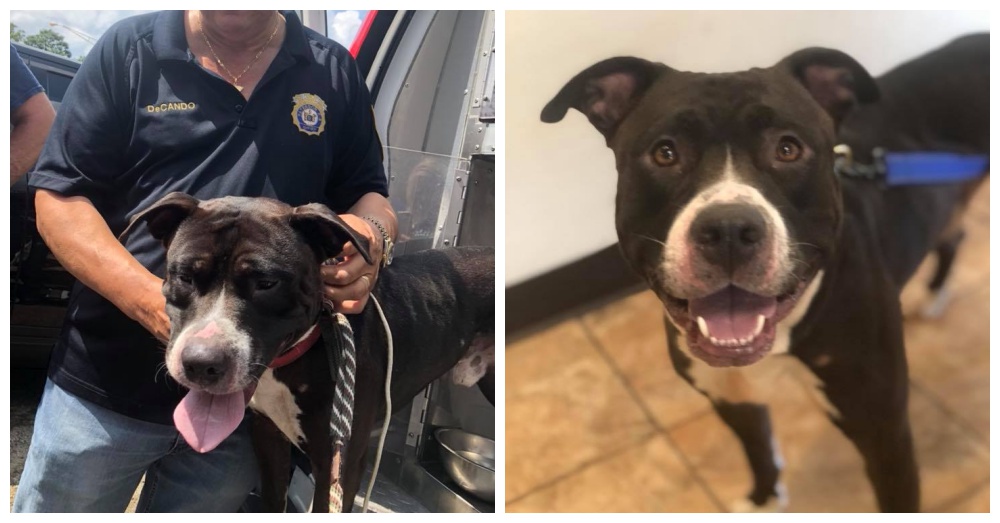 The sweet Pit Bull was taken to Ramapo-Bergen Animal Refuge to be examined. He seems to be in good health. It is unknown how the dog ended up stranded on the rock. An owner has not come forward yet for the handsome fella.

After seven days if no one has come forward for the dog, then he already has a new home waiting. Paterson, as he was named by the men who saved him, has a crew that would love to have him. “We requested for him to stay with us at the firehouse.”

Police Rush To Help Evacuate Animal Shelter As Wildfire Approaches: Click “Next” below!