Liz H. has always loved The Big Bang Theory, but she never guessed that one of the sitcom’s main characters would help save her cat’s life.

But that’s what happened when the North Carolina woman’s 12-year-old cat, Trinity, suddenly developed a life-threatening medical issue. “It is possibly a tumor that is cancerous, or this is an autoimmune disorder,” said Liz of the mysterious growth on her cat’s paw, which vets had unsuccessfully treated with steroids and antibiotics for the past five months. 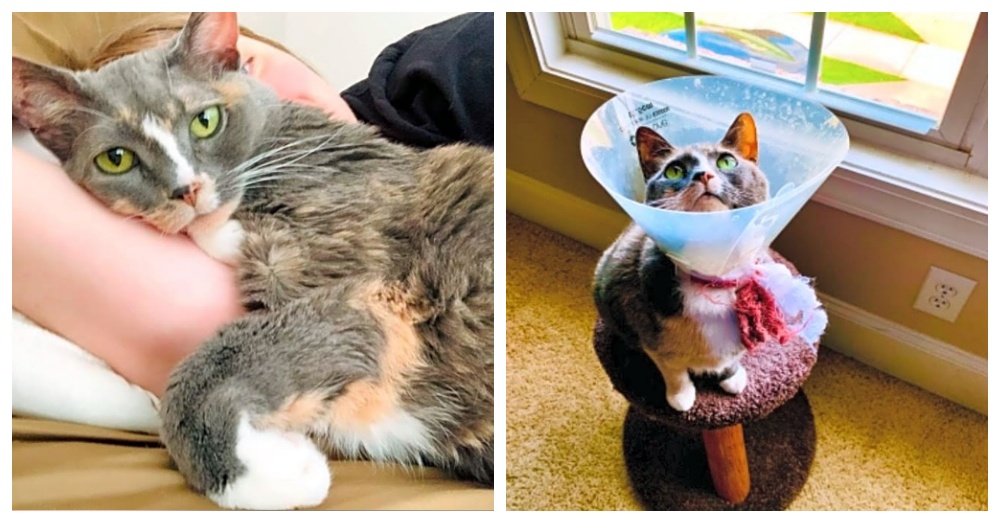 It was becoming clear that Trinity, a loving and intuitive cat Liz described as her “rock” after adopting her 12 years ago as a kitten, would need surgery. But the woman was already struggling to pay the bills after her partner lost his job in the wake of COVID-19. Money was so tight Liz just couldn’t afford the operation that might save her cat’s life.

This heartbreaking dilemma led Trinity’s owner to Waggle.org, which seemed like a safe and straightforward way to crowdsource her veterinary bills. “I was looking for something just for pets,” said Liz, who was also attracted to the organization’s easy interface and “caring” ethos. “Waggle seems so secure; all the money goes straight to the vet and it was easy to use,” she said. 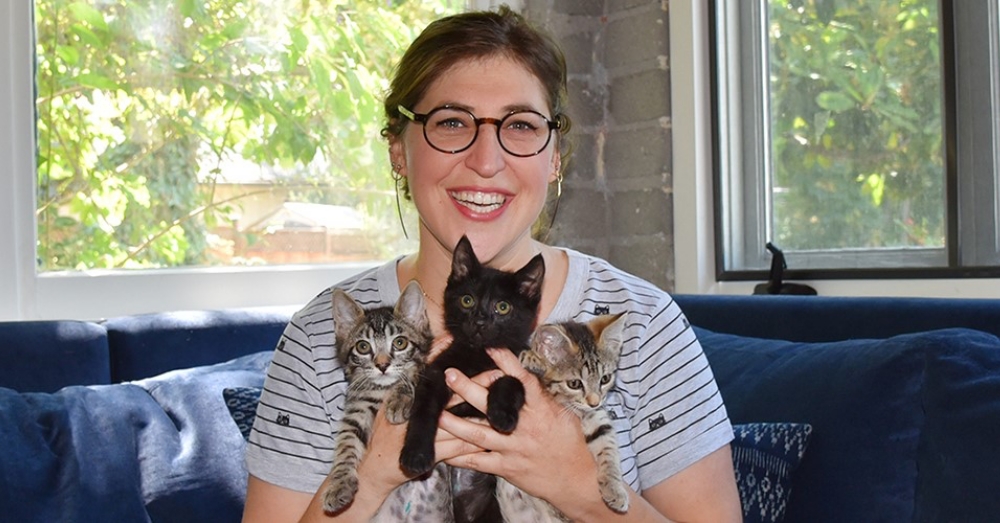 Unbeknownst to Liz, Waggle had also partnered with The Big Bang Theory actress Mayim Bialik, who, in addition to her role on one of Liz’s favorite TV shows, is also a full-time vegan and animal lover. Bialik, who frequently uses her platform to promote animal-friendly causes, donated $173 towards Trinity’s surgery via the Mayim Bialik Fund, which offers matching grants to sick or injured pets in need of medical care.

Being a first-time Waggle user, Liz was surprised when she woke up the next morning to find she’d already met her fundraising goal of $443. But her jaw dropped even further when she saw exactly who had contributed to Trinity’s campaign.

“I said, ‘OMG, our favorite Big Bang Theory star is the one who helped fully fund this!” Liz said, recalling her shock at learning of Bialik’s involvement.

“When I saw it was because of her I couldn’t believe it!” said Trinity’s owner, who is grateful to this community of kind strangers, including her favorite actress, for helping her cat weather this frightening medical crisis. “We are such big fans of The Big Bang Theory, and it was her. I felt like it was meant to be.”

I’m partnering with Waggle to help raise money for Trinity. This beautiful cat's paw has an open and infected wound that needs immediate surgery. Please read her story and consider donating through Waggle here!: https://t.co/6aty4cpv1x pic.twitter.com/xJTAToK9nU

We’re proud to partner with Waggle to help sick or injured pets, like Trinity, get the medical care they need to live long and healthy lives. GreaterGood and The Animal Rescue Site have also teamed up with Waggle to help Tasz, a Pomeranian/Poodle mix in desperate need of emergency surgery after a hit-and-run. 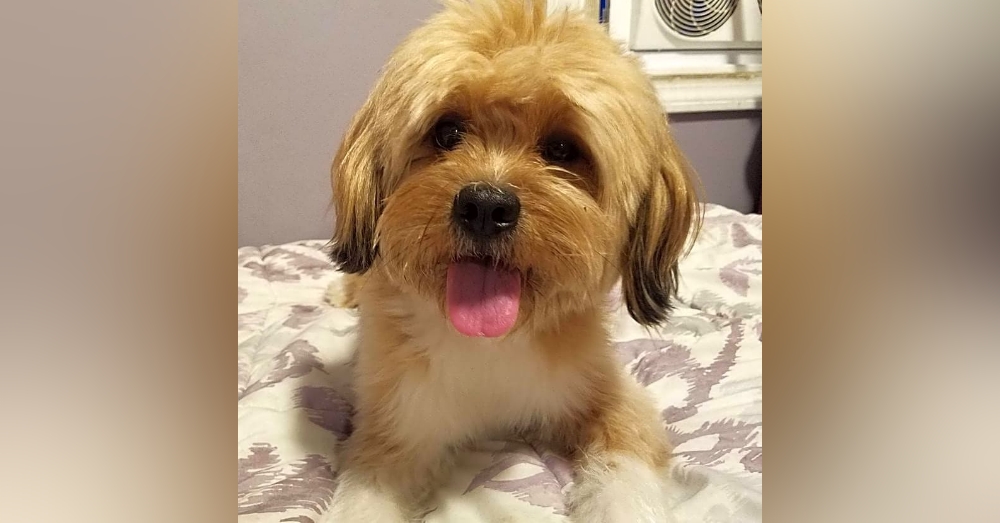 Tasz’s owner, Selinnet V., rushed her dog to the animal hospital, where doctors informed her the most “economical” option would be to amputate the 5-year-old dog’s leg. But even this would still cost $3,400, which felt like an impossible sum for the Connecticut woman, whose working hours had been reduced during the pandemic. 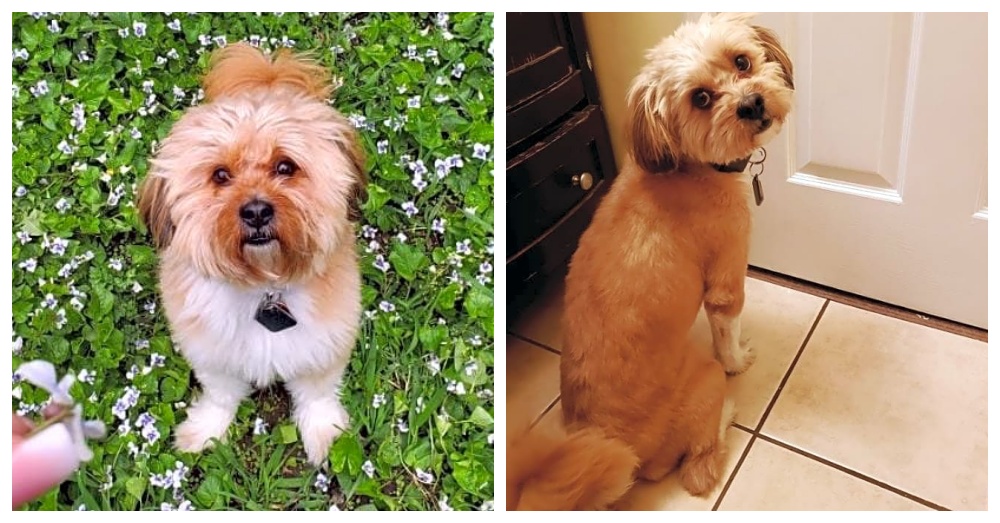 The Animal Rescue Site is raising money to support Tasz’s emergency amputation and recovery, which will help the dog lead a happy, healthy life. “It would mean the world to have him with us,” said Selinnet, whose mom, three siblings, and young niece are all desperately worried about their injured family member. “Tasz is their dog as much as he is mine,” she said.

You can find out more about Tasz’s story here or donate directly to his medical fund. Even the smallest gift will help this sweet dog recover from this terrifying ordeal and reunite with his forever family.