Sometimes life’s failures come with a silver lining. Take Odin, for instance. When the 5-year-old dog flunked out of police training, the German Shepherd’s career was clearly over. But Odin was apparently destined for an equally noble calling: rescuing a firefighter, Robert, and his family from despair.

“We had a series of tragedies happen,” Robert’s wife Barbara told Waggle, recalling those heartbreaking months when her husband lost both of his parents. The grieving couple was still struggling to process their loss when their beloved dog died from an aggressive form of cancer. “There was so much sadness,” she said. 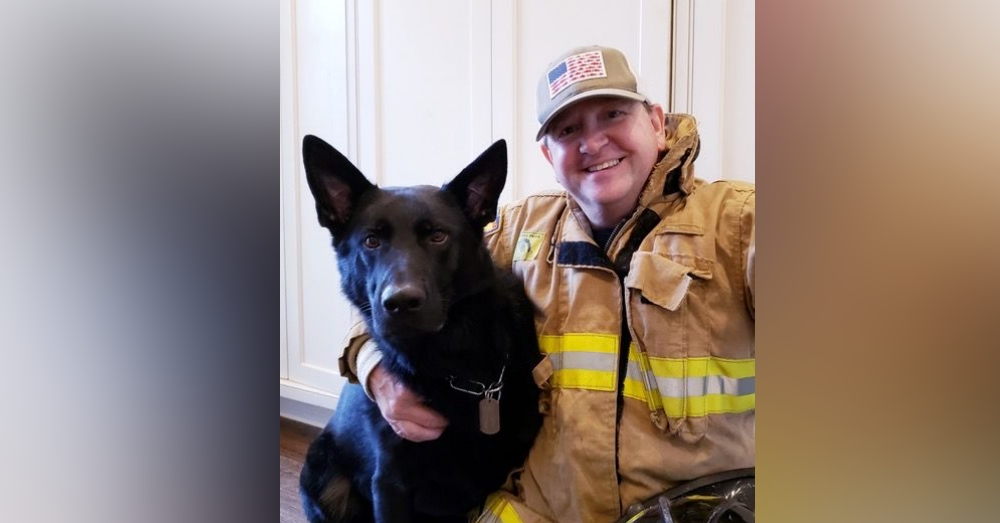 But when Barbara and Robert heard about Odin, they knew the failed police dog deserved a second chance. Robert rushed to adopt Odin and bring him to his new home, where the pup quickly settled in. Odin may not have made a great K-9, but he excelled at helping this heartbroken couple start living again. “He brought life back to the house,” Barbara said. “It was such a sad place before we got him.”

This time, Barbara was at the veterinarian’s office when she got the bad news. She’d brought Odin in for a routine appointment, but the vet discovered the dog suffered from a potentially fatal heart murmur. Without surgery, Odin could have a heart attack and die. “We were horrified. We were terrified,” Barbara remembered. “He had a very serious condition we would not have known about if he didn’t go in for a routine appointment.” 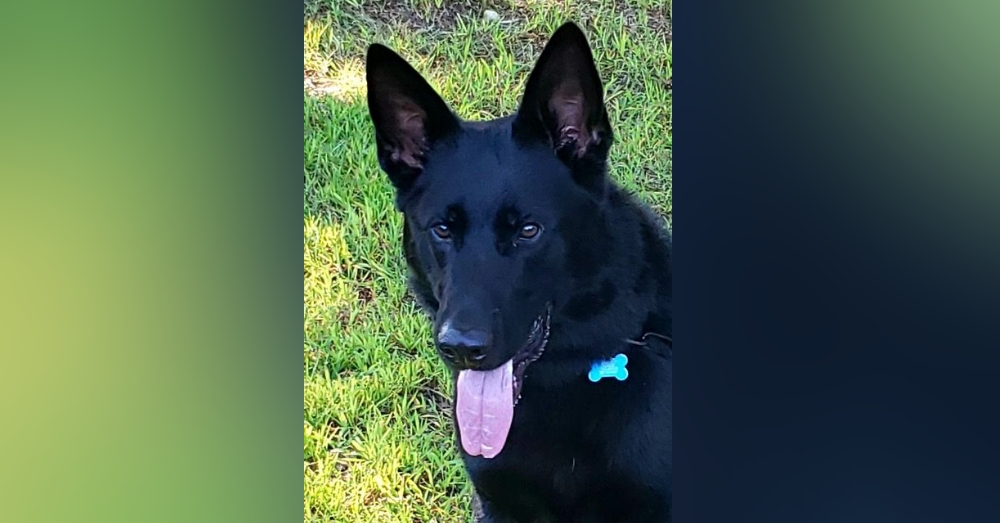 The dog’s medical team was confident they could correct Odin’s condition with surgery, but such an expensive operation just couldn’t come at a worse time. Firefighters are never paid what they’re worth considering the risks of their job, and Barbara’s hours had been been cut in the wake of Covid-19. Now Robert and Barbara couldn’t afford the operation to save their loyal dog’s life.

This heartbreaking situation led the couple to reach out to Waggle, which partnered with The Animal Rescue Site to raise funds for Odin’s heart surgery. “We must save Odin,” Barbara said. “We cannot have any more tragedy in our family.”

Please visit Odin’s medical fund on Waggle if you would like to support the police academy fail who helped rescue a grieving firefighter and his family. 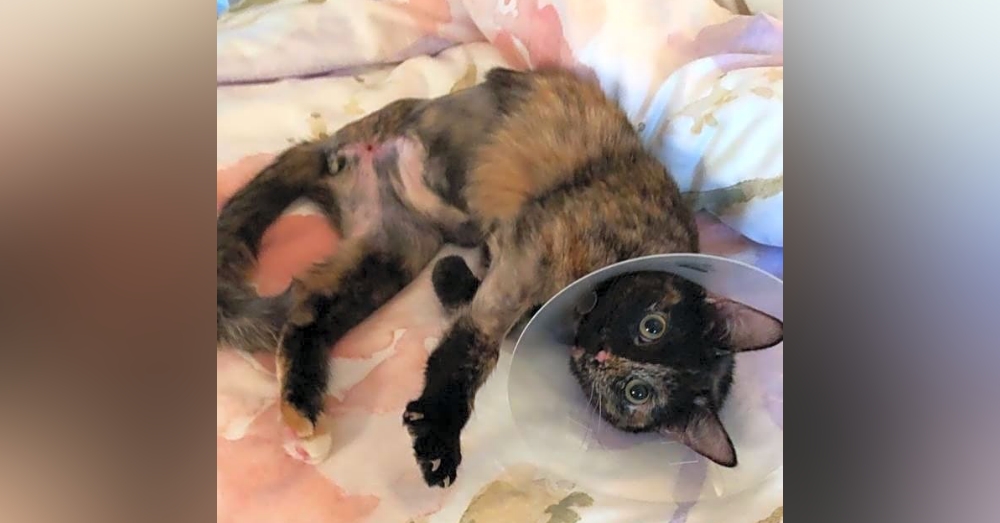 Dr. Tracey was doing her rounds when she learned Two Boos, who was scheduled for a spay, had – according to her owner — been limping for days. But when she investigated further, the veterinarian found Two Boos had a far more serious malady. According to X-rays, this poor kitten had been hopping around on a severely broken leg! 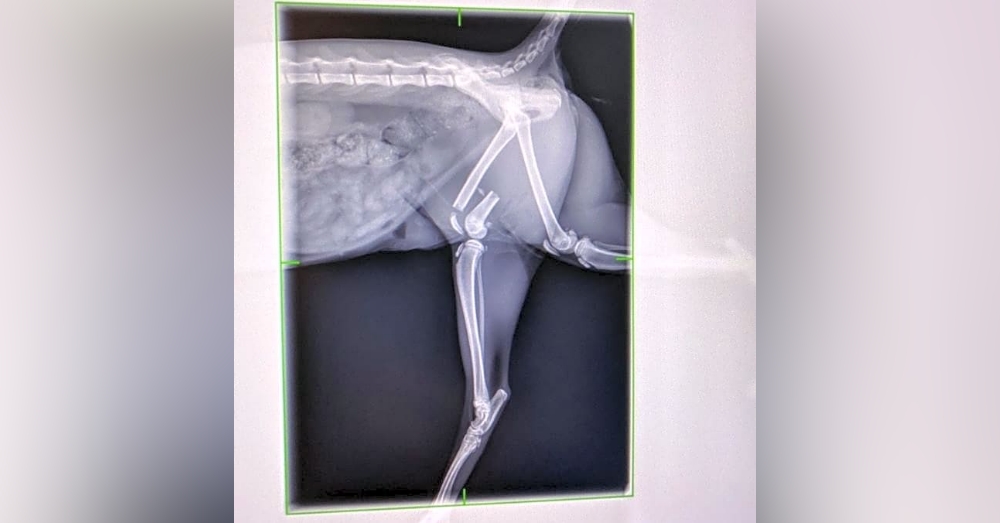 Two Boo’s leg was so damaged that amputation surgery was the kitten’s only chance for a pain-free life. But surgery wasn’t an option for the kitten’s owner, who’d recently become homeless. She could barely afford rent, so there was no way she could finance such an expensive operation. 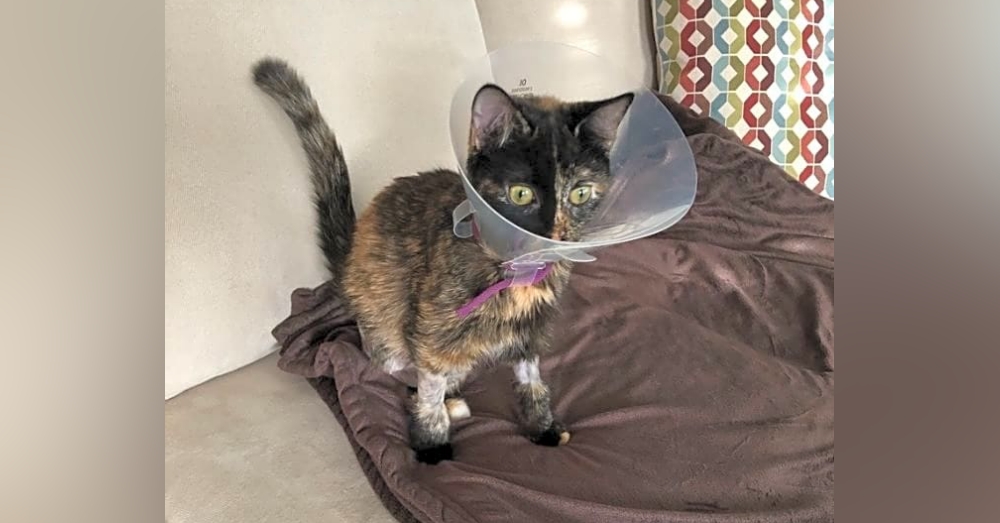 This heartbreaking dilemma led The Street Dog Coalition to pay for Two Boo’s surgery and post-op rehabilitation. “We do what we need to do. We help where we can,” said Dr. Tracey, who also fostered the kitten while she recovered. “She went through a lot of procedures like a little trooper,” the veterinarian told Waggle. “She was the most amazing patient to work with.”

Now Two Boos is learning to walk on 3 legs (and has been reunited with her owner in new housing), but The Street Dog Coalition is struggling to pay the kitten’s skyrocketing hospital bills. Not only is Two Boo’s procedure too expensive for one non-profit, it threatens the organization’s ability to help other homeless people and pets during this time of unprecedented need. 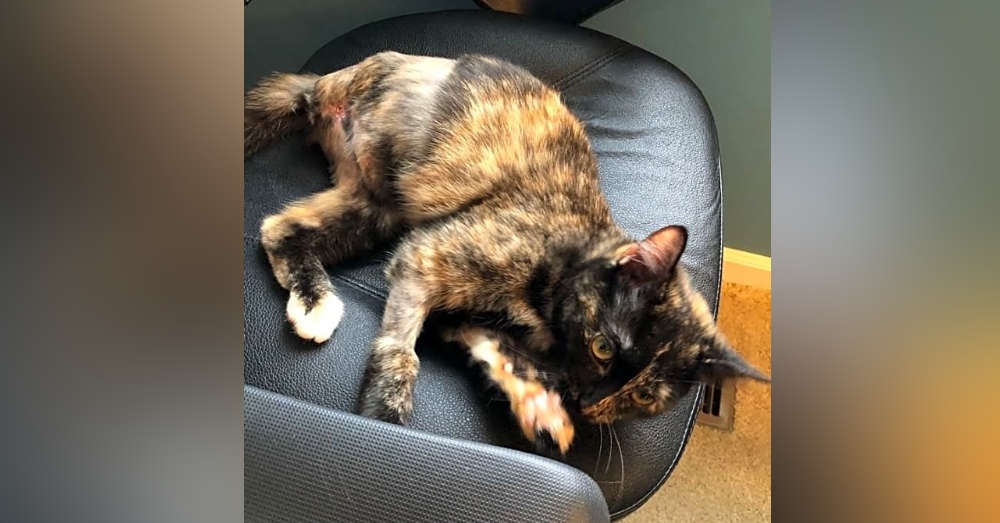 The Animal Rescue Site has teamed up with Waggle to help fund Two Boo’s surgery because we believe this kitten deserves to live a pain-free life. “Two Boos has a wonderful mix of a determined spirit alongside a gentle and understanding sense of self,” Dr. Tracey agreed.

Please donate to Odin and Two Boo’s medical fund on Waggle if you’d like to help us give these loving animals a second chance at life!