Feeling Festive? We Need Your Help Gifting A Rescued Dog And Cat With Emergency Care For Christmas

Christmas is a time for sharing with those in need. And in the spirit of giving, we know of two rescued animals who could really use your help this holiday season.

Our first needy pet is an abandoned kitten named Boo Boo, who was shot with a BB gun and left for dead in the Arizona desert. Fortunately, the critically injured kitten was discovered by a Good Samaritan who found him clinging to life and called Paws Patrol, an animal rescue in Green Valley, Arizona. 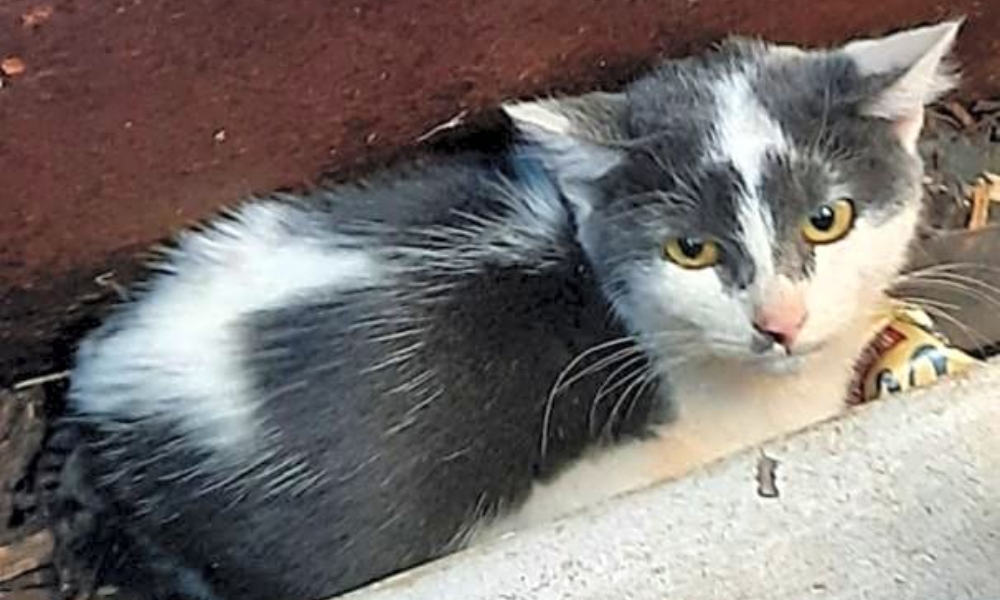 “People think it’s funny to target practice, but they’re destroying an animal’s life,” rescue worker Elizabeth L. told Waggle. “This kitten is going to suffer. He doesn’t know what happened and why he will die an early death if someone did not help him,” she said. “It’s painful to see people do things like that.”

Tragically, veterinarians weren’t able to save Boo Boo’s leg, which was badly infected by the time he was rescued. But Valley Verde Veterinarians believe this tiny survivor will still be “kicking it” on three legs – if Paws Patrol can raise enough money to pay for the kitten’s emergency leg surgery. 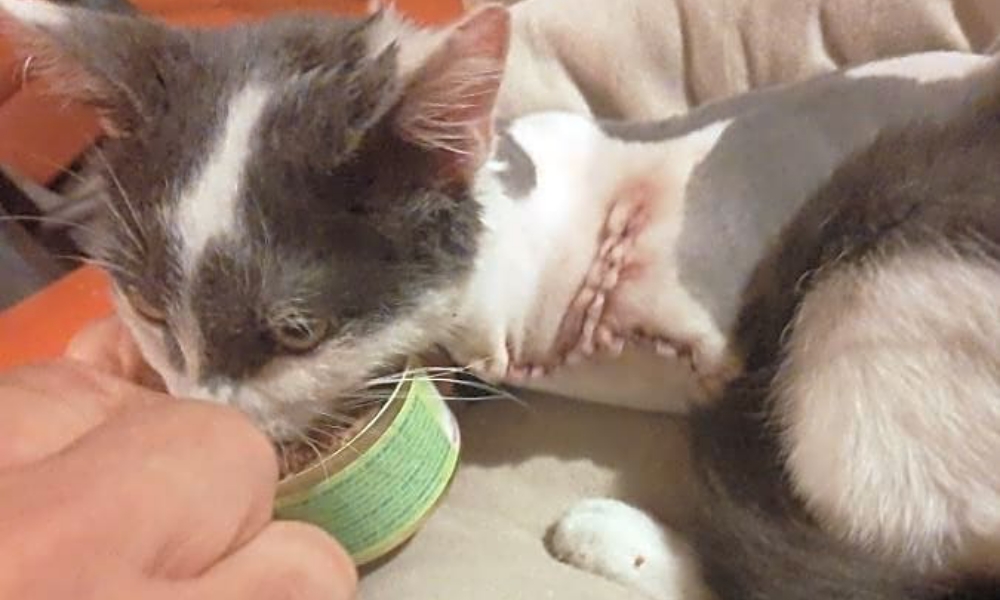 But while rescuers desperately want Boo Boo to have a happy, healthy life, emergency surgery is far too expensive for a non-profit struggling to make ends meet during a pandemic. This predicament led Paws Patrol to reach out to Waggle, which has partnered with the Animal Rescue Site to raise money for Boo-Boo’s life-saving treatment.

“The ordeal scared us, but a loving human can go a long way,” said Elizabeth, describing Boo Boo as a sweet and loving kitten, despite everything he’s been through. Your donations to Boo-Boo’s medical fund will help the injured kitten get the surgery he needs to live a happy, healthy life on 3 legs and find a loving home. 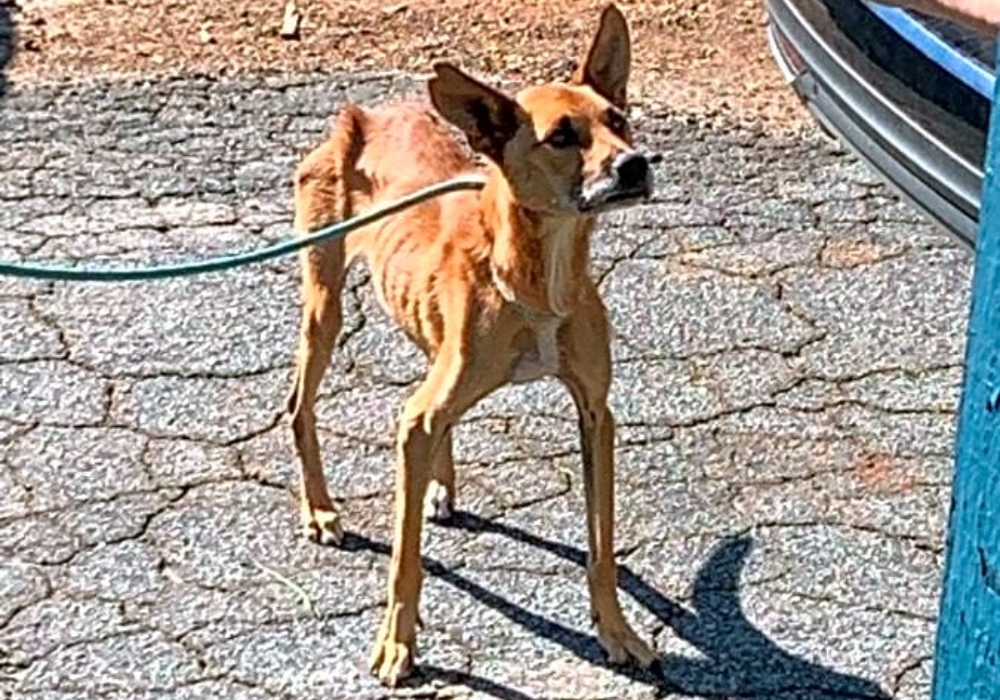 Our second injured animal, Sansa, is an emaciated 3-year-old dog who was abandoned outside Atlanta Animal Rescue Friends (AARF) on a piece of clothesline tied to a filthy collar. “She is starving and barely able to walk, but her tail just wags and she still has some faith that someone will be nice to her,” rescuers told Waggle, explaining how the shepherd mix arrived at AARF weighing just 26 pounds. “We are calling her Sansa, Queen of the North, because she is a beautiful redhead who has been through some hell!” 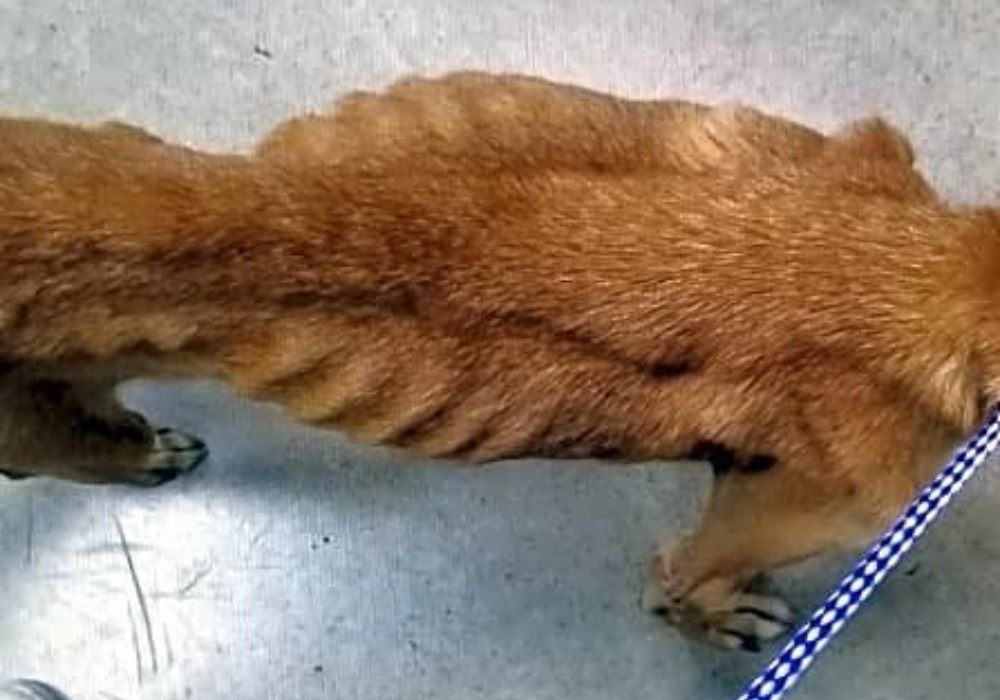 But Sansa is regaining her strength at the shelter, where the dog finally has access to nutritious food and regular meals. But although she grows stronger each day, the sweet pup is still weak and extremely malnourished, so much so that she still weighs just half her healthy body weight.

To make matters worse, Sansa has also been diagnosed with heart worms, which can become fatal if left untreated. But although AARF is doing everything they can to nurse this brave dog back to health, the non-profit rescue doesn’t have the money to pay for this expensive emergency treatment. 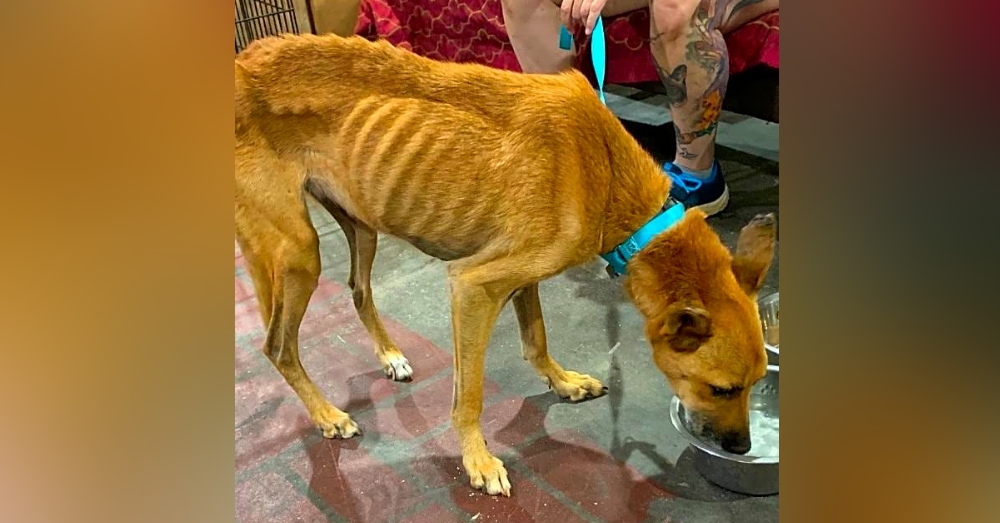 This led rescuers to turn to Waggle, which has also partnered with the Animal Rescue Site to raise money for Sansa’s medical care. “Sansa is the sweetest dog and loves everyone she meets. Even when she was so weak, she just wagged her tail and waited for a kind word or a soft pet,” rescuers explained. “She is going to make a fantastic addition to a lucky family when she is healthy and well!”

Please donate to Sansa’s medical fund on Waggle if you would like to help us provide this brave dog with life-saving treatment. Thank you for helping us give Boo Boo and Sansa the healthy lives and happy holidays they deserve!