A woman named Nicole found Elli, a beautiful black-and-white tuxedo kitten, and her sister Rosie, on a farm in Germany. The cats were just four months old, and wouldn’t live much longer without help.

“They were in a desolate condition with mites and infections in their ears. It hurt me to see them suffer, so I took both home,” Nicole told Love Meow. 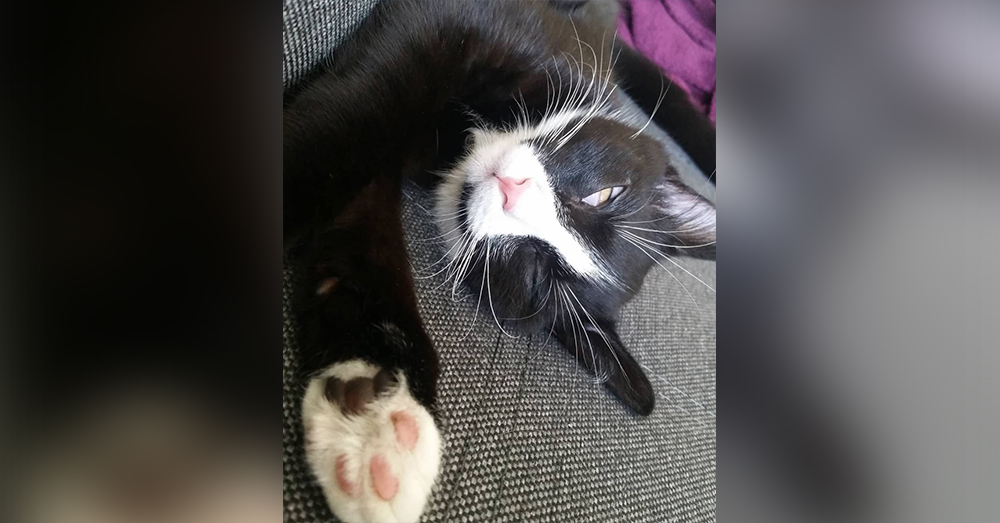 She wanted to bring them home. Elli and Rosie had such beautiful black and white coats, along with warm and loving personalities. But, it would take a while before they’d be healthy enough to thrive.

So Nicole put in the work.

“She was very playful and sometimes acted more like a dog than a cat,” Nicole said of Elli. 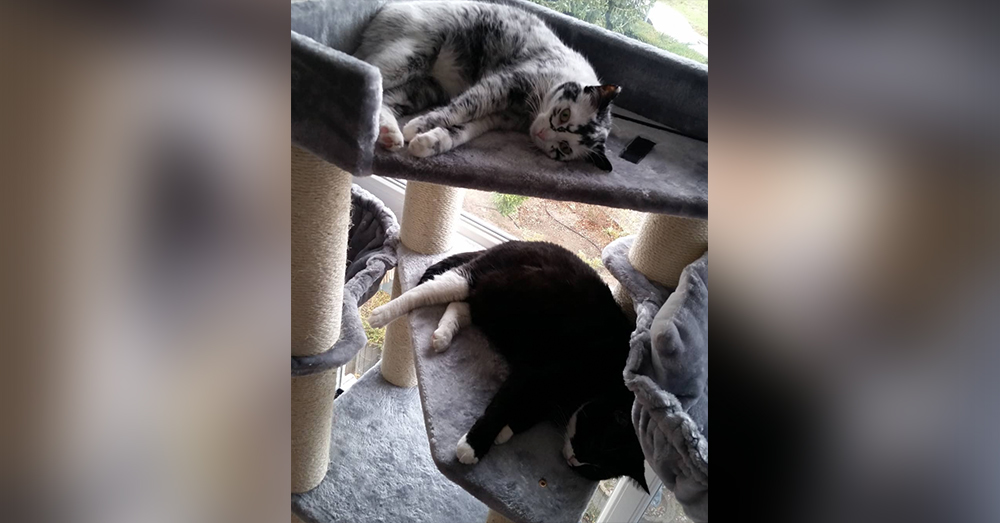 Source: Instagram/elli.vitiligo
Elli was rescued from a farm, along with her sister Rosie. Months later, Elli’s coat started to change color.

About 6 months later, Elli started to change. A soft white streak appeared on her previously stark black shoulder.
“It wasn’t there at the beginning. I thought it was lint and tried to remove it, but it turned out to be her fur,” Nicole said. 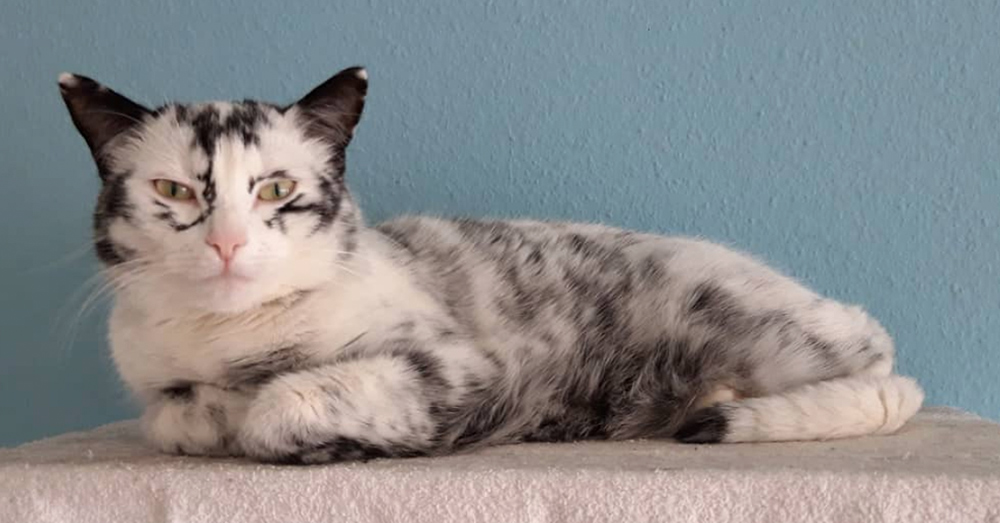 Source: Instagram/elli.vitiligo
Elli has vitiligo, which drains the pigment from patches of her skin and fur.

Then it started to spread.

A veterinarian told Nicole that Elli was exhibiting vitiligo. Patches of her skin and hair were turning white, losing their dark pigment. Sister Rosie, meanwhile, kept her tuxedo markings.

It’s not common among cats. Humans are more likely to develop the rare condition than animals are, but it’s not life-threatening, either. Elli is just as healthy as ever, and now looks even more distinctive. 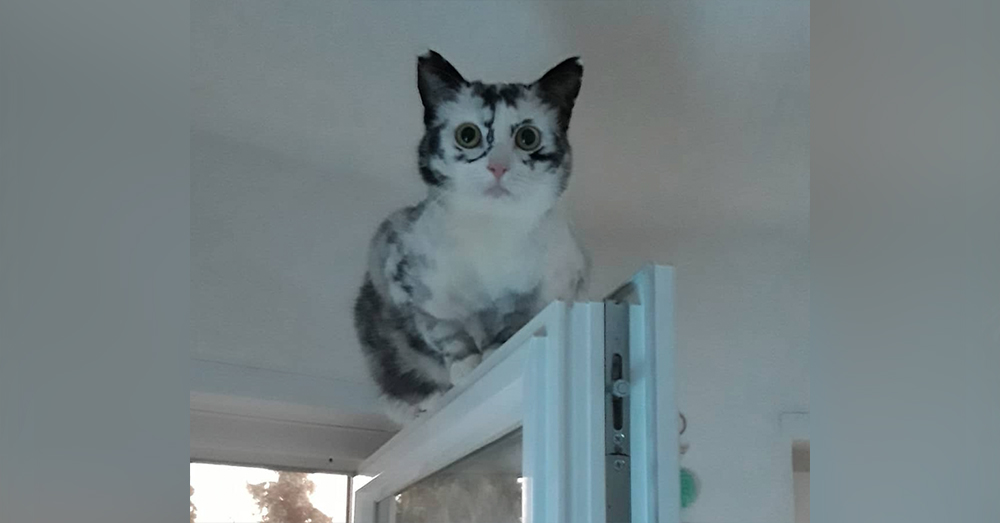 Source: Instagram/elli.vitiligo
She looks very unique, and she’s just as energetic as ever!

A year after Nicole brought Elli into her life, her black and white coat has turned into a dazzling display of dappled grays. 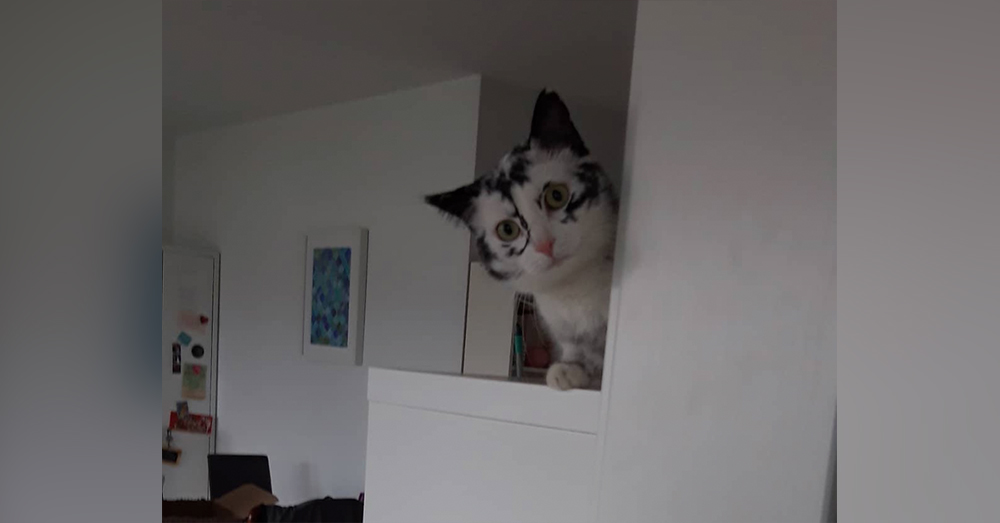 Elli shows off her unique look as she follows Nicole around the house and perches on top of open doors.

“She looks like a little snow owl,” Nicole said. “She is so cute and her fur continues to change every day.”