Therapy dogs are very hard-working dogs who take their jobs very seriously. Their important work literally helps people navigate their lives despite whatever illness or health complications they’re experiencing. It’s not easy being a service dog, and because of one dog’s loyalty and service, he was awarded an honorary doctorate degree.

Graduating alongside Virginia Tech’s class of 2020 is Moose, the 8-year-old Labrador retriever who served for years as a therapy dog on campus – providing lots of support to the struggles of students. 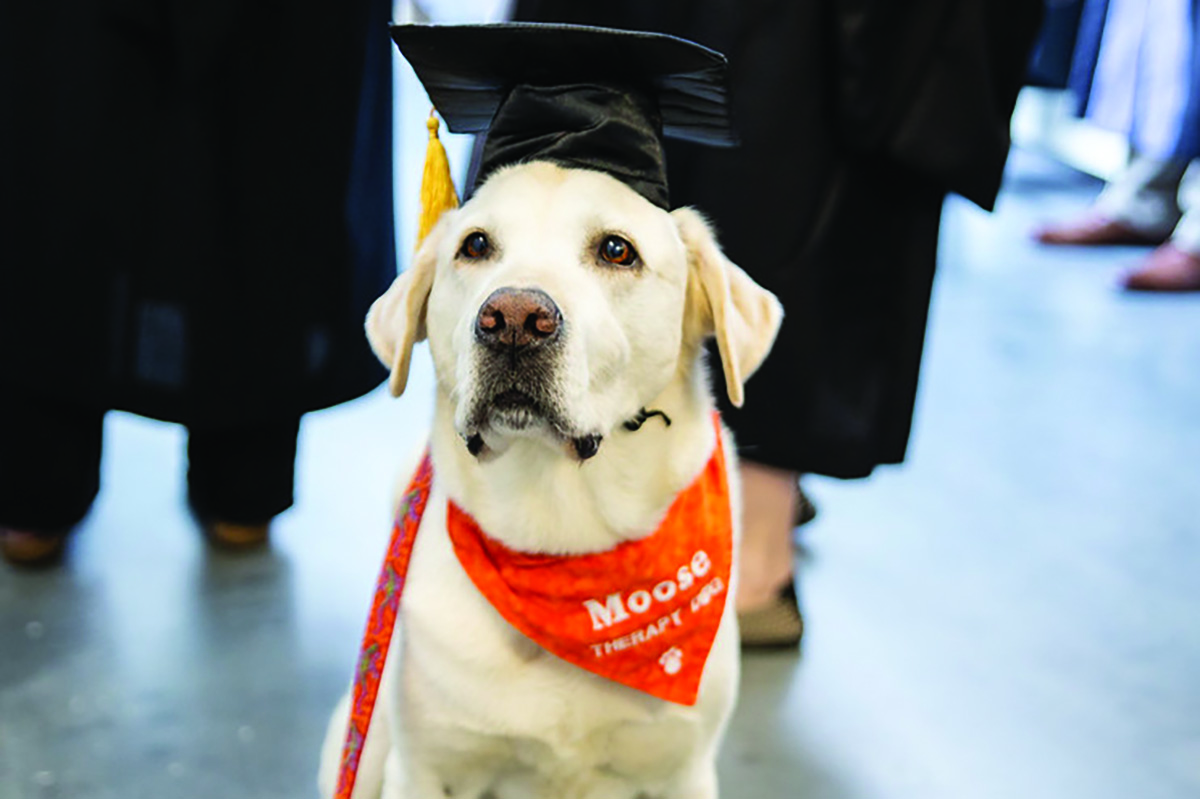 Since 2014, Moose has been a part of the veterinary college’s Cook Counseling Center. Throughout his time there, he has aided in more than 7,500 sessions! Of course, his work has not gone without notice during his time at the college, however, he received an official bit of recognition with the virtual commencement ceremony that took place on the 15th of May.

Moose is one of four dogs who all work as both therapy dogs and mental health representatives at the Virginia Tech campus. Besides helping students navigate trauma, anxiety, and other personal issues, Moose also regularly attends events such as football games and other activities in order to boost morale – he’s truly a dog of all trades. 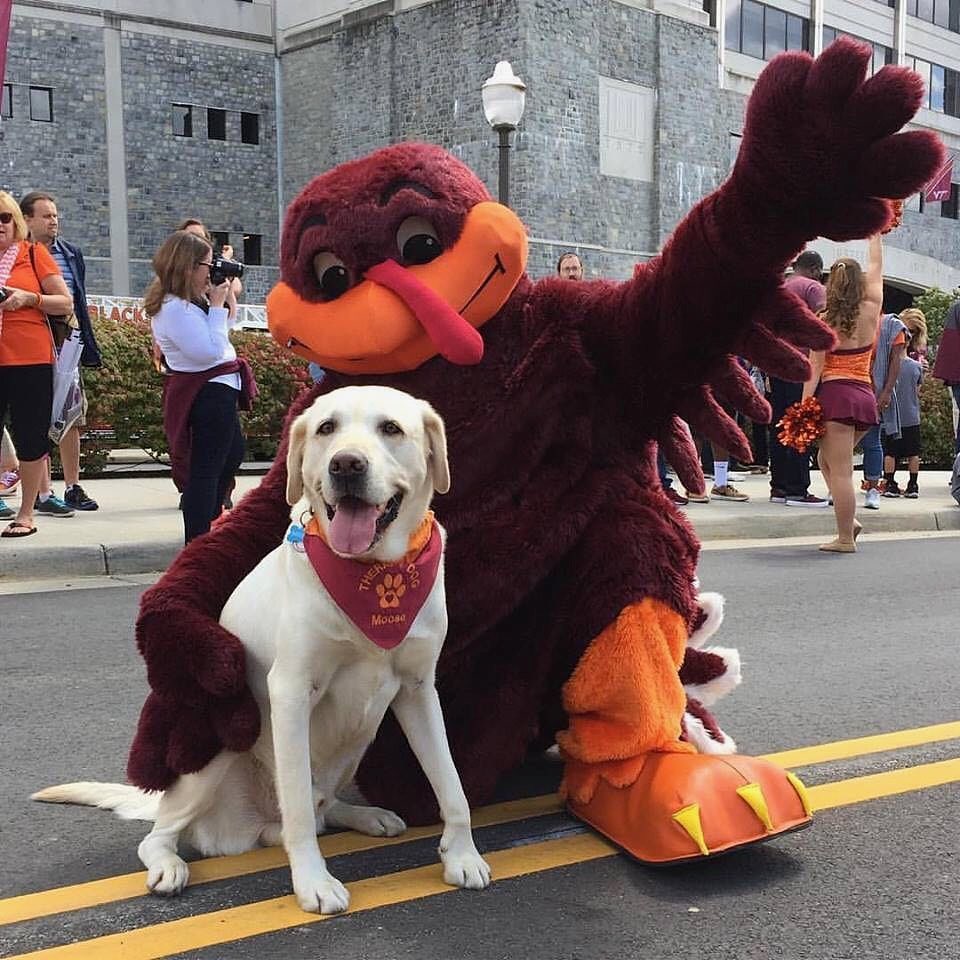 Moose’s owner, who is a licensed counselor as well as the founder of the school’s animal therapy program, Trent Davis, shared with CNN, “Some humans haven’t had the best experience with other humans or even other dogs. In both of those cases, Moose provides a very safe and comforting force in the room. These students see Moose as someone who’s going to accept them. They don’t worry about him judging them.”

While he may now have a doctorate, this isn’t Moose’s first award. Back in 2019, Moose was presented with the Virginia Veterinary Medical Association’s Animal Hero Award.

Additionally, just this February, a week after his birthday, Moose received a prostate cancer diagnosis after blood was found in his urine. Since, he’s been battling his cancer, undergoing both radiation treatment and chemotherapy. While the brave pup is still fighting, he has returned to work – still the same happy dog as ever.

Moose has been most recognized on campus for his help in breaking down the stigmatization surrounding mental health. 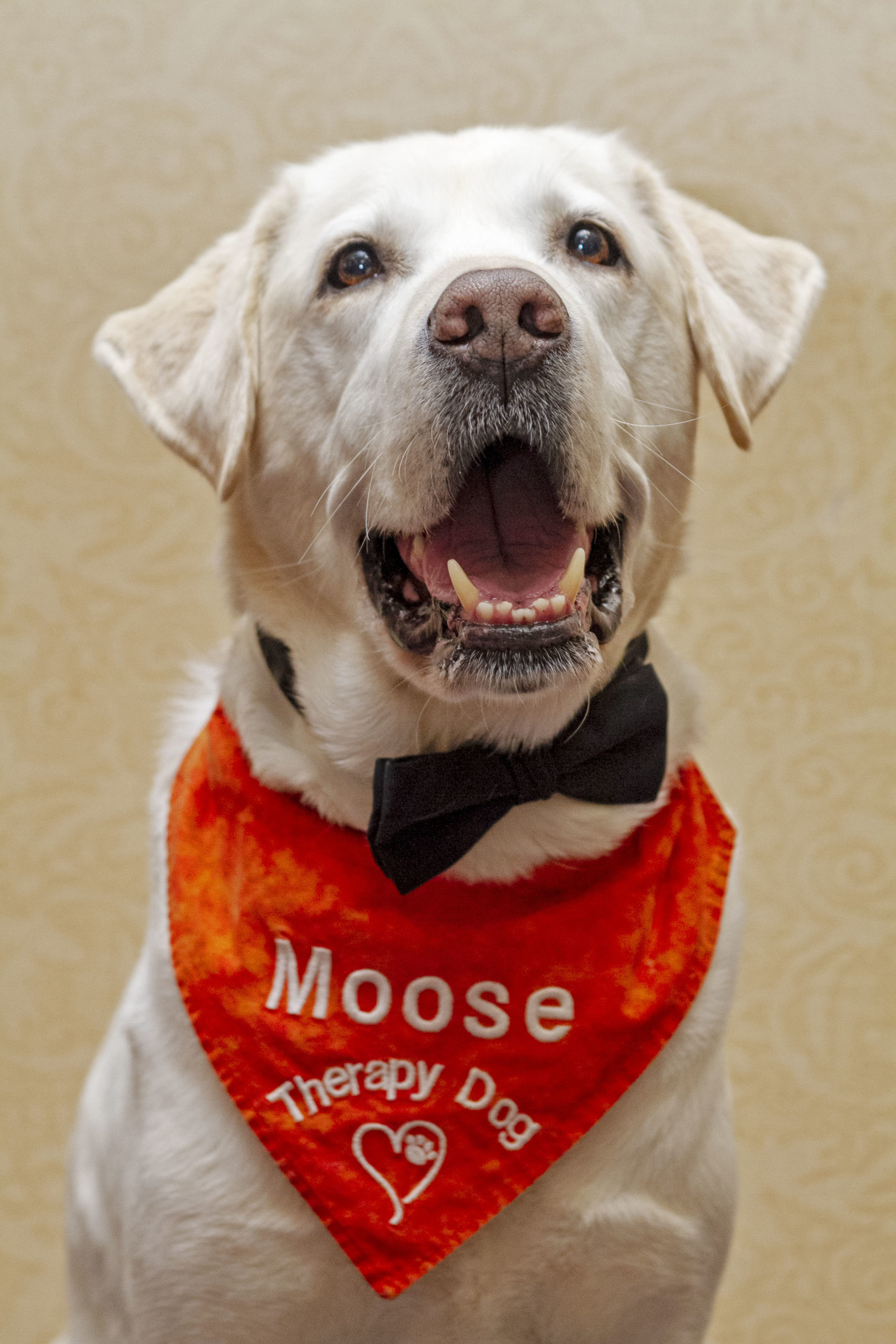 As Davis said, “Veterinarians are unfortunately a very challenged population. They have high rates of suicide, and this profession can be quite disturbing. He has really helped the students and staff at Virginia Tech and has gotten a lot of recognition for that.”

Davis added, “I’ll often meet people and they’ll be petting him, and all of a sudden they’re on the ground, talking in a baby voice. So when people ask, ‘How does this dog therapy thing work?’ I’m like kind of like, ‘I have never met you before and now you’re sitting one foot away from me petting the dog and talking to me about the meaning of life.'”

Besides his vital work of helping the student body of Virginia Tech handle their mental health, Moose is also known to be a huge fan of swimming and playing tug of war. Plus, he loves his treats – and we sure hope this brave boy is receiving all the treats his heart desires.