Can You Spot The Reason This Photo Of A Chicken Is Going Viral?

Mothers will go to extreme lengths to protect their offspring – no matter the threat or danger. A recent trending video of a mother hen protecting her young proves that such maternal instincts aren’t exclusive to the human race.

Capturing the perfect viral video often involves an element of timing and luck. Luckily, such odds have exponentially increased in the modern age. Were not people constantly snapping pictures on their smartphones, this heartwarming moment might have quietly slipped by. 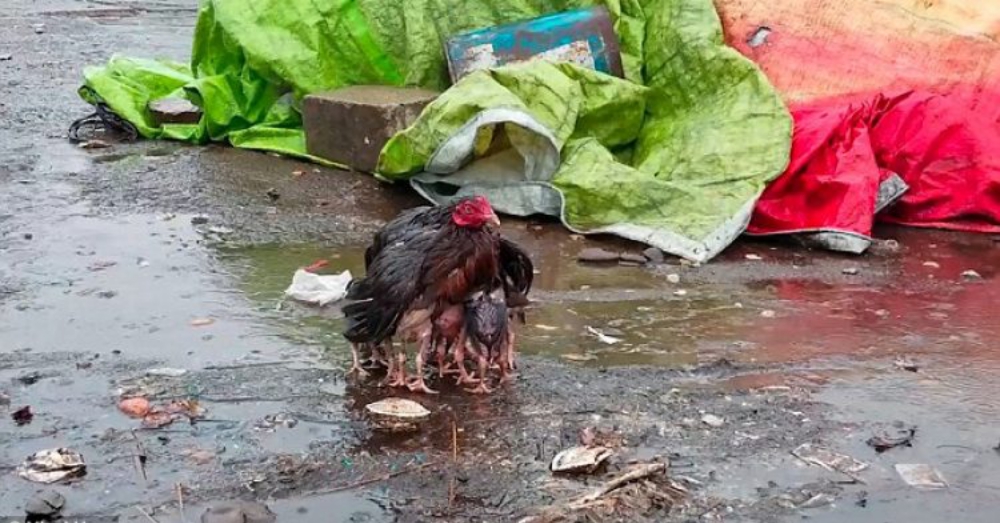 Case in point is the heartwarming video of a mother hen shielding her chicks from a rainstorm. The mama bird’s wings are outstretched, sheltering her five babies from the freezing raindrops, which would certainly cause the young ones to catch their death of cold.

The larger bird doesn’t think twice about offering up her body as a shield, even though she’s also getting drenched. Her selfless act helps keep her chicks dry and warm.

“This video was taken at a local fish market when there was heavy rain,” the user wrote. “We can see mother’s love in nature’s way. A hen protecting its chicks in heavy rain.”

The adorable video instantly went viral on Reddit, where hundreds of thousands of users applauded this mother’s selfless act. Others rightly noted that the babies could have died were it not for their Mama’s quick thinking. 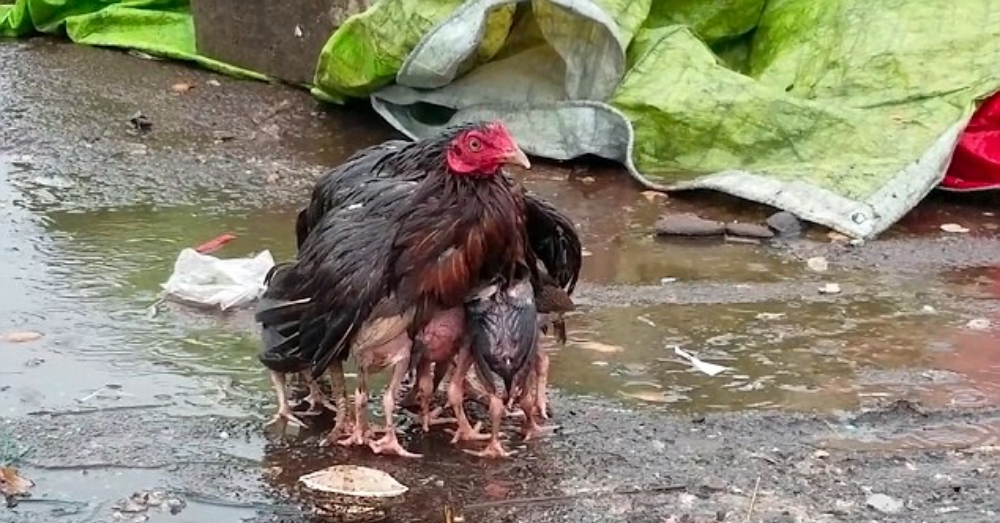 “Sheltering them is critical because the chicks can easily die if they get chilled by cool rain,” wrote user SnickeringBear. “Normal body temperature for a chick is 107F (42C). Just seconds of direct rainfall can kill a small chick.”

Still more wondered why the animals didn’t have their own hen house, which could have alleviated this entire situation. Regardless, the heartwarming clip reminds us of all the ways our mothers have supported us over the years. Sometimes, it doesn’t have to be more complicated than that!