A professional violinist has played in the world’s greatest venues, but still feels most fulfilled when performing at his local animal shelter.

“I’ll never forget my first day,” Martin Agee told Medium.com. “Many of these dogs have been traumatized. Here they enter a process of recovery. We’re being kind to them. Some days, I have to hold back the tears. The dogs I play for, it’s at different stages of their recovery, have been injured and/or neglected.” 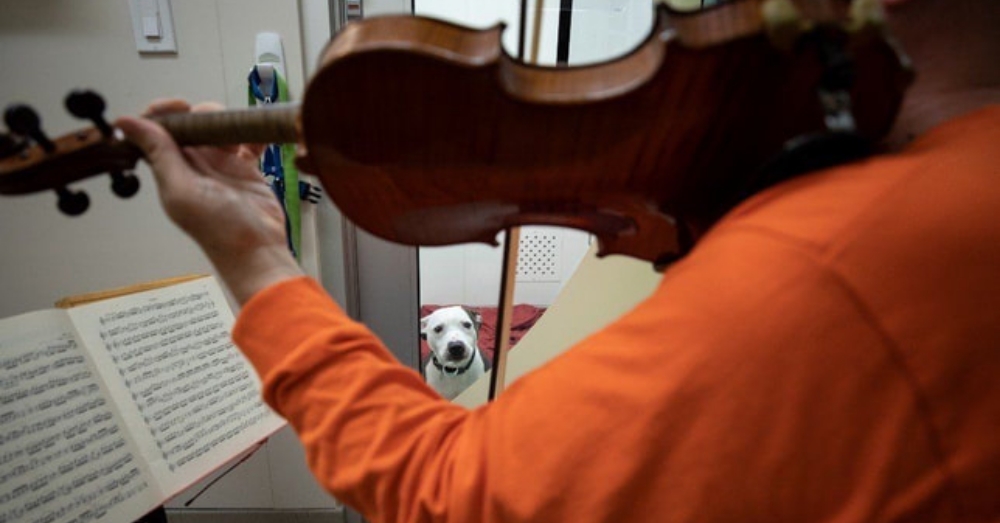 The 30-year-musical veteran first got into volunteering after watching his beloved greyhound, Melody, cross the Rainbow Bridge. Upon learning that his local ASPCA ran a storytelling program for abused and neglected dogs, Agee playfully offered up his violin as a means of musical therapy.

“I almost jokingly said to some people, ‘Well, maybe I’ll play my violin for the dogs when I’m there,'” he explained to The Today Show. “Little did I realize that that would become a reality.”

But upon hearing Agee’s offer, the shelter jumped at the opportunity. After all, multiple studies confirm how audio therapy helps calm anxious mutts, and it’s hard to think of any sound more soothing then classical music. 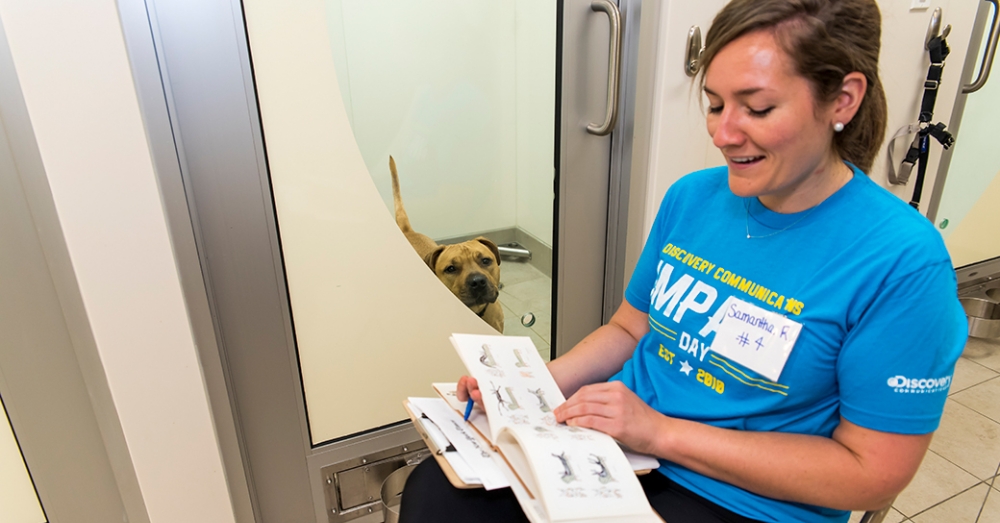 At the animal recovery center, we’re treating animals that have been victimized by either direct physical trauma or long-term neglect that results in chronic medical conditions,” Kris Lindsay, a senior director at the ASPCA, told The Today Show in the video below. “Over time as they’re here, we’re working to recover them not only medically but behaviorally as well.” 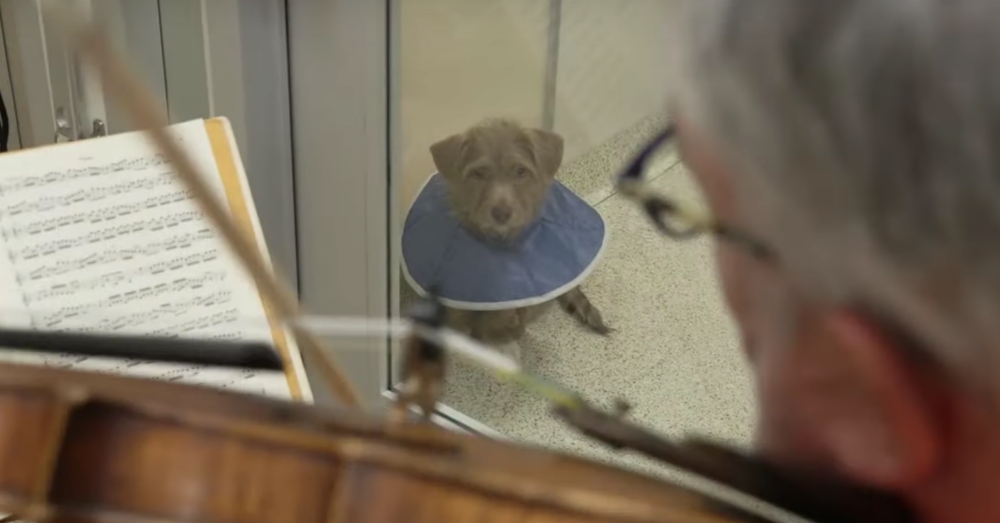 Meanwhile, Agee has found his volunteer gig — which is welcomed by excited tail wagging and the occasional bark — personally rewarding, not only because it’s a great way to support needy animals in need, but also a therapeutic escape from the pressures of his day job, which has included performances in world-renowned venues including Carnegie Hall and the Sydney Opera House.

“As a professional violinist, I spend a lot of time on stage, under bright lights and sort of feeling like the world is watching,” Agee told Today. “Here the world that’s watching is my best friends that are wagging their tails, and will like it no matter what I do.”

Find out more about this violinist’s unique way of giving back in the video below!