Dog Chained Up Outside Her Whole Life Is Now Experiencing Toys, Comfort And Love For The First Time

Violet was two years old when she was found chained up on a property in Miguel County, New Mexico, with five other dogs in December 2016. Although the details are unknown, it’s very likely that Violet had been chained up for her entire life, or at least for a very long time.

The chain was a very heavy metal and was lock around her neck with a large padlock. Her fur around the chain was colored black from the chain rubbing against her neck for so long. 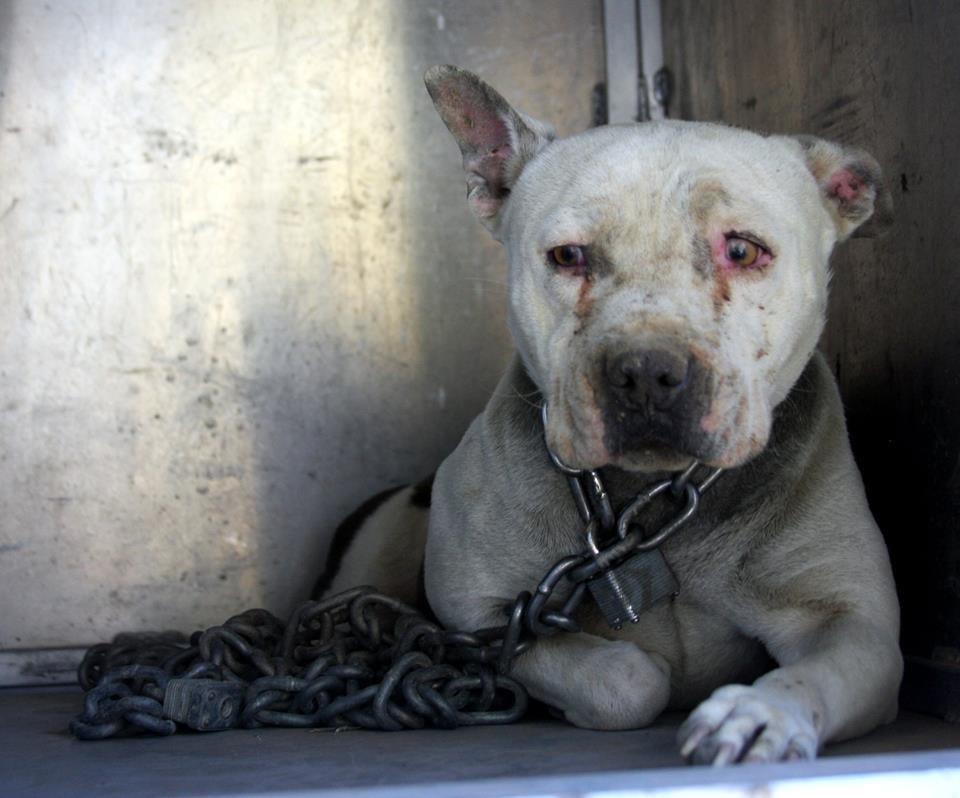 It’s illegal to keep dogs chained up without the owners being there in that part of New Mexico, so the woman who discovered the dogs called the Animal Welfare Coalition of Northeastern New Mexico. The dogs eventually wound up with the county sheriff department. 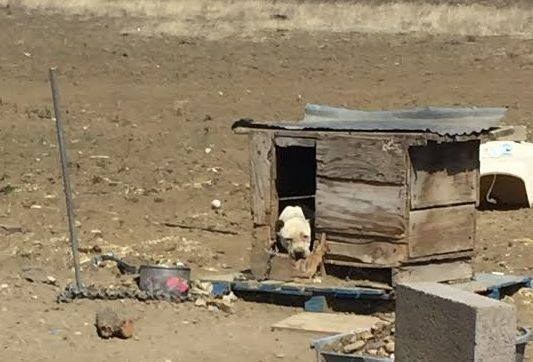 They soon learned that the dogs’ owner was in jail on unrelated charges, and had been unable to tend to them.

The dogs were taken to the vet where they stayed in medical boarding. Rescuers from NMDOG, an organization that rescues chained dogs, helped the dogs as well. 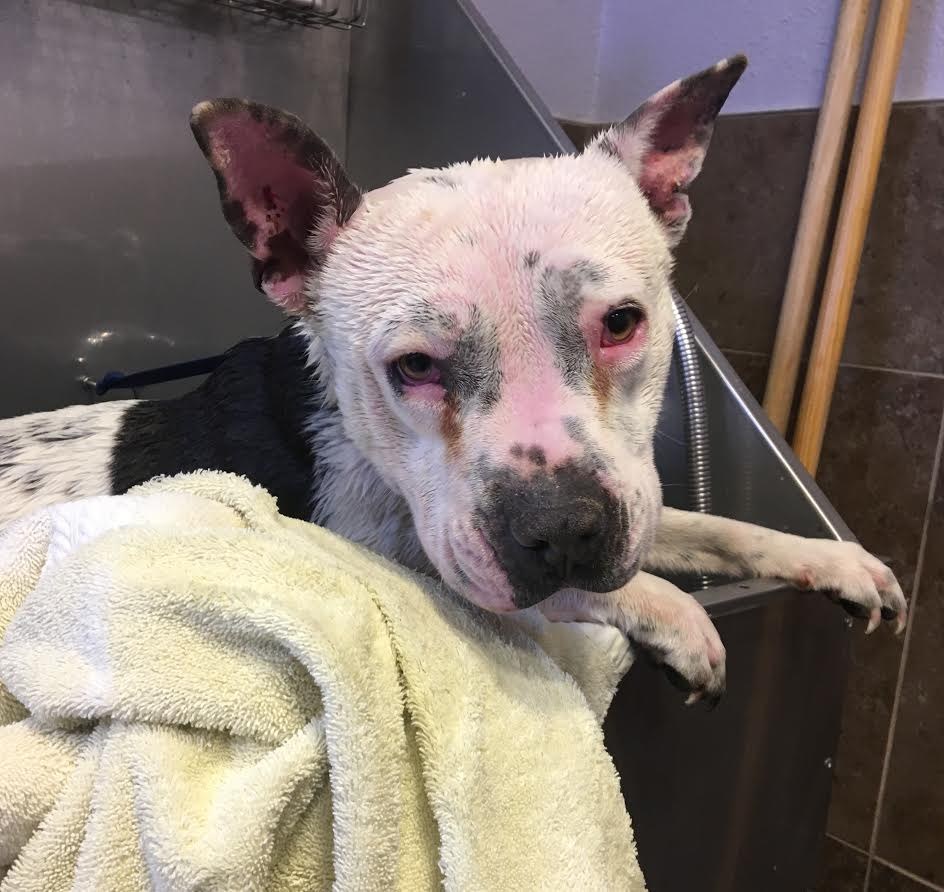