Two Women Rescue Dog That Man Was Dragging Alongside His Scooter

Heroes will not back down when an innocent life is in need of rescuing.

Two women witnessed a heartless man dragging a dog alongside a scooter in Vietnam and immediately intervened to save the dog’s life. They recorded the horrifying incident before stopping the man and demanding he release the dog to them.

In the video taken by the women, the dog ran to try and keep up with the scooter but as the man increased his speed the dog was dragged behind. The dog had a rope tied around his neck that the cruel man was holding in one hand. The dog’s paws and stomach were being dragged along the hard asphalt. 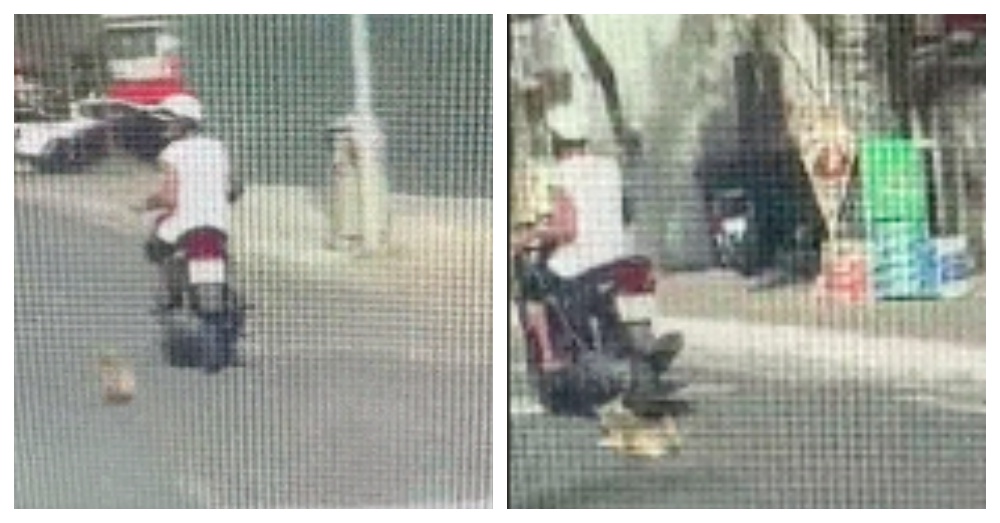 With the help from a man, the women were able to stop the monster. There was a long trail of blood on the road and the dog was struggling to stand on his injured paws. The women grabbed the rope from the monster and then proceeded to argue, refusing to leave the terrified dog. 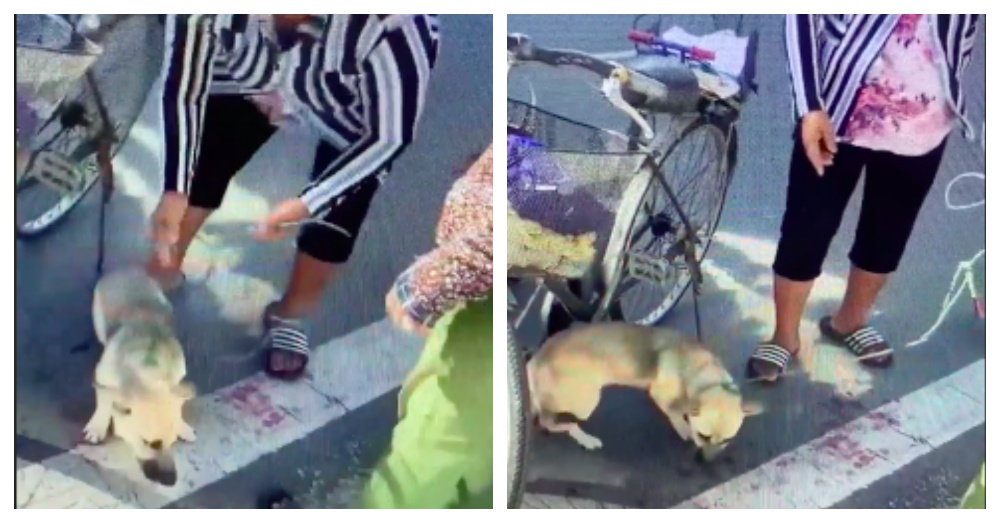 Fight Dog Meat, an animal welfare group that helps rescue and re-home dogs and cats from the meat trade, posted the video and said, “The motorbike man was furious and threatened them, but they held firm and protected the injured dog. The motorbike man tried to pretend he didn’t know, etc. The ladies didn’t believe a word he said.”

Finally, the man gave up and got back on his scooter and drove away. The women took the injured dog to the local vet for medical treatment. 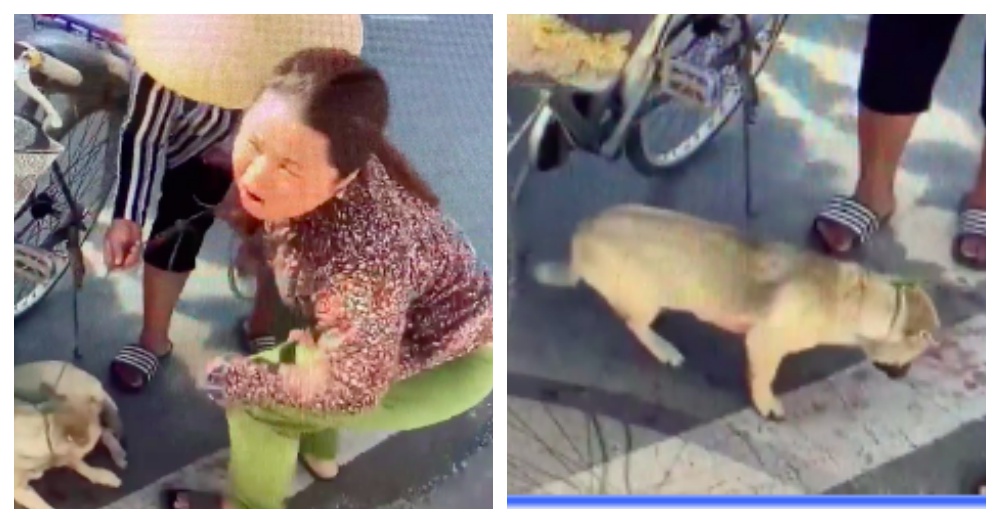 The rescuers assumed the dog was going to be sold for meat but was rescued just in time. Fight Dog Meat thanks the women for being brave and saving the little dog’s life. You can view the video by clicking here.

Sadly, about 5 million dogs are killed each year in Vietnam’s dog meat trade. Many of the dogs brutally slaughtered are stolen pets and the rest are strays. The dogs and cats suffer intense pain before they are killed and eaten. This cruelty has to end, and you can help by signing the petition below.

Dogs Are Not A Delicacy 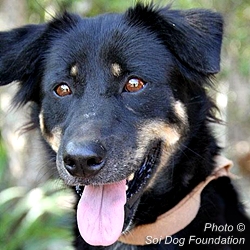 Dogs are stolen from loving families and off the streets in Thailand. These poor dogs are then thrown into overcrowded crates, which are stacked and illegally transported by truck and by boat into other countries; particularly Vietnam, where dog meat has become a sought-after delicacy.
The dog meat trade in Vietnam is horrific, illegal, and inhumane – and must be stopped.
Make a difference!