Harold Palmquist is biking across the country with his dog to help save the lives of the 40,000 homeless veterans in the United States. His story behind it is a fascinating one.

Palmquist served in the Air Force as an aircraft armament systems specialist. Once he was out of the service, he got married, had kids, and got divorced. Then his life started to go downhill. 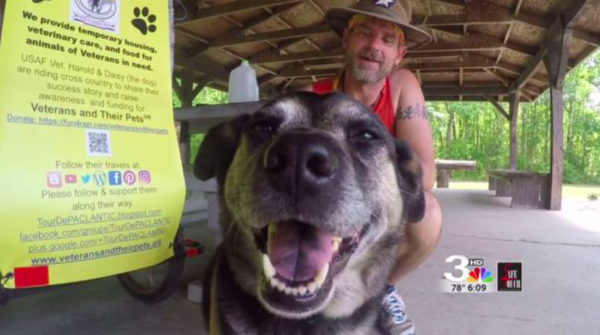 He was running out of money, so he started to drive a taxi to make some cash. Since he didn’t have a home, he would live in that same taxi. He approached a shelter who agreed to take him in, but they said his dog, Daisy, would not be able to stay with him.

That’s when Palmquist called Veterans and Their Pets, who said they would take Daisy in until he could get back on his feet. 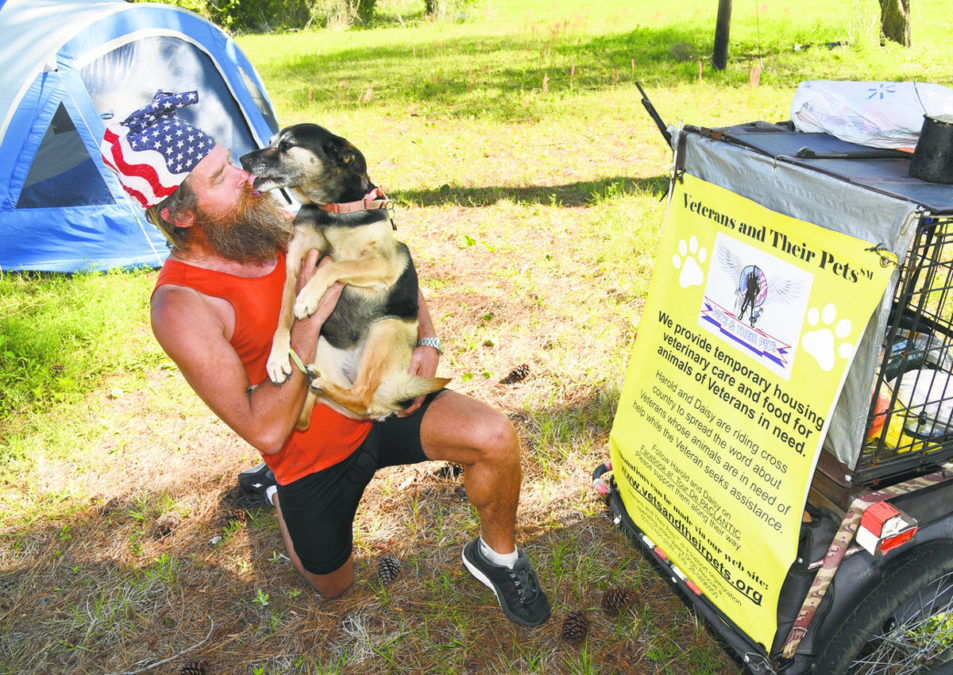 Despite everything Palmquist has been through, he has never given up on life and he’s now using his rocky past to make a difference for others. He is now biking across the country with his furry best friend to raise awareness for vets who are just like him.

“I can do this and I can show people veterans will stay on the street instead of parting with their animals,” Palmquist told WSPA. “I had my bike, how am I gonna hall the dog… bought myself a trailer, and the dog crate I had with me… that’s why it kinda looks homemade like this and we crossed the country.” 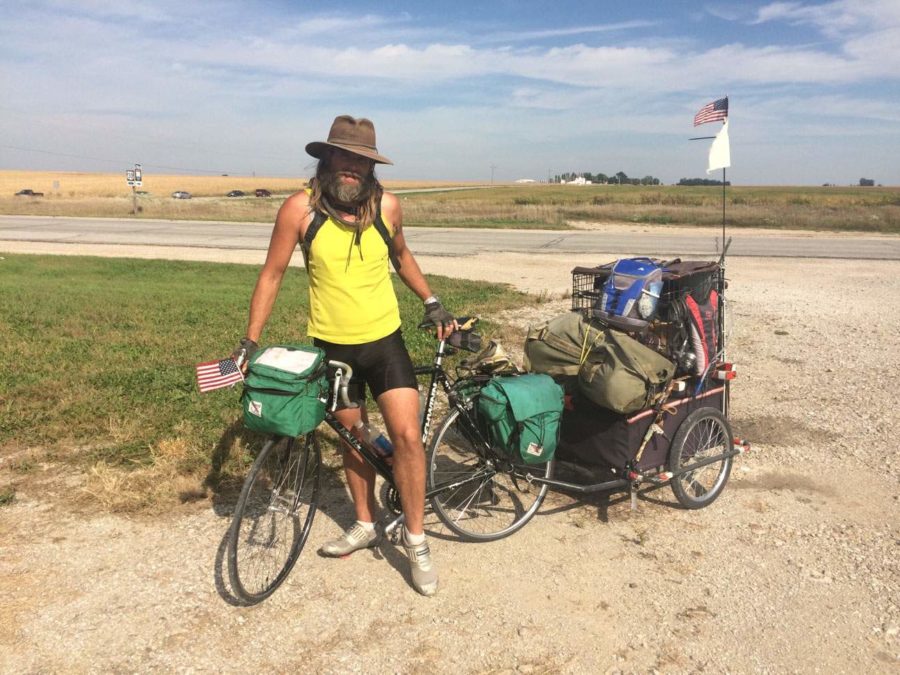 He biked from Los Angeles to St. Simons, Georgia, and now they are biking all the way back. 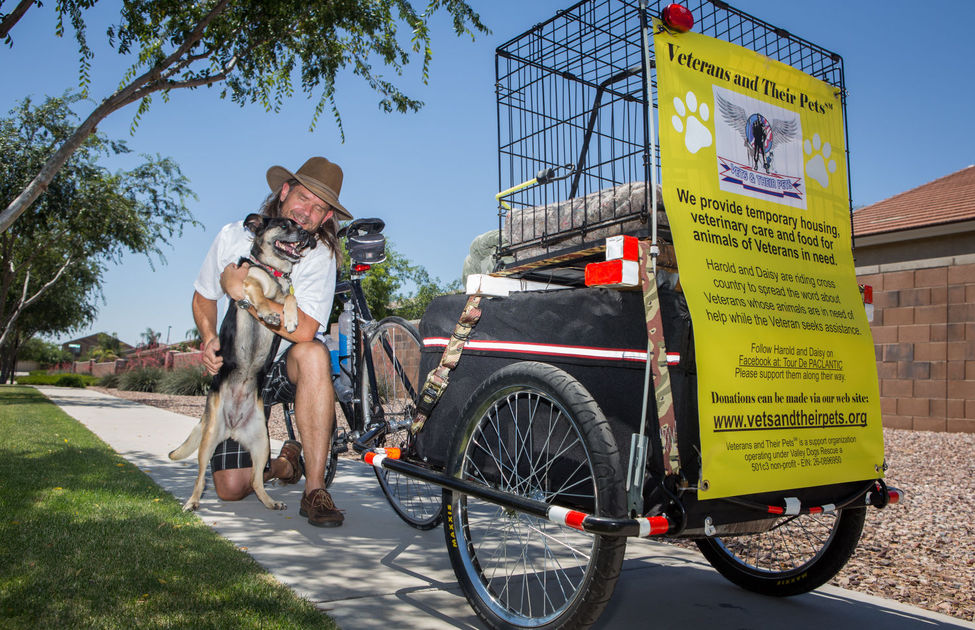 Palmquist shares all of the moments from his travels on his Facebook page.

To help this great cause, you can click here to donate to Veterans and Their Pets.

Learn more about this paw-some story in the video below: