Veteran With PTSD Says Adopting A Dog Saved His Life

Jason Manley served five combat tours in Iraq and Afghanistan, but when the retired Army Staff Sergeant was diagnosed with chronic PTSD, he was still told it would take 2 years to get a PTSD service dog. So Manley and his wife, Jessica, decided to visit the local animal shelter. And not only did the veteran find the perfect dog, it actually seemed like the shelter dog selected him.

“As soon as they bring him into the room, he runs up and immediately gets in my lap … he’s sitting on my lap, and my wife’s in there, the other volunteer is in there, but he was only interested in me,” Manley told The Columbus Dispatch. “And you know, it was at that point I knew that he was mine.” 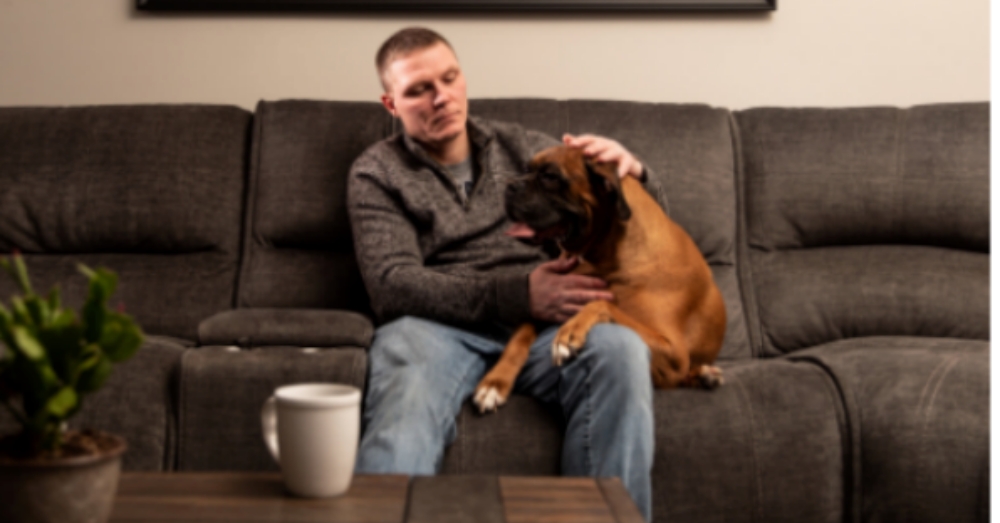 It wasn’t long after Manley adopted 1-year-old boxer, named him Abraham Lincoln after his favorite president, and started training him to be a PTSD service dog that the veteran noticed a marked improvement in his anxiety, depression, and other social phobias.

“These dogs don’t just change your life. On any given day … these dogs can save your life,” the veteran recalled. “If I didn’t have Abraham, I don’t know how far I would have gone to find relief from the torture that PTSD can be.” 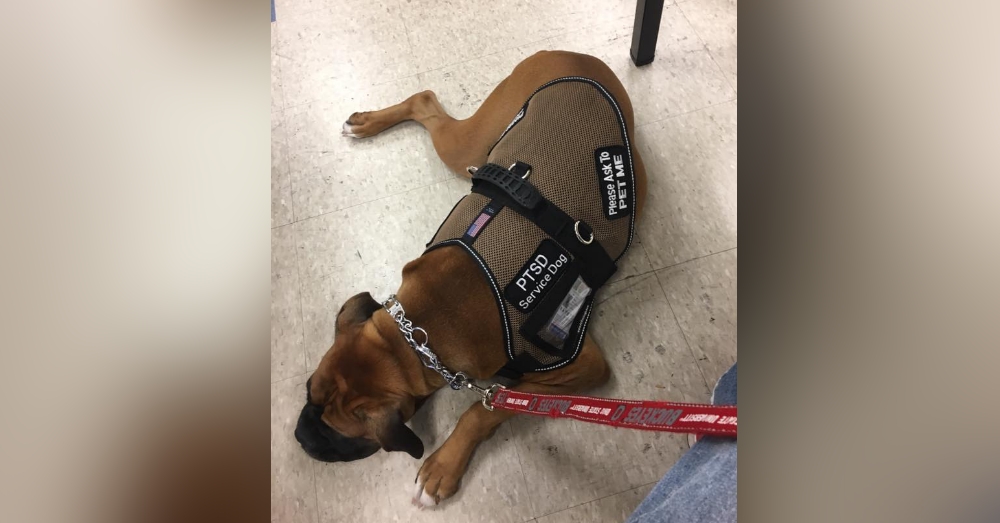 This life-changing breakthrough inspired Manley (with the help of a local veterinarian, Heather Lane) to create a program that would pair rescued pups with other veterans who might find service dogs helpful in coping with PTSD.

In 2015, Manley and Lane founded Veteran Companion Animal Services, which pairs Ohio veterans with local shelter dogs and supports them throughout their first year of training. Naturally, Abe was a model “spokes-dog” for the program, which has already paired dozens of shelter dogs with veterans. 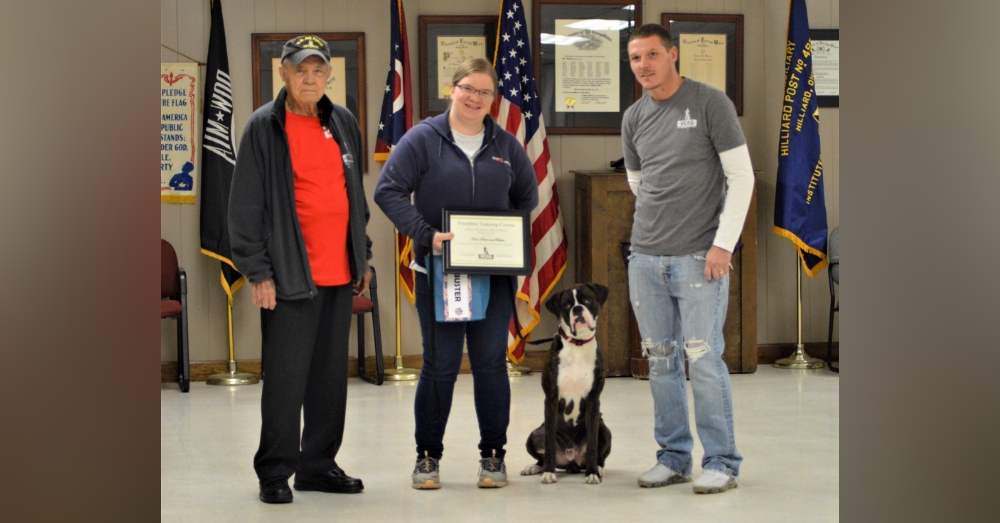 “When Jason and Abe would go and speak with other veterans or other groups of people, (they) could tangibly see, ‘Wow, like that’s what this dog does for him,’” Lane said. “You know, if you’re speaking to a group of veterans, the dog just kind of puts them at ease and relaxes them.”

But in 2019, Abe suddenly started struggling to walk. He was later diagnosed as degenerative myelopathy, a condition that causes progressive paralysis in older dogs. Within three months, the sweet dog had sadly died. 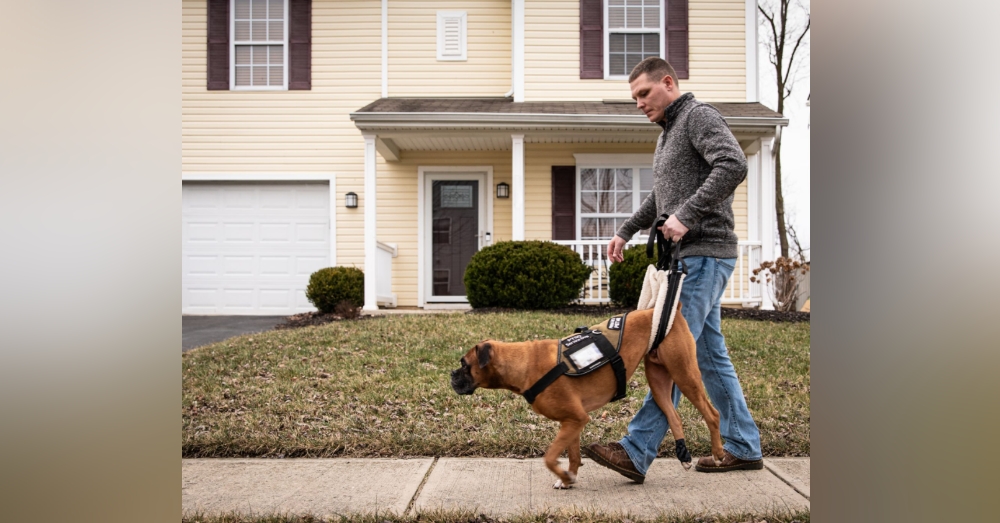 But Manley and other VCAS members were determined that Abe’s death wouldn’t be in vain. “We talked a lot just about the impact that Abraham has had over the years,” said Laine. “And his story is so special, we wanted to be able to share that.”

These efforts blossomed into the “I’m With Abe Club,” which asks members to donate at least $10 in monthly fees to help cover the costs of adoption, service dog training, and supplies for other veterans in need of a rescued dog-turned-therapy-pet. 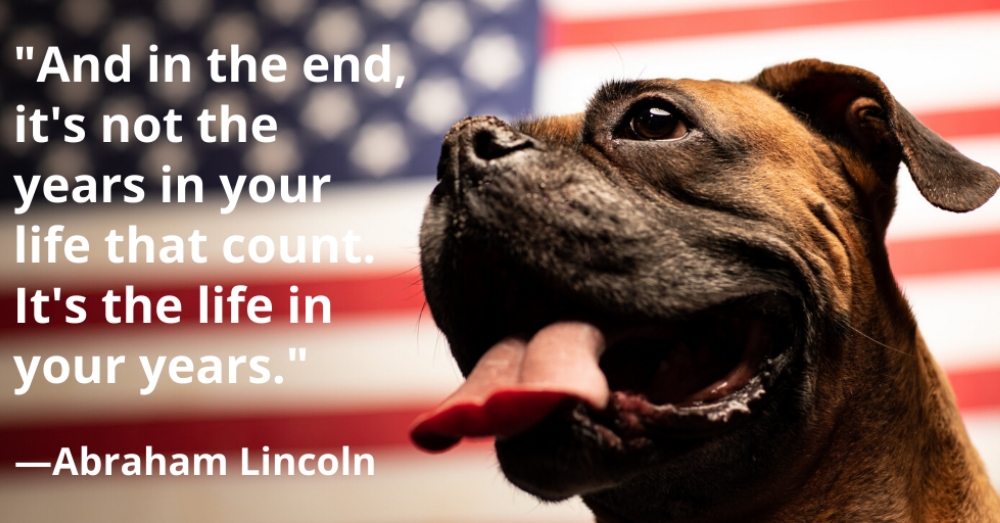