Vet Was Asked To Euthanize This Disabled Kitten, But Decides To Adopt Her Instead

Pitoe is a 4-year-old cat with a severe case of scoliosis, which causes the British shorthair’s acutely curved spine. But Pitoe’s unusual look hasn’t prevented this sweet girl from enjoying her best cat life, which was thankfully saved by a kind veterinarian.

Pitoe was just a kitten when a pet vendor brought her in for euthanasia, convinced she came from a “bad litter” of kittens. But the vet disagreed that Pitoe’s life was worthless simply because she might not find a buyer. Instead of completing the procedure, the vet offered to adopt the kitten into his own family. “The owner happily agreed, and a match made in heaven was created,” the veterinarian’s daughter, Marie, explained on Reddit. 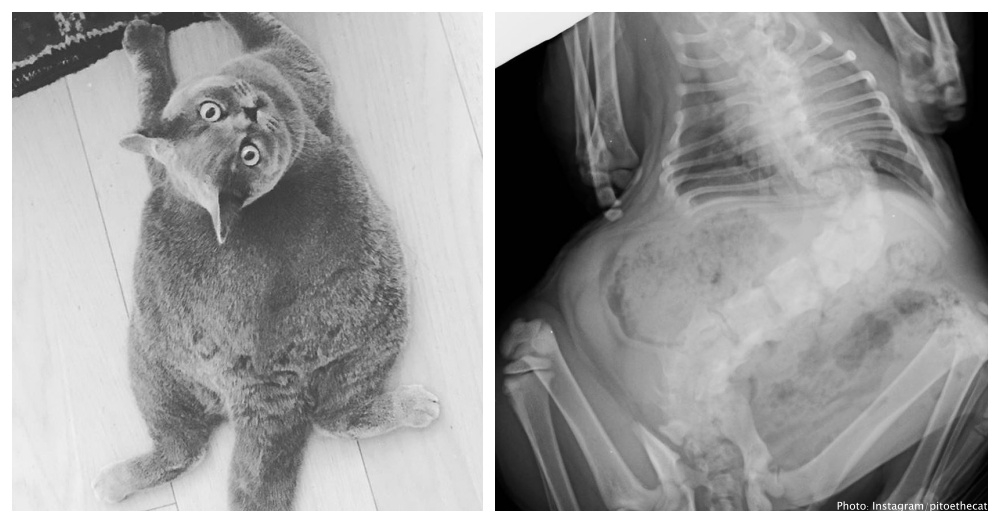 Now the disabled cat lives with Marie’s grandparents, who always wanted a cat but worried about the feline jumping or falling off their balcony and getting hurt. But Pitoe’s disability makes her less mobile than other cats, allowing the elderly couple to dote on their sweet, special-needs kitty without constantly fearing for her safety.

“She can’t jump at all … and one of her hind legs isn’t as functional, so she often drags,” says Marie, explaining how the cat’s chonky appearance actually stems from her scoliosis. This condition makes the cat look rotund although she’s kept on a strict diet to maintain her healthy weight, she later explained to Bored Panda.

This beachball of a cat. (Though she looks severely overweight, she is not! Pitoe has severe scoliosis which makes her body short & round. Link to xray in comments.) from cats

But even though she can’t jump, Pitoe “can waddle, run, play, and climb like a pro,” says Marie, describing a charismatic and pain-free cat whose disability clearly hasn’t affected her attitude any. “The first thing she’ll do when someone new comes around is waddle toward them and go lie on her back — no one can resist her after that,” she wrote.

Marie is sharing Pitoe’s story to encourage people to adopt disabled animals, because Pitoe’s family has never regretted opening their homes to this special-needs kitty, who is “spoiled rotten” and lavished with attention whenever her grandparents are home. 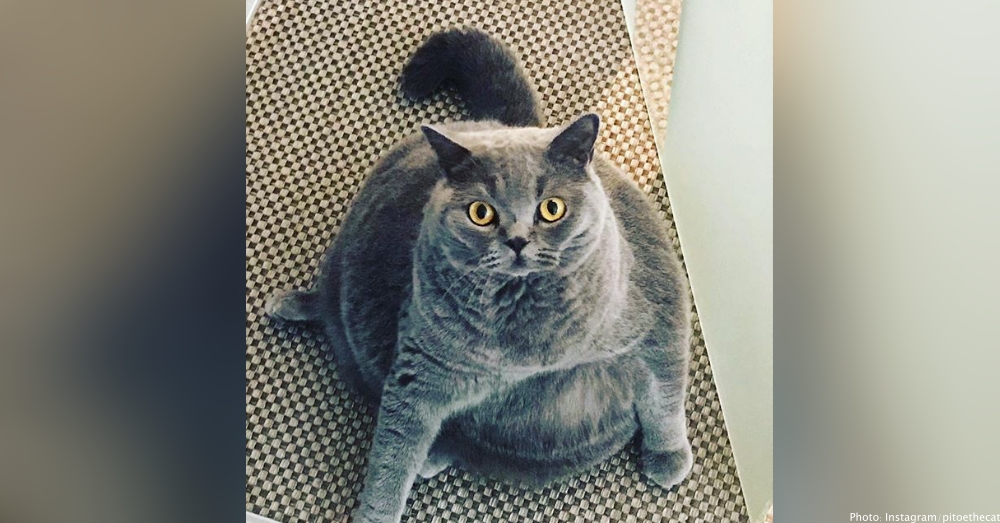 “It’s crazy to think how close she was to being put down, and now she’s the love of my grandparents’ — and our entire family’s — life,” Marie said, who also runs an Instagram page for their beloved family feline. “It’s so worth it giving a special-needs cat a chance.”