As Soon As The Vet Put His Hands On Their Rescue Dog, Everyone’s Jaw Hit The Floor

Much of the time, there’s no rhyme or reason to adoption. Puppies and kittens generally find forever homes first, but growing numbers of folks realize adult cats and dogs have plenty to offer, too.

Unfortunately, this isn’t always the case for senior pets, whose advancing years often scare off prospective adopters. This is really a shame, because older animals tend to be better trained and more relaxed than their younger counterparts. 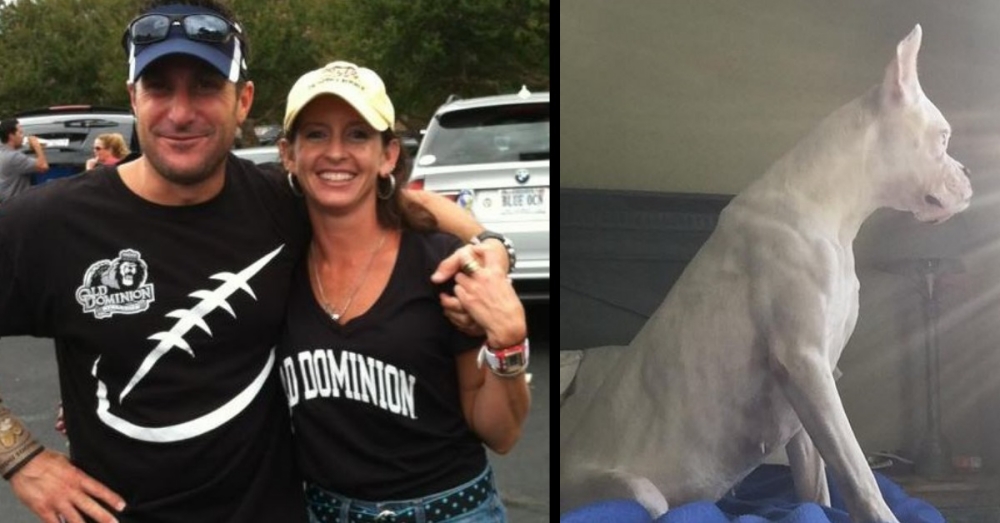 So Virginia residents Tom and Jane Cannone were genuinely perplexed to see prospective rescuers roundly rebuff a sweet senior dog named Boombox. The couple could clearly see the Boxer would be perfect for the right family, but the dog was repeatedly overlooked for adoption online.

When the concerned couple finally reached out to the animal shelter, they learned that Boombox actually deaf. This would certainly make it difficult for the new owners to issue commands, but the Cannones were up to the challenge. Somehow, they knew Boombox was meant to be part of their family! 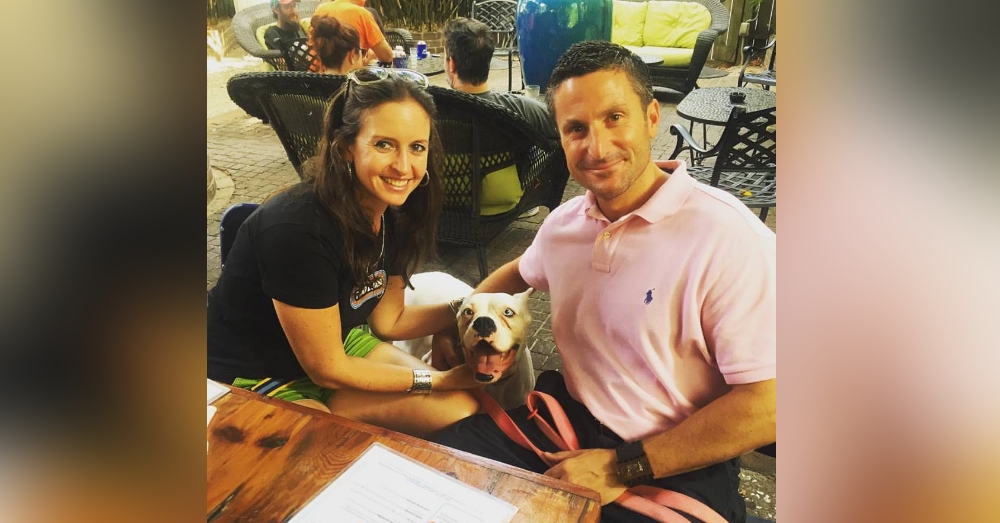 Tom and Jane quickly jumped in their car, then drove from their house in Virginia to the animal shelter, which was located in Charleston, South Carolina. After they signed the papers and brought Boombox back to their house, they saw the sweet Boxer was already well-trained and loving, exactly as they’d suspected.

At the vets, however, the pair were truly in for a surprise.

Upon learning Boombox was deaf, the vet, Layne Brett, had decided to conduct an experiment. When he instructed the dog to “sit” using dog sign language, Boombox immediately sat down. In addition to being impeccably trained, the senior boxer was also fluent in sign language. 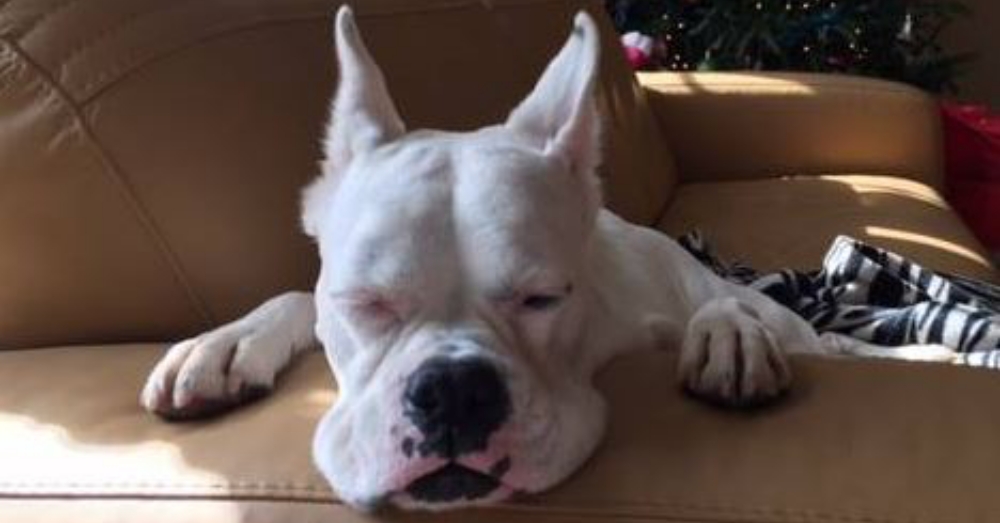 Developed by dog trainers, this canine equivalent of sign language is more common among K-9s and show dogs, but Boombox’s former owners had rightly suspected it would also help this sweet senior overcome her disability.

“When we hold a finger up and motion to her, she knows it’s time for her walk,” Jane Cannones told The Virginian-Pilot. The dog’s disability is also handy in other cases, because Boombox doesn’t get worked up by things that would send other dogs into a frenzy. 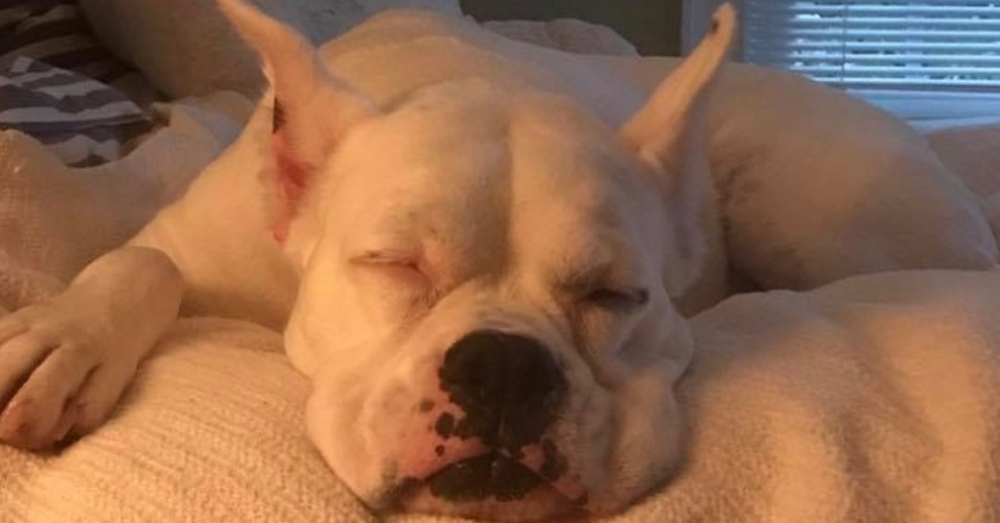 When “other dogs in the neighborhood are barking, and people ask me how I keep Boombox quiet,” Jane says, “I just tell them that she obeys.”