Every year millions of wild animals are struck by cars, resulting in injuries and death. States are now trying a different method to reduce the amount of wildlife collisions – wildlife bridges.

Utah’s first wildlife bridge, Parleys Canyon Wildlife Overpass, provides safe passage over Interstate 80 near Salt Lake City. Utah Department of Transportation decided to build the bridge at this location after 46 deer, 14 moose, and 4 elk were killed in the area in two years.

The $5 million wildlife bridge was constructed in 2018 and it is proving to be money well spent. Utah Division of Wildlife Resources posted footage of wild animals ranging from chipmunks to moose using the bridge to safely cross the busy interstate.

They captioned the video with, “It’s working!”

Bears, bobcats, and deer also frequently popped up on camera taking full advantage of the bridge. There were even a pair of fawns spotted using the overpass.

“So wonderful to see this. Let’s build many more near major highways so that the beloved wildlife can always cross safely,” wrote a follower.

Colorado, Montana, Wyoming, and California are just a few of the states that have also invested in protecting wildlife and motorists with wildlife overpasses and underpasses. Overpasses provide a safe path for large and small animals while underpasses allow turtles and other timid creatures to safely pass under highways.

Colorado has seven wildlife crossings, two overpasses and five underpasses, which have drastically reduced the amount of collisions and saved lives. 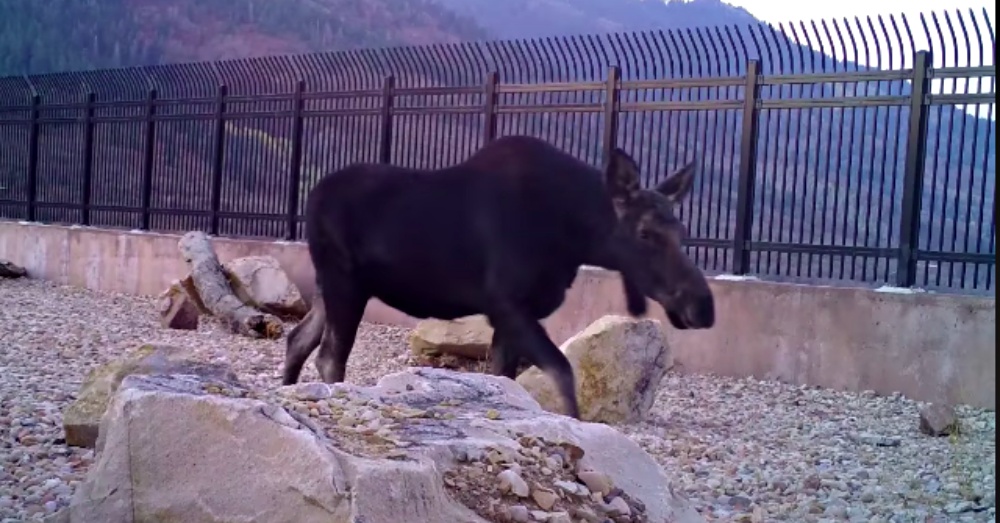 Montana has an impressive 41 underpasses and overpasses along Highway 93 that have saved countless animals and people.

In western Wyoming, Trappers Point, there are two overpasses and six underpasses with fencing meant to direct wildlife to one of the safe passages. Wildlife-vehicle collisions fell by 80 percent in the first three years, proving wildlife crossing points are effective.

California is in the process of completing the world’s largest wildlife bridge over U.S. 101 near Los Angeles, which will protect migrating wildlife and drivers.

Rob Ament, the road ecology program manager at the Western Transportation Institute, told National Geographic, “You can get reductions of 85 to 95 percent with crossings and fencing that guide animals under or over highways.”

Watch as wild animals safely cross over the busy interstate on the wildlife bridge in the video below.