See Why The ‘Usain Bolt of Pugs’ Deserves Her Nickname

It’s not every day you get to see the fastest pug in the world, and unless you’ve got your eyes peeled wide, you miss your chance at seeing this one, too.

During Berlin’s International Pug Race, part of the 9th International Pug Meeting, a capable canine named Emma took first place, covering 50 meters (164 feet) in under six seconds, faster than any of the other 70 Pug participants. According to Insider, Emma trotted away with some spirited congratulations and a new nickname, “the Usain Bolt of Pugs.”

She deserves it, too. This is Emma’s third year winning the race. 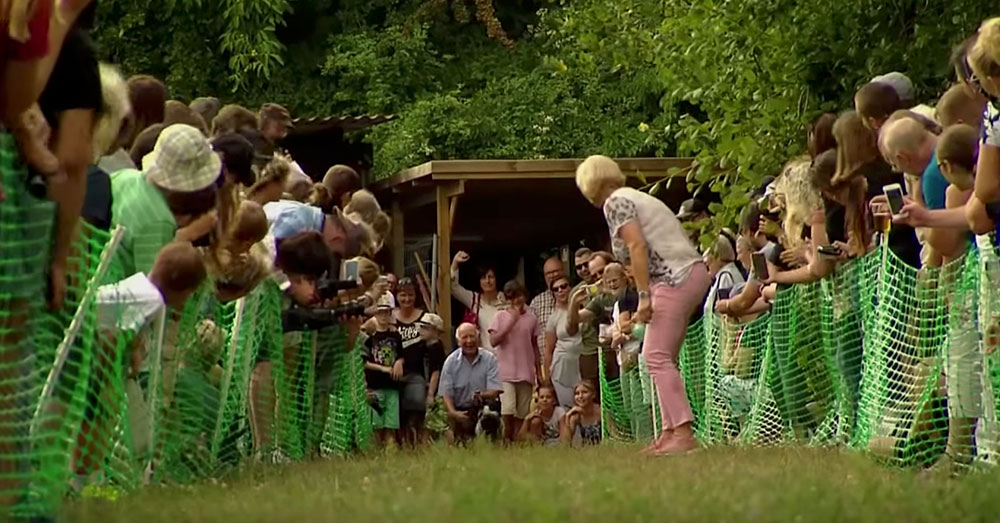 Source: YouTube/ODN
Over 200 pugs from around the world attended the meeting.

“Everyone has weathered the race well,” a race spokesman said.

Emma’s 5.866-second finish was recorded by electronic timekeeping technology, as well as a camera crew from the Associated Press. Along with a first place medal, Emma took home a trophy and a fluffy new blue, pug-faced sitting pillow to rest her legs on. 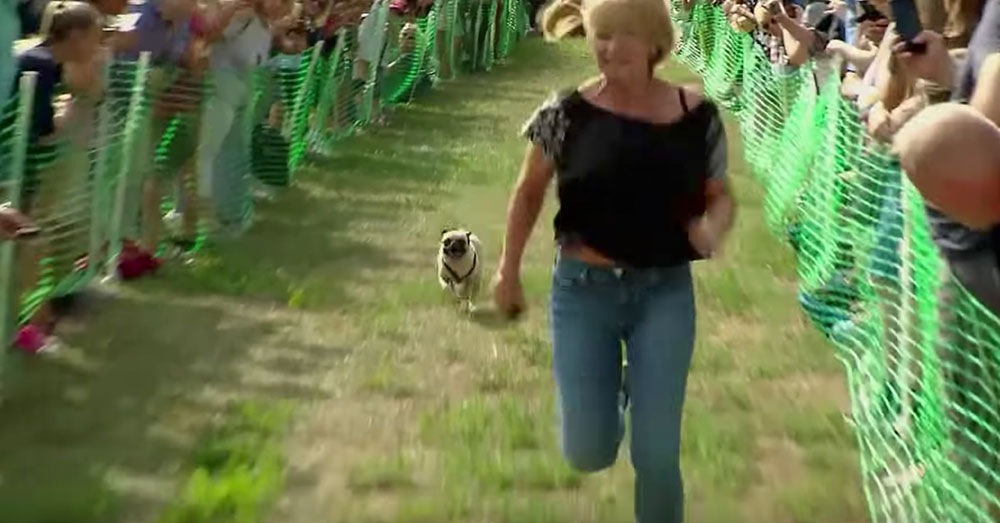 Source: YouTube/ODN
Emma was the fastest, for the third year in a row.

Emma was the fastest by far, but plenty of other pugs were just as fun to watch. As Pickle reports, one came within inches of the finish line right before heading the other way.

It was warm the day of the race, so race organizers placed cool water basin alongside the track. Several of them were also there to corral the thirsty pugs who had trouble finding refreshment. 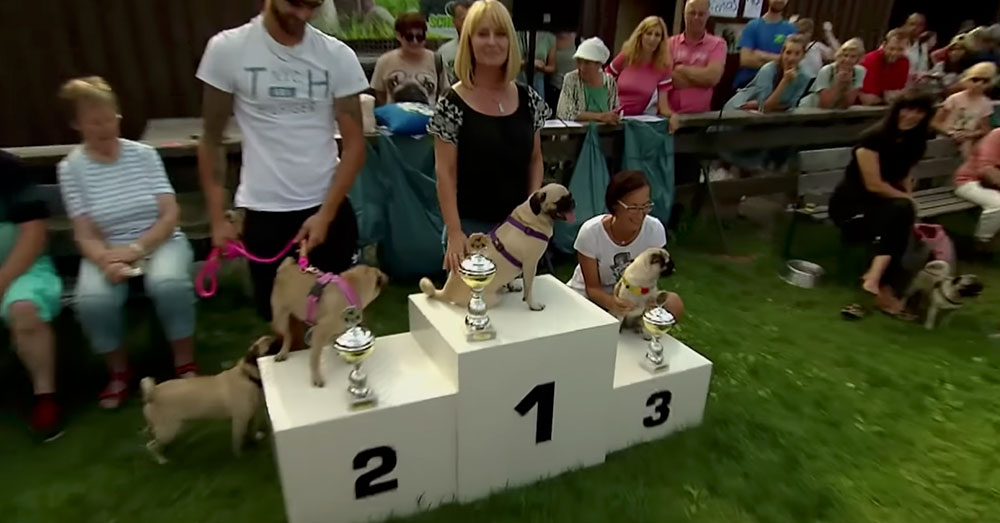 More than 200 pugs attended the meeting, which attracts attention from all over the world.