The question was bound to come up eventually. A true show of force between our nation’s mascot and the aviary emblem of our neighbors to the north has provided the final answer.

The arena, Vancouver Island. The prize, North American supremacy. The combatants, a bald eagle and a Canada goose. 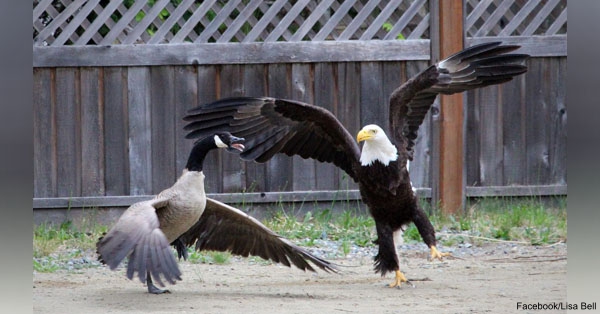 One would think many in the Pacific Northwest would feel the force of nations at war as these feathers began to fly just after 7 a.m., but one would be mistaken. While photographer Lisa Bell was the only witness to the two belligerents, she had the foresight to bring her camera along.

“There was a whole bunch of noise to begin with,” she said. “The eagle was sitting on the goose. I scooted to get my camera, and when I came back down he was still there.” 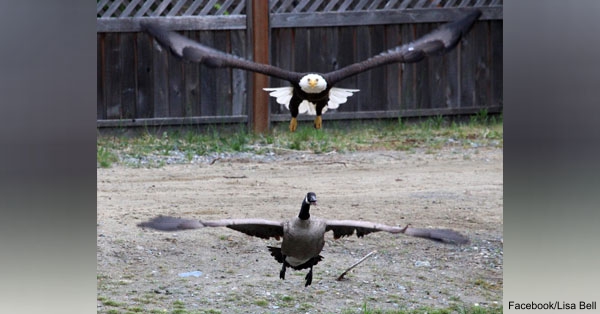 No one had alerted Bell to the political tensions in the area. But even with the potential death toll of the skirmish exceeding 33 percent, she uncapped her lens and took on the role of war correspondent.

For a few seconds, at least. 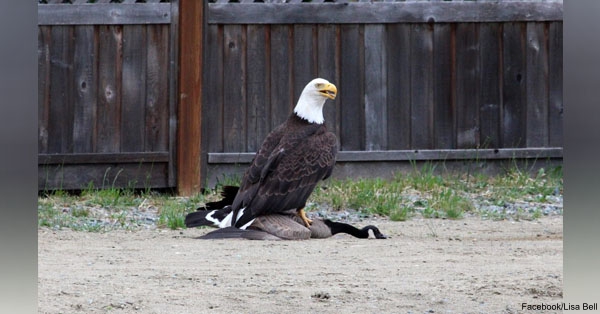