When Sadie’s owner moved away, the 6-year-old German Shepherd was surrendered to Ramapo-Bergen Animal Refuge, a New Jersey animal shelter. Staff recalled how the 6-year-old dog acted “confused and seemingly lost” all the time, which is understandable, but the dog’s anxiety around strangers also complicated their efforts to find Sadie a new home.

But that changed when Brian came into the shelter, and felt a special connection with Sadie, even though the dog’s bio warned she was wary of men. “Brian felt a special bond with Sadie, as he valued her intelligence, hesitancy to trust and fierce loyalty once she did form that trust. Brian gave Sadie a second chance at life,” shelter workers explained on Facebook. It wouldn’t be long before Sadie returned the favor. 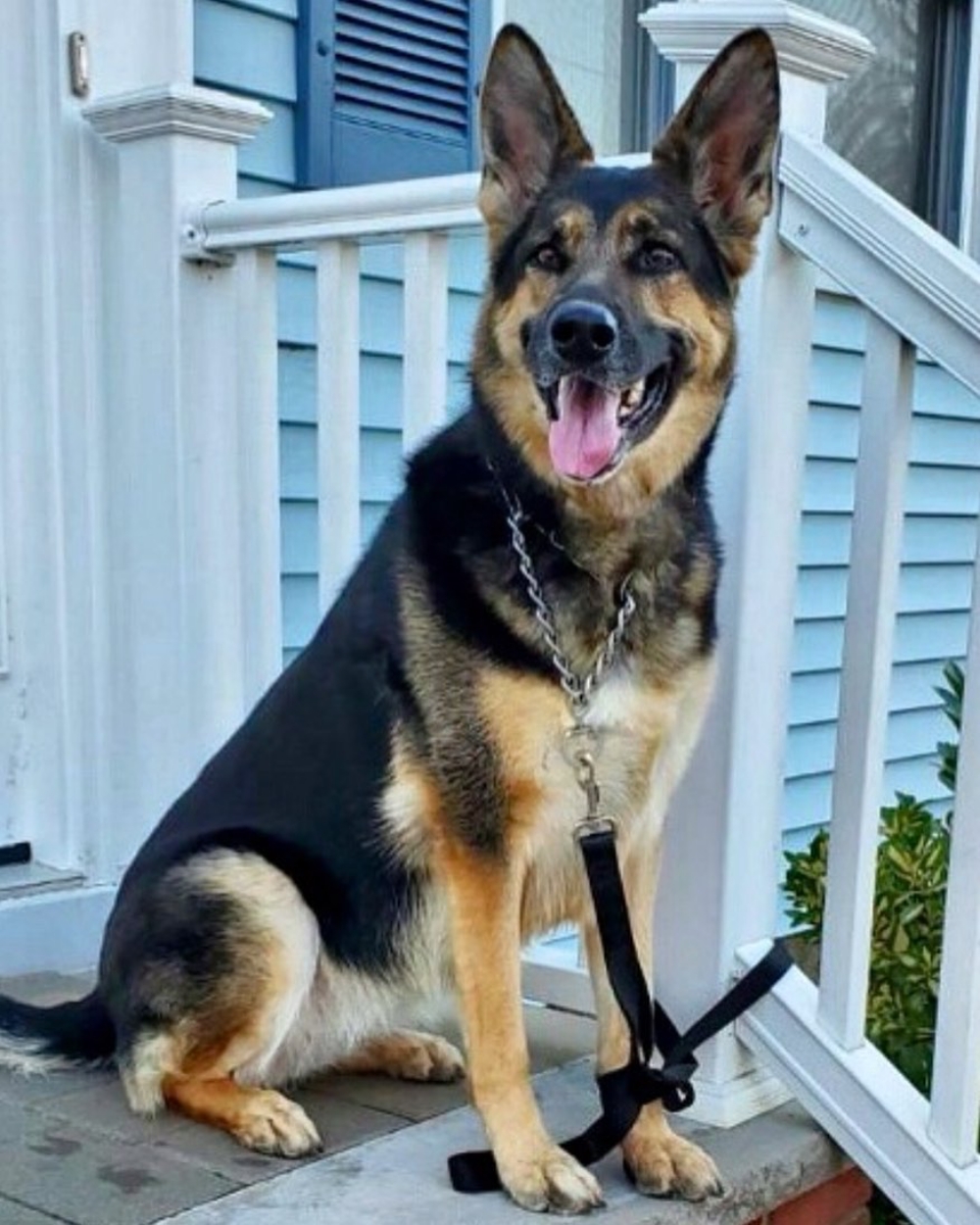 Just a couple of months later, Brian and Sadie were at home when Brian suffered a stroke and collapsed. This time, it was Sadie who stepped up to save the day. (It’s no wonder German Shepherds are frequently tapped to be K-9s).

Not only did the loyal dog refuse to leave her new owner’s side, Sadie licked Brian’s face to keep him awake, and then dragged him across the room to his cell phone. “Sadie was the only reason that Brian was able to call for help,” the shelter wrote. “This time, Sadie gave Brian a second chance at life.

A Very Special RBARI Story! RBARI Alumni Sadie saved owner’s life, as she drags him to help after suffering a…

Now this very good girl is staying with family while Brian recovers at a rehab center, which doesn’t allow dogs, but this devoted duo FaceTimes each night until they can be reunited again. “As is common to her breed, she is loyal and loving with her chosen people,” the shelter wrote on Facebook, quoting a line from Sadie’s bio. “No one could agree more than Brian, who is alive today thanks to Sadie’s devotion and quick thinking.”