Animals are often anxious when flying, and a recent string of unrelated airport incidents isn’t giving them any reason to relax.

While the image of a kenneled dog left outside in the pouring rain outraged people on social media, the death of another during an extended flight delay has signaled woeful neglect in the airline system.

Barbara Gallently’s image of the dog, left outside a United Airlines flight in the rain for at least an hour, attracted the attention of singer Sia, who went so far as to say she would never fly with the airline again. 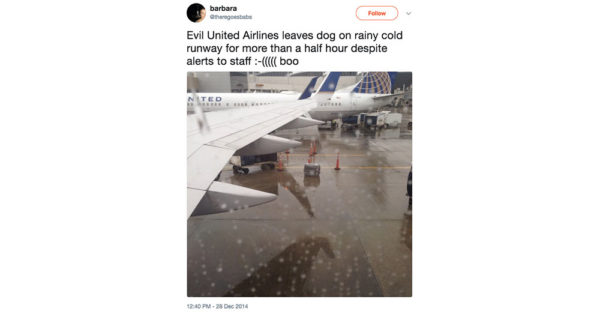 “The ramp agents, by practice, board pets last after the baggage so they can be first when the plane lands,” United Spokesman Rahsaan Johnson told the New York Daily News.

The airline itself had an excuse as well.

“Thanks for telling us. The weather can change & may have been clear when PetSafe dropped off. They’re the ones to call too,” United’s Twitter account posted. 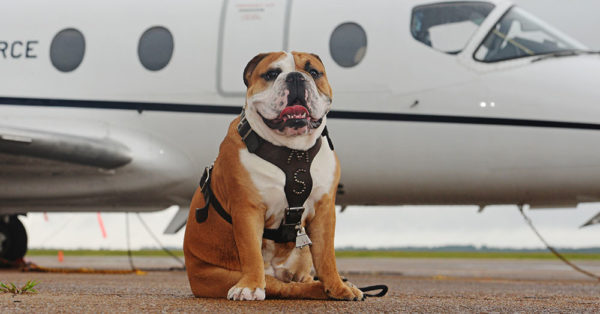 While the owner of the animal was not questioned, it’s assumed that they would want the best for the pet, understanding the importance of knowing that their furry friend is kept in a safe and secure spot throughout the flight. While that promise may have been kept by United on other accounts, one of the airline’s jets held on a Houston tarmac for two hours led to the death of another dog, stowed in the cargo bay.

According to ABC News, a 5-year-old Cavalier King Charles spaniel belonging to the Rasmussen family of Houston passed away in the plane’s storage before it left for San Francisco, where the family was alerted to the death of their pet.

“We are still waiting for answers, but what we do know is that our flight was delayed on the runway in Houston for almost two hours,” the family posted to Facebook. 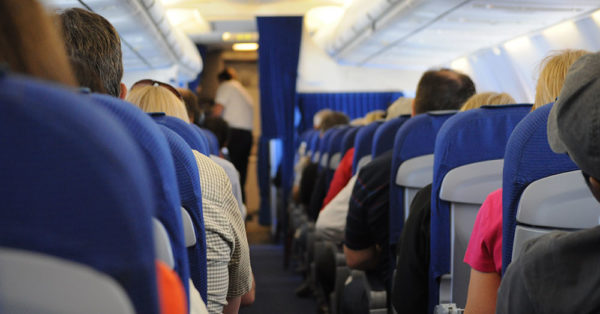 United has since reached out to the Rasmussens to offer condolences for the August 7 incident.

“We are so sorry to learn of Lulu’s passing and have reached out to our customer to offer our condolences and assistance,” a statement from the airline read. “We are deeply upset any time an animal suffers an injury while traveling with us and especially grieved in the rare instance that one passes away. We are conducting a thorough review of this incident.”

Brachycephalic dogs, those with a shorter snout, are more prone to respiratory problems, and air travel can pose a particular peril. According to the AVMA, such dogs are more likely to die in airplane cargo holds than other breeds and should be brought into the cabin, held in a carrier, whenever possible. 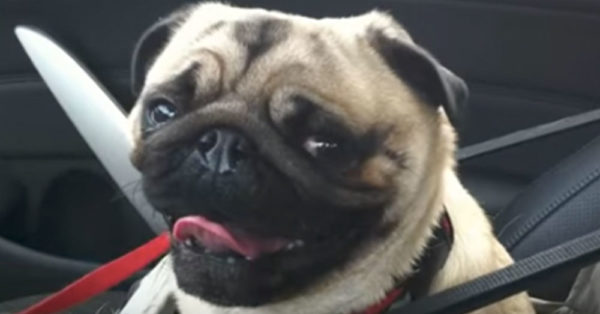 Air travel can be difficult on everyone, but especially so on pets. Sadly, pets die each year in cargo areas on planes because the trip causes too much stress on our little furry friends. Click the link below to learn how you can make air travel safer and more enjoyable for yourself and your furry friend.