Sox is an 11-year-old shelter dog who has been in and out of the North Fork Animal Welfare League for years. Previously, she’d been with a family for about 8 years until one day she found herself back at the shelter for good. Sox is a total sweetheart, but because of her age, she gets frequently overlooked by people coming in to adopt dogs. One volunteer, Valerie Sanks from Rocky Point, New York, knows just what kind of special girl she is, and was determined to help her find a home, so what better way than through a unicorn-themed slumber party? 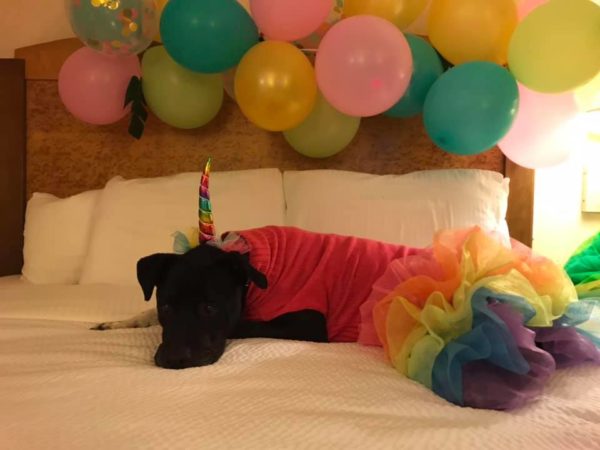 Not much is known about Sox’s past – the only thing that was certain, was her family wasn’t the most responsible, and she’d often be found by the shelter wandering the streets. The shelter always took her in until her family would come to pick her up – but then one day, they didn’t come. And poor Sox was left to mourn the fact they never would.

With Sox waiting for a forever home, Sanks decided to get Sox some attention by throwing her the best slumber party ever! 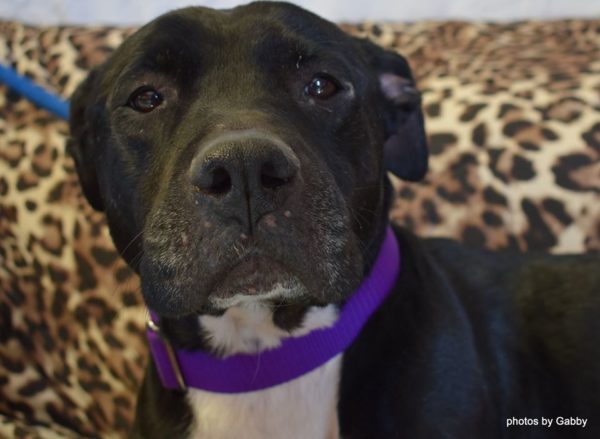 As Sanks recalled, “I saw the sadness in her eyes, and I thought she needed the most magical sleepover ever. Hence, the magical unicorn sleepover. I picked up my beautiful girlfriend at 1:30 p.m., and she was so excited — her tail was like a windmill or a helicopter. She knew she was going to have a good old time!” 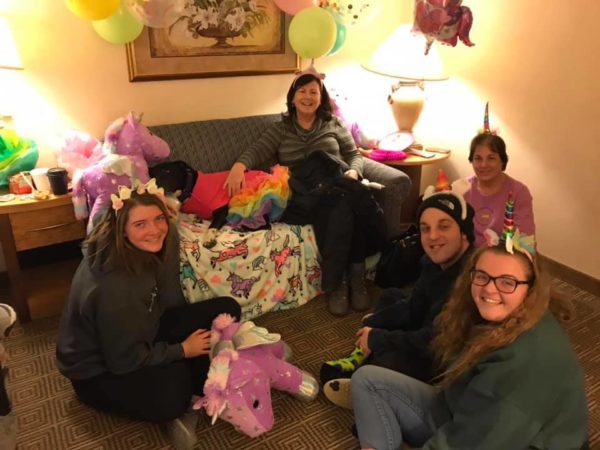 The sleepover party was at the La Quinta Inn. It was dedicated to the loving memory of Tay Tay – the first shelter dog to get her own special slumber party. Sanks had done many slumber parties for dogs before – and all of them found forever homes shortly afterward.

In fact, this wasn’t even Sox’s first sleepover, but her second. During her stay with the North Fork Animal Welfare League, she had a previous slumber party for St. Patrick’s Day, where she got in the spirit and donned an adorable green tutu and heart-shaped glasses. 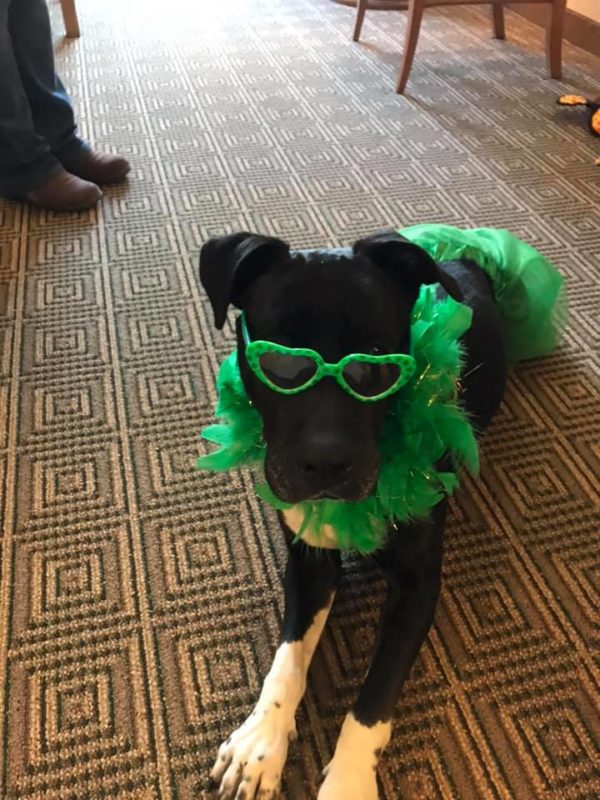 However, for this sleepover, the theme was everything unicorn. And it was complete with plenty of unicorn decorations, including an adorable Sox in a rainbow tutu. Sox had about 20 guests join her. Some were repeated visitors from her first sleepover, while others were completely new. Either way, she was happy to have them and thoroughly enjoyed being the life of the party.

Sox also got spoiled rotten with plenty of treats throughout the evening, including a delicious plain cheeseburger dinner. 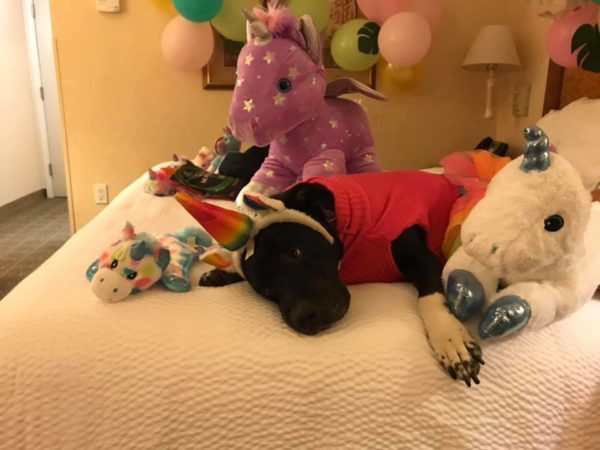 “Look closely into her eyes, and you will see her beautiful soul,” Sanks said. “She will love a person 100 times more than they could love her. She never forgets a friend no matter what time has passed — and she greets you like you are the most important person in the world.” 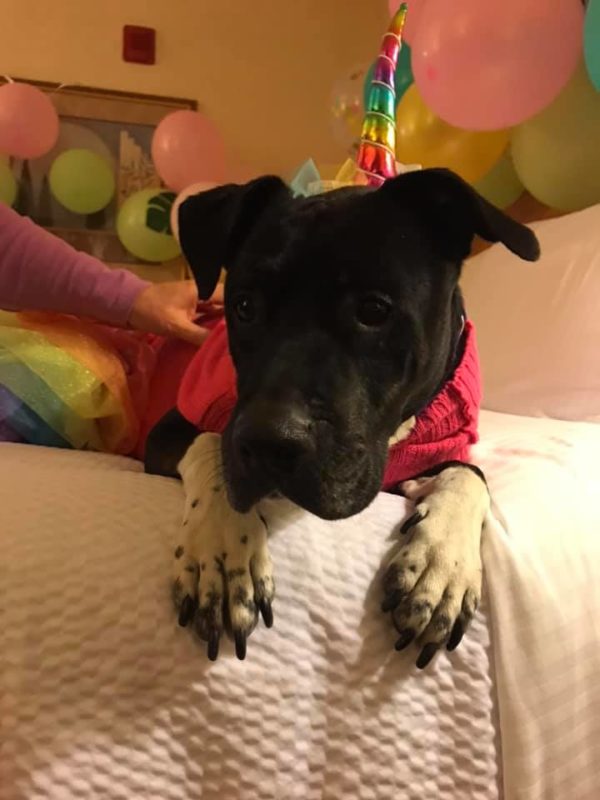 Sox had a wonderful time during her sleepover. However, she’s still hoping for a forever home of her own. Sox would do best in a home with no other dogs, and preferably she would have someone with her most of the day. If you think Sox could be the perfect fit for your family, please reach out to the North Fork Animal Welfare League.