Many dogs spent year in shelters and sadly some of them spend their entire lives there and never get to know what it feels like to be a real pet.

Shelter dogs have a hard time finding homes to begin with, but senior dogs and special needs dogs have an even more difficult time getting adopted. 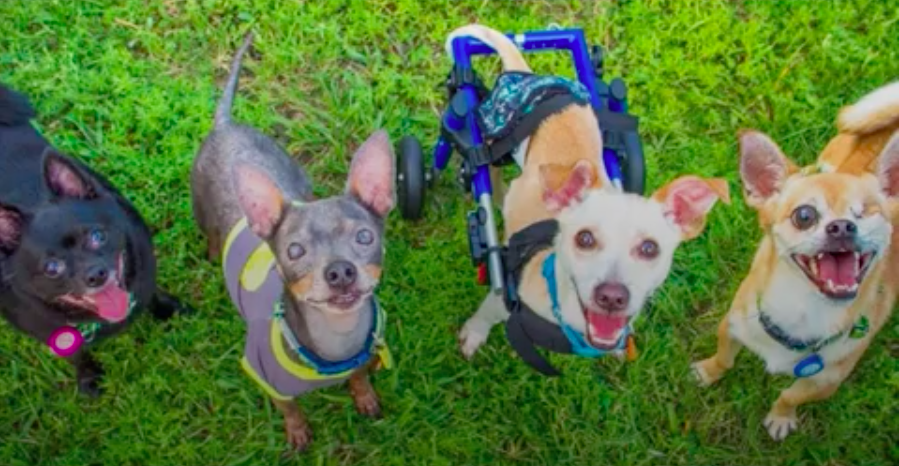 This kind-hearted family knows and understands that, and wanted to help out as many shelter dogs as possible. That’s when they decided to start adopting the most “unadoptable” dogs at the shelter, dogs that other people often overlook day after day. 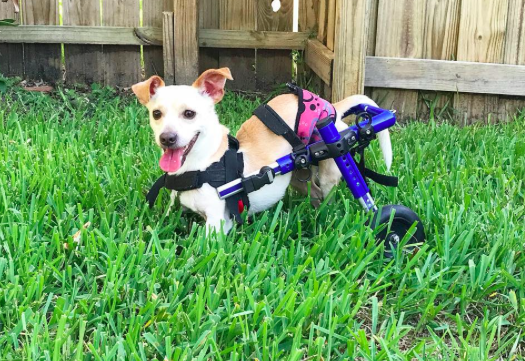 Each one of these special needs Chihuahuas that this family has adopted have all come from rough pasts. Charlie was rescued from an abuser, while Abraham was found on the side of the road. Peter came from a hoarder, and Harvey was going to be euthanized the day he was rescued. 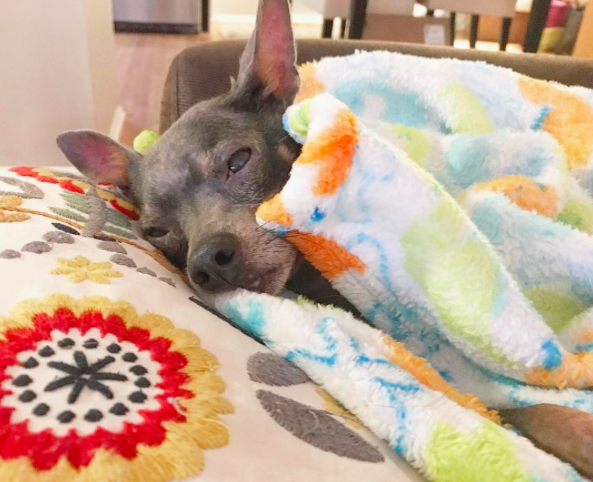 Harvey’s new mom received an email saying Harvey would be put down at 3pm that same day. The email explained that Harvey was 16 and “probably has cancer,” and that he was missing all of his hair and he just needs to go to a hospice home. His rescuer agreed to adopt him and then brought him to the vet. It turns out that Harvey is only five or six years old and definitely doesn’t have cancer! Thankfully Harvey got a second chance! 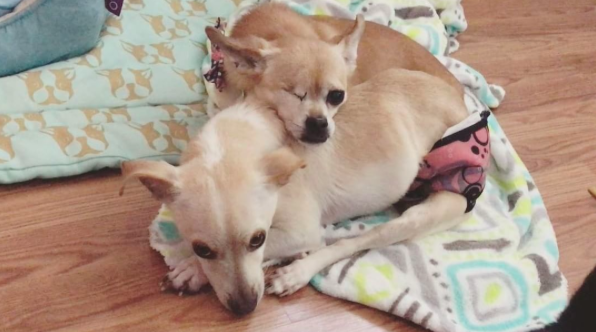 All of these dogs may have had dark pasts, but they now have bright futures. They’re all living the good life and enjoying their time with their new family. 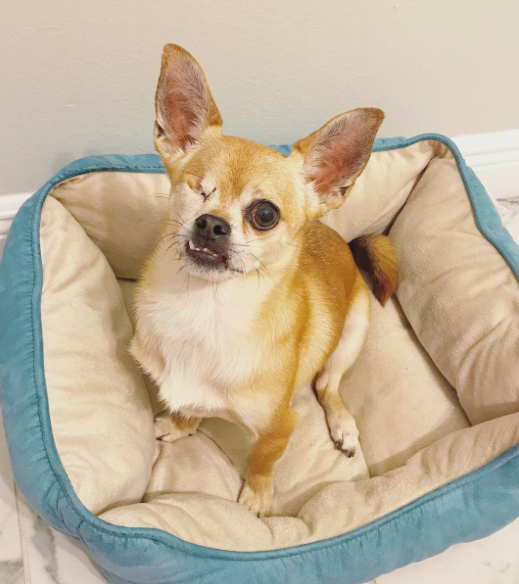 You can keep up with all of their adventures by following them on their Instagram page.