People are outraged after a disturbing video showed Ukraine official dragging his dog behind his car as punishment.

The dog named Barsik was chained to his owner’s Volkswagen and dragged along the tarmac, leaving a mile-long trail of blood. Passing drivers immediately intervened to save the dog.

People were shocked and heartbroken by the cruel punishment. One driver named Sergey told the local news, “When I saw this awful episode I could not just forget it and do nothing. I blocked the motorway with my car and forced the Volkswagen driver to stop. I untied the dog. The skin on its paws was peeled off. The wounds were bleeding horribly. 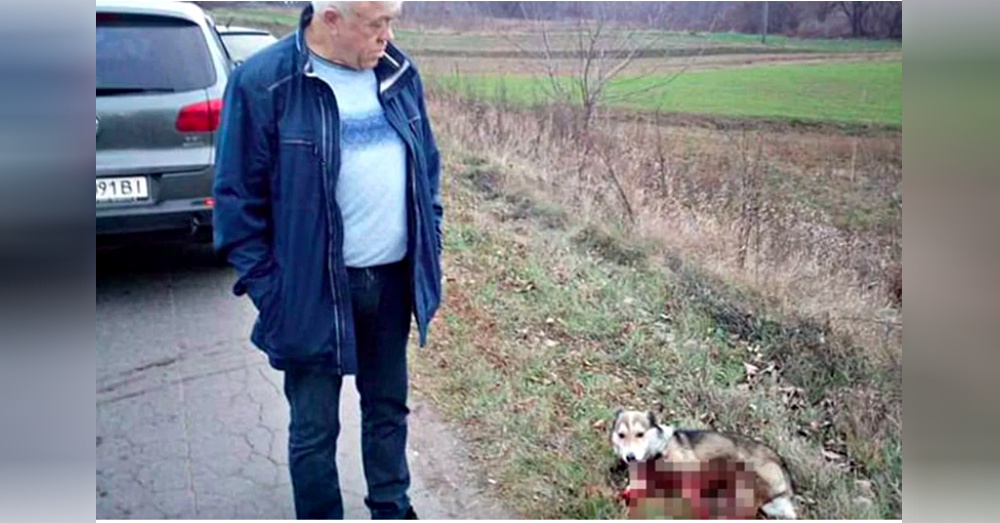 Ukraine official, Volodymyr Baidych, remained emotionless and unapologetic as he stood next to the severely injured dog. He said he was punishing his dog “for biting his mother. He said he was going to drag it to the woods and left it there to die.”

Barsik was rushed to a local vet that started to treat the deep wounds to the dog’s paws, stomach and neck. The vet said that in some places the wounds were down to bone and the dog was in shock. “After being tortured, the animal could not stop shaking for the next two days.” 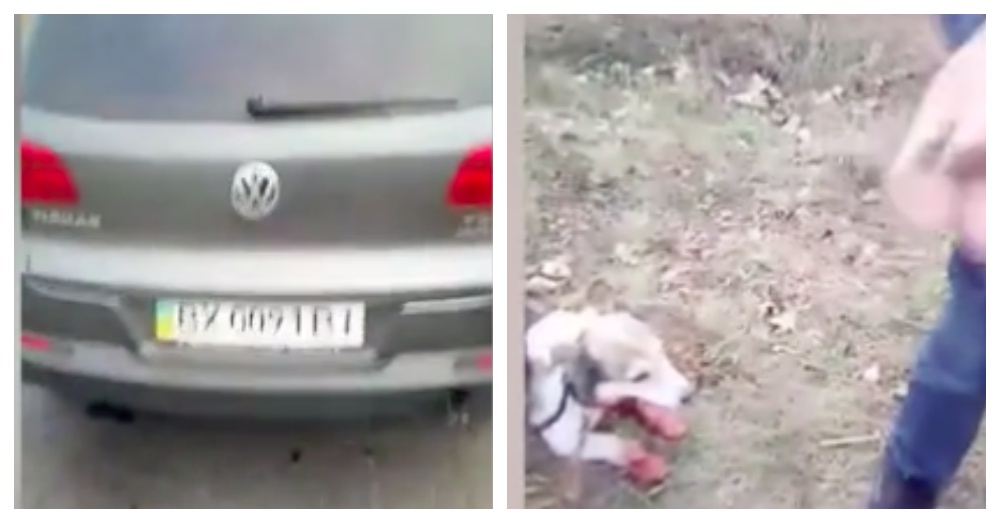 He is receiving all the necessary care and slowly recovering. Even after all the pain he suffered at the hands of a human, he remains sweet and friendly. A local resident, Natalia Pobozhna, heard his story and went to visit him at the clinic. She hopes to adopt him once he fully recovers.

As for the heartless Volodymyr, the local police are pursuing criminal charges. Inna Glega, a spokeswoman for Khmelnytsky Police Department said, “He is under investigation for animal cruelty. He faces up to three years in prison if found guilty.” A petition with over 32,000 signatures is calling for a lifelong ban on owning animals.

Thank you to everyone who came to the rescue of Barsik. We wish him a speedy recovery.

The disturbing video is below. Viewer discretion is advised.

Pregnant Dog Dragged From Vehicle Before Being Abandoned Outside Shelter: Click “Next” below!