When Rescued Cat Gets Sick, Her Feline Friend Decides To Nurse Her Baby Kitten

Rescued cats Callie and Abigail were both new moms when they wound up at Best Friends Animal Society in NYC, which found both cats homeless, hungry, and with baby kittens to feed.

But rescuers noticed one of the moms, Abigail, had an upper respiratory infection that prevented her from nursing her newborn orange tabby. Rescuers rushed the 2-year-old cat to the animal hospital, then placed her kitten, Arnie, in the second cat’s litter to see if Callie would share her milk. 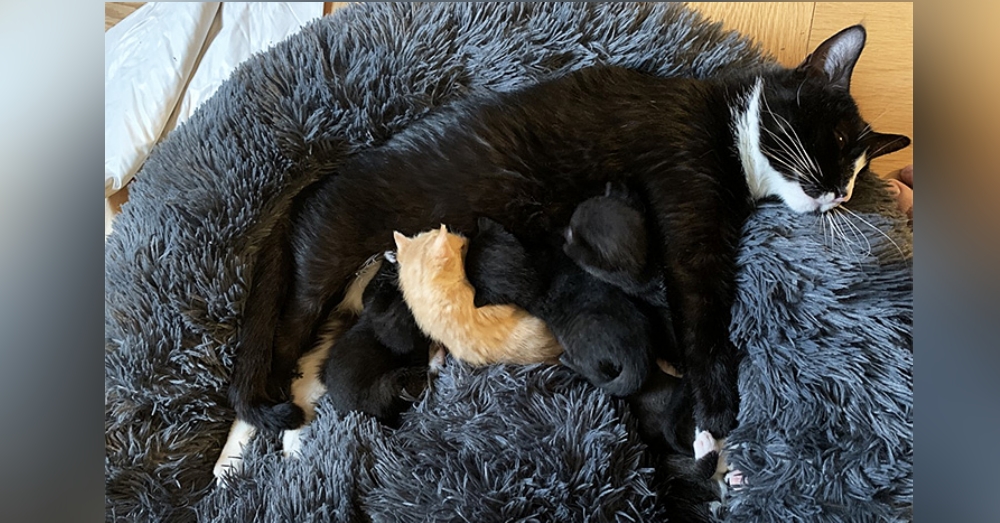 As it turned out, Callie was happy to foster the kitten while his mother recovered, because new moms have got to stick together! Moreover, Arnie seemed to enjoy spending time with this new foster family, even though his bright orange fur really set him apart from the rest of the litter.

“Arnie is very integrated into the litter…and Callie is a very good mom,” said foster mom Courtney Jacoby, who is fostering Arnie, Callie, and the rest of her litter while Arnie’s mom recovers in a different foster home. “There’s a lot of feeding and grooming on her part…and she’s very protective of all the kittens,” Jacoby told the New York Daily News. 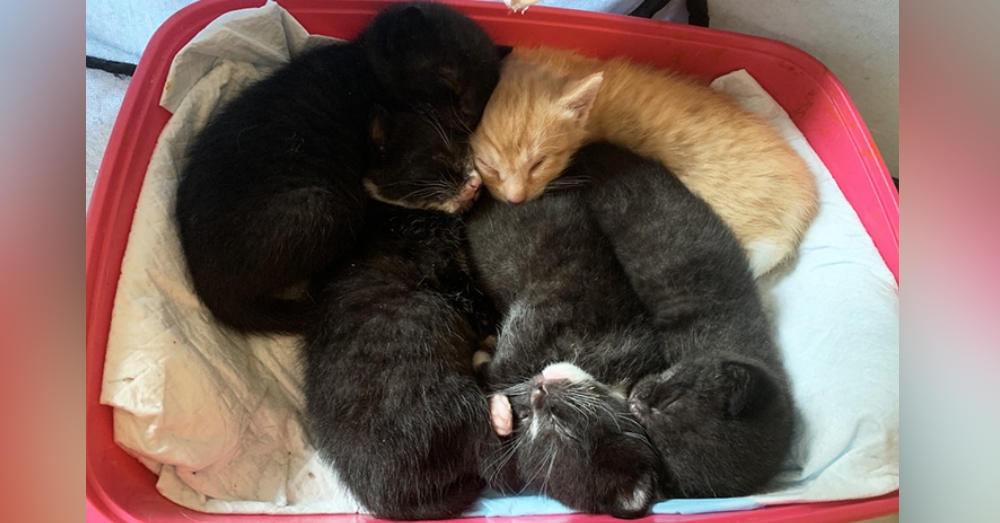 In fact, Callie’s foster son is a big help to his feline foster mom, because he’s slightly older than the rest of the kittens. “Callie’s so young…she’s very interested in playing,” Jacoby said of the young 2-year-old mother. “Arnie being one week older is more of a playmate to Callie than the others in the litter who are still learning how to walk and are stumbling all over the place.”

Fostering five kittens isn’t exactly easy, but the youngsters have really blossomed in the mama cat’s care. Of course, there have been a couple of challenges, which are par for the course when rescuing street kittens. For one, Arnie was extremely skinny and suffered from an eye infection when Callie first met him. This didn’t stop her from welcoming the stray into her litter, but the infection quickly spread amongst the kittens, all of whom now require medication every four hours. 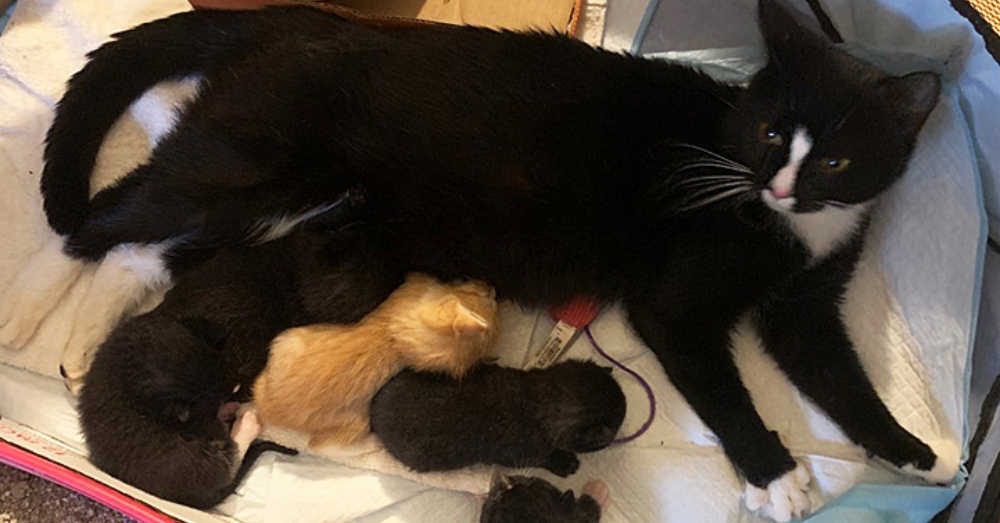 Even so, Jacoby and Callie are handling this little hiccup as a team. Now Jacoby administers the meds and checks everybody’s weight to make sure the kittens are growing. Meanwhile, Callie handles the feeding, cuddling, and grooming. “I feel like me and (Callie) are co-moms. She does all the feeding and I do the medicine,” said Jacoby, describing her life as a foster mom as busy, but very rewarding.