Dogs teach us way more than we teach them. This is especially true of abandoned, neglected and special needs dogs. They show us unconditional love and to never give up.

A stray dog was found lying in a ditch in Eastern Kentucky with two broken legs. The outlook was not good, but the resilient pup refused to let his misfortune get him down.

Jean Gibowski, Deuce’s foster mom, initially thought that Deuce would be euthanized on the following Monday after he was found. She planned the best weekend for him, but he proved otherwise. “His will to survive was just so incredibly strong,” she tells The Dodo. His foster mom realized that he was walking and jumping on furniture without using his broken legs. 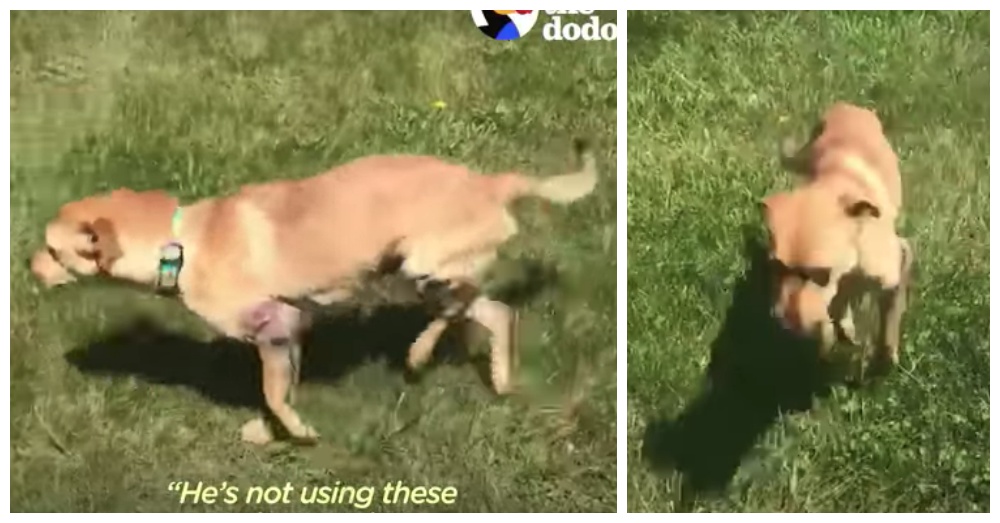 When she returned to the vet, she told them how he was not using his broken legs. He had his two infected and broken legs removed, since the vets told his foster mom they could not be repaired. Three days after the surgery, Deuce was running. He is missing his left front and hind leg, but can still miraculously run and play. The sweet pup defied the odds and is the happiest dog. His tail is constantly wagging and he offers kisses to everyone.

“It’s still a mystery as to how he can balance as well as he does. Never seen anything like that,” states his foster mom. 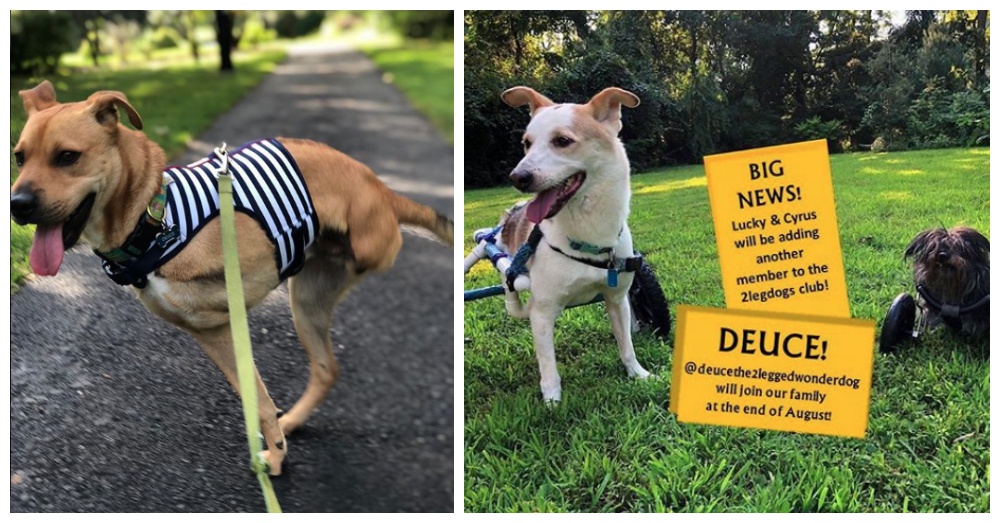 Once she rehabilitated him, she wanted to find the perfect forever home. His story was posted on social media and caught the attention of a man who understands how special two-legged dogs are. Domenick Scudera is the proud dad of two dogs that are two-legged, Lucky and Cyrus. Aside from those amazing pups, he has three other dogs and three cats, so a full house. However, when he saw the video about Deuce he fell in love with his spirit. 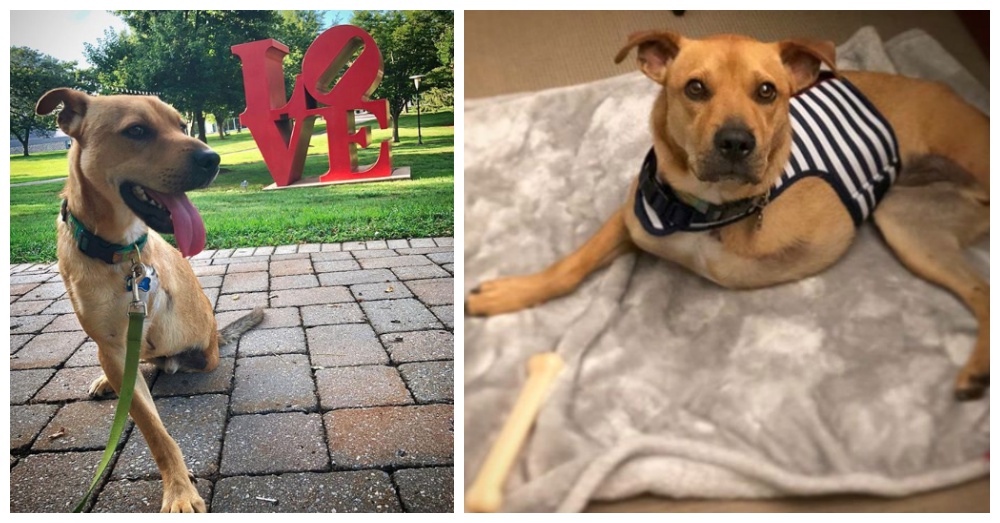 All his friends encouraged him to adopt Deuce. He went and visited the adorable dog and fell in love. A welcome party was arranged with some of his close friends and family. Deuce immediately fit into the family. He got along with all the people and animals. 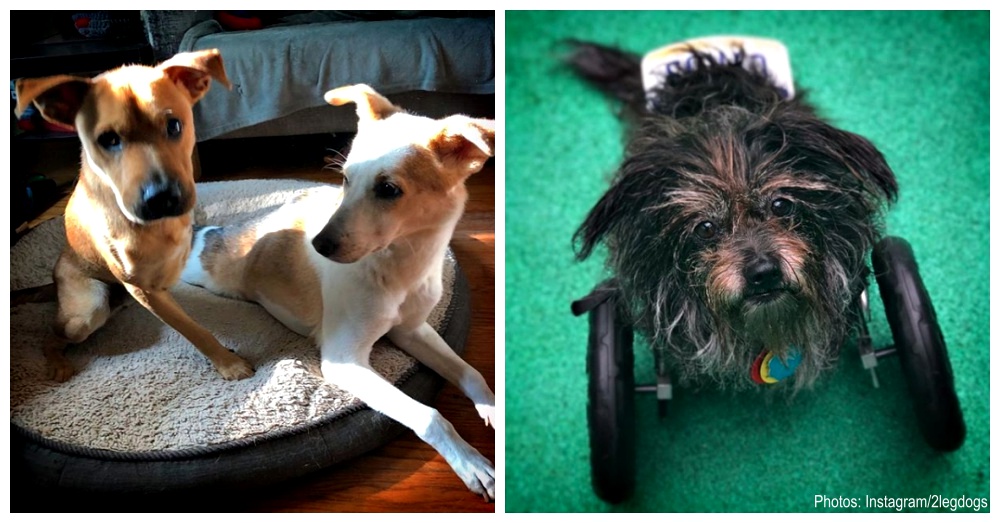 “He was very friendly and very calm and sweet. And I think that impressed all of us right away and has been impressing us every since,” states Scudera.

He strolled into the house and met his new fur siblings. His big brother, Lucky, was the first to welcome him. He took on a parental role with Deuce. “So he has been watching Deuce to make sure he’s ok.” The two are inseparable and even sleep together. They run and play like any other dogs, just on two legs. 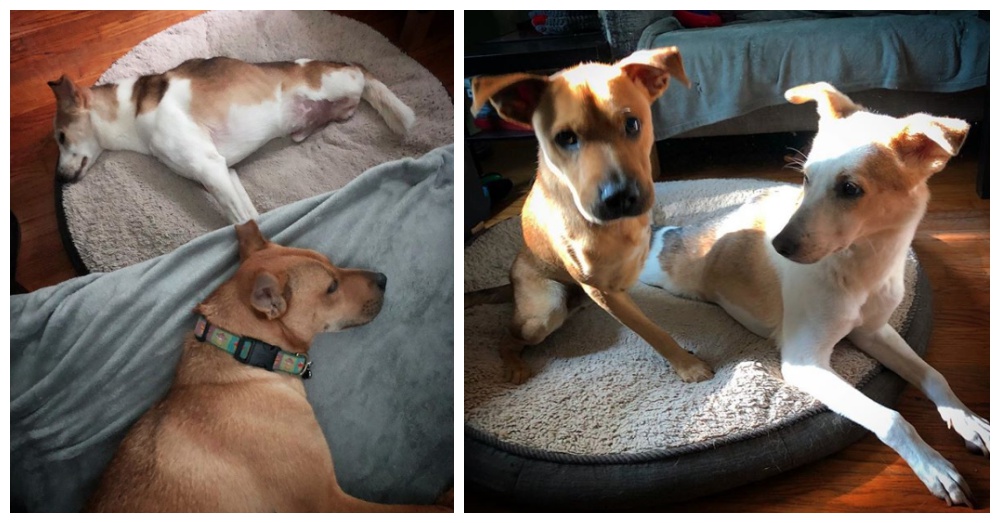 His new dad says, “it’s as if he’s always been there.” Deuce will join his other two-legged brothers in becoming a therapy dog. His positive outlook on life is something he can share with the world.

Watch the touching video below.