Self-isolating has been tough on all of us. Our emotions have been at an all-time high, and the one thing that many of us desire is to be outside and with our friends. However, as we all know, that isn’t quite possible just yet.

But we aren’t the only ones who are starting to feel the struggle of quarantine. Our pets are also starting to wonder when we will be able to resume life outside. And one video perfectly captured what we’re all feeling when a dog and her best friend were reunited after not seeing one another for an entire month. The TikTok video went viral with an overwhelmingly emotional response from people.

Stefani Maryn captured the moment that her black Labrador mix, Samantha, was out on a walk and spotted Baldur. She saw her doggie best friend on the other side of the street, yet she could not hold in her excitement when she realized who she was looking at. 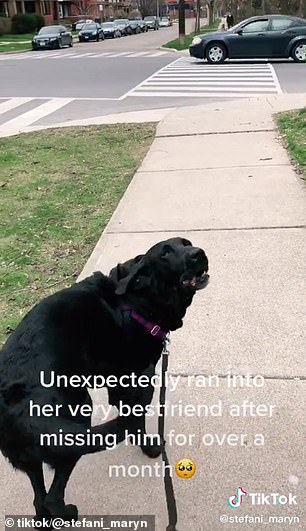 Samantha instantaneously began barking and pulling Stefani in the direction of Baldur – who was also out for his walk with Liesl, his owner.

The minute that the pair were together, it was pure emotional bliss. The two ecstatic dogs greeted each other with excited barks as well as adorable nose boops – so touching!

Stefani, from Hamilton, Ontario, shared with the Daily Mail that the two canines were “soulmates” and Samantha’s favorite activity is “leaning in and licking Bladur’s face” during their walks together. What a precious pair! 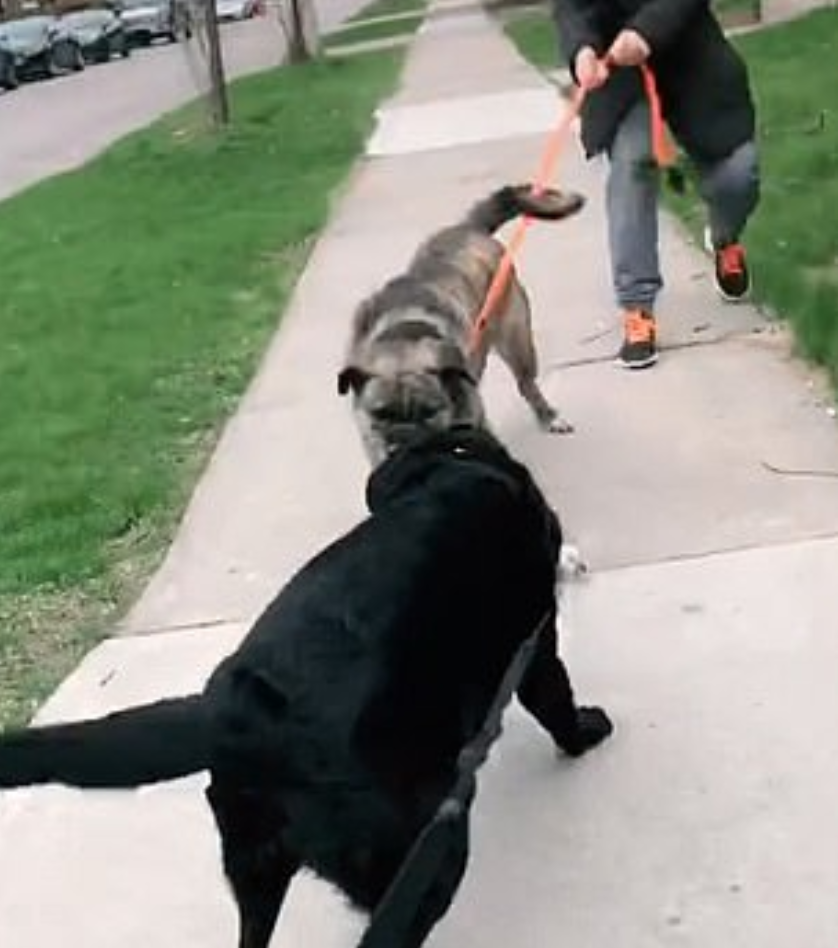 These dogs aren’t just walking buddies, either. In fact, they would regularly get together, with Samantha even helping Baldur get through a difficult experience in the past. Stefani shared with the media outlet, Baldur had experienced fright from some fireworks – which lead him to go hide beneath the garden deck in complete fear.

Baldur refused to come out, and Liesl eventually had to call up Stefani, asking her to bring over Samantha – as she was the only one who could coax Baldur out from under the deck.

While they’re usually hanging out, the current global pandemic has put a damper on their ability to spend time together because of the stay-at-home protocols. As a result, the video was their first meeting in a month! And it happened all by chance. 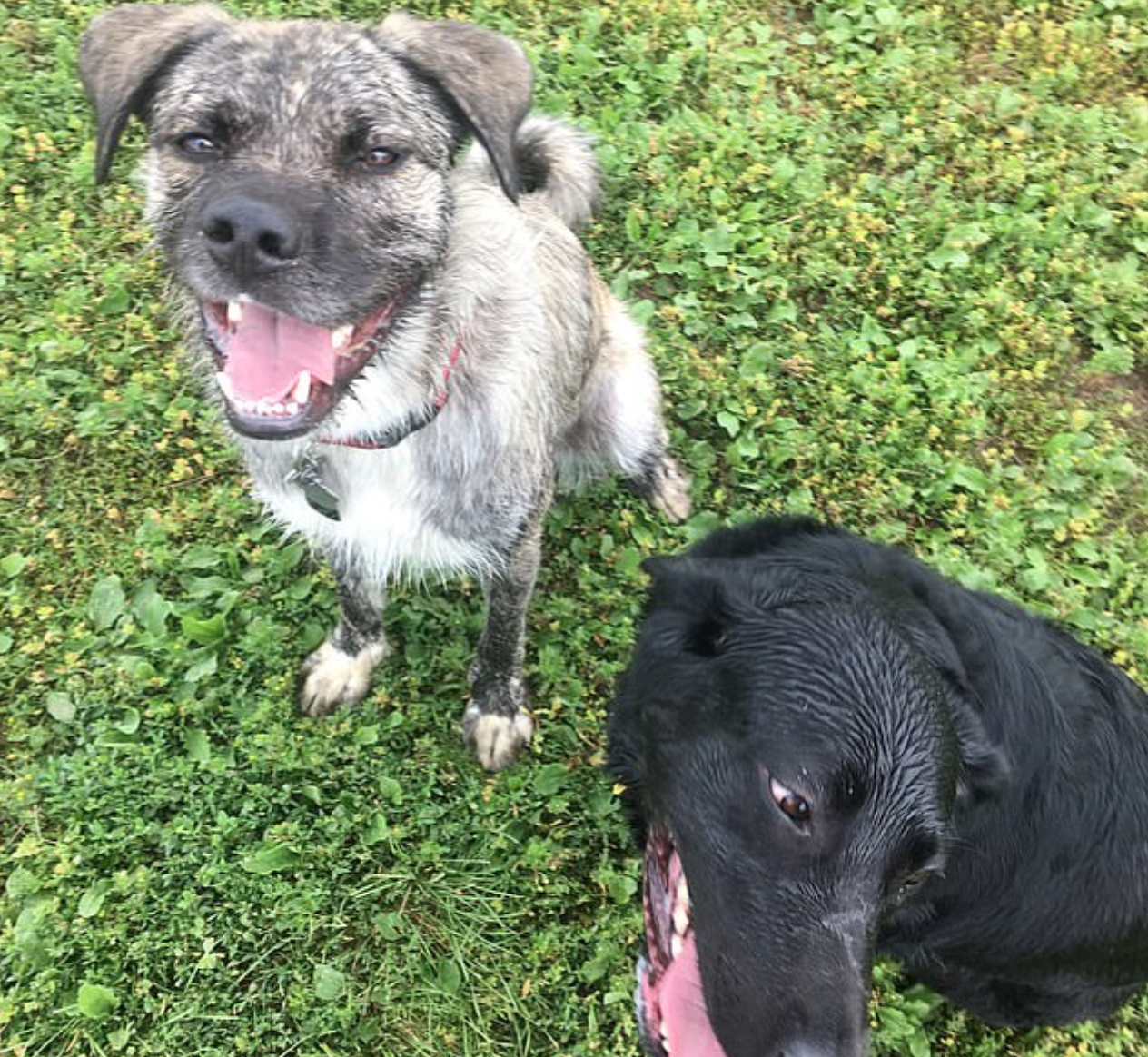 As Stefani told the Daily Mail, “I was out for a run the day before and bumped into Liesl and Baldur on their walk. We both commented how excited Samantha would be to see Baldur [and] the very next day when I was walking Samantha during my lunch hour from work, I could see Baldur and Liesl walking towards us.”

Stefani added, “We laughed about what a coincidence the reunion was, and how excited they were to see each other, as we predicted. The overwhelming reception of this video has been beautiful. While neither of us expected such a large response, we are thrilled that their reunion and friendship has brought joy and been relatable during this difficult time.”

Watch how happy these two besties are in the video below: