Someone Lit This Pit Bull Puppy On Fire With A Blow Torch. It Wasn’t An Accident.

Even though dogs deserve our love and attention, these innocent creatures too often fall victims of abuse. Unfortunately, some cruel person took maltreatment to a whole other level by intentionally setting fire to two innocent dogs, including a 3-month-old Pit Bull puppy called Tyler.

Thankfully, somebody witnessed this horrific act, which took place in Paterson, New Jersey. “A witness saw Tyler and another dog lit on fire, we suspect with a blowtorch,” Ramapo-Bergen Animal Refuge reported on Facebook. 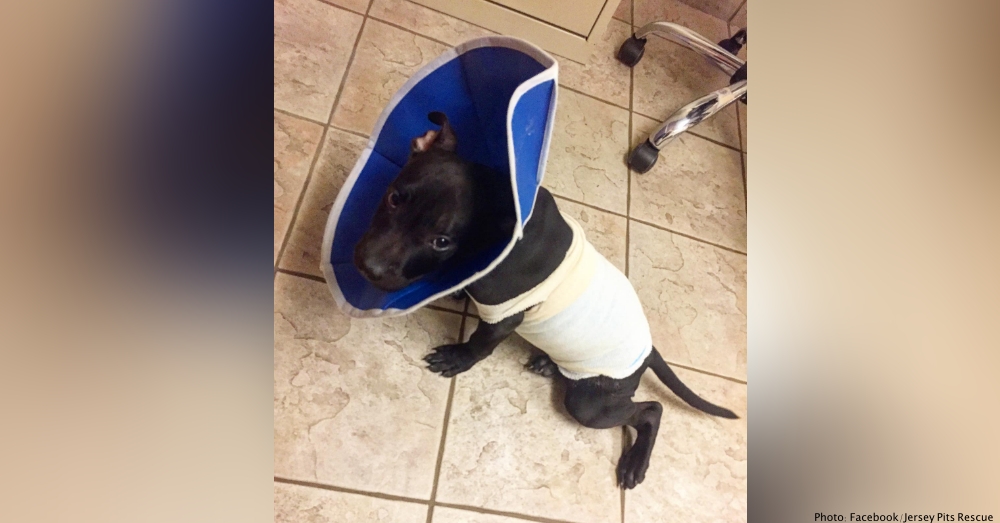 “The Good Samaritan who found Tyler attempted to treat his wounds for a week, but he was in pain and deteriorated, so he was brought to Oradell Animal Hospital last night,” they wrote.

Rescuers were well acquainted, unfortunately, with the area where the dogs were picked up. “This occurred in a dangerous area known for drugs and dogfighting, an area that we have rescued other dogfighting victims from,” they confirmed. 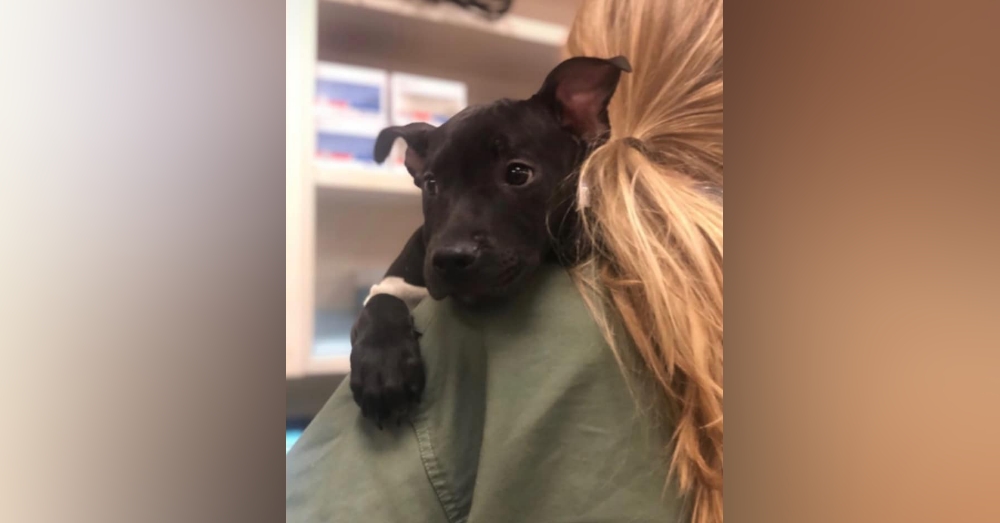 But despite all the abused animals who pass through Ramapo-Bergen Animal Refuge, rescuers were still stunned by the brutal nature of this attack. “We all share the sentiments of our executive director, Megan Brinster, ‘This one has disturbed me to my core,'” they wrote. “It is inconceivable that someone could do this to two living, breathing, feeling beings.”

“Our hearts break knowing that Tyler was found critically injured and burned and his condition worsened before he was given relief,” they added. “It is even more painful to imagine the fate of the other dog that was lit on fire.” 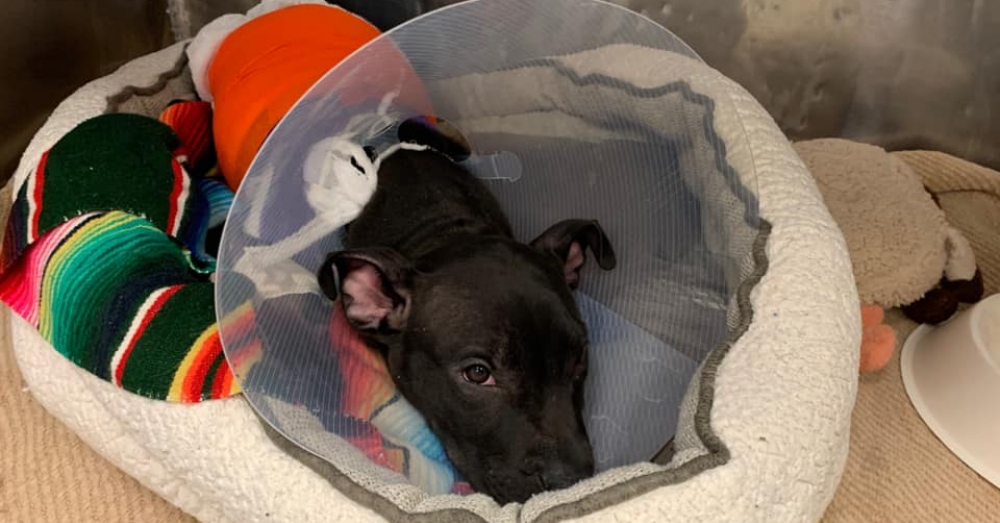 Without knowing the identity of the assailant – who, at time of writing, remained at large — it’s impossible to know if breed discrimination played a role in this vicious attack. Even so, Ramapo-Bergen Animal Refuge isn’t ruling out the possibility.

“Tyler is a victim, yes, but he is also a hero as he speaks to the perseverance and forgiving nature of dogs, particularly pit bulls, who are by far the most abused, exploited and misunderstood breed,” they wrote on Facebook. 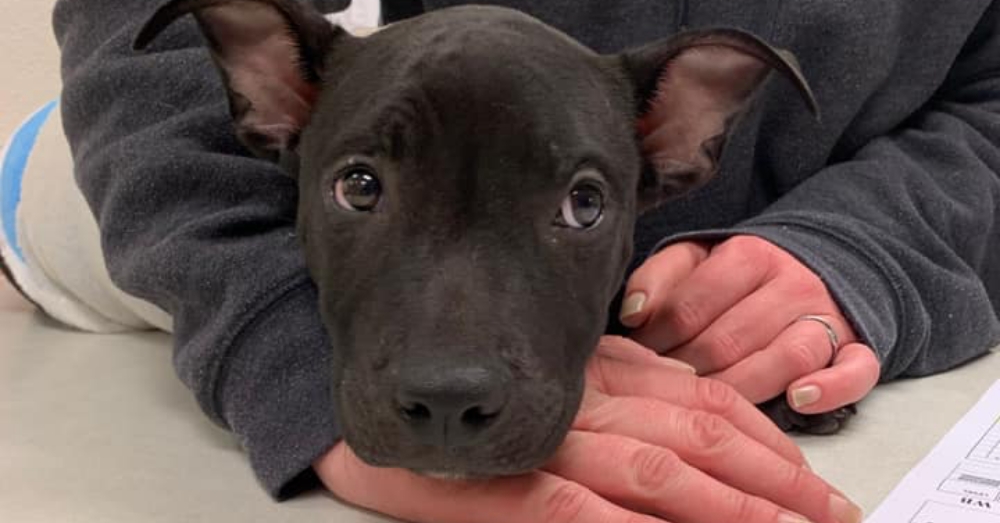 Fortunately, this “sweet and loving” puppy is expected to make a full recovery, despite “incredibly graphic and severe wounds all over his tiny body.” But this doesn’t mean Tyler, who is receiving intravenous fluids, covered in bandages, and wearing a hospital cone, is totally in the clear.

“There is new skin growth in some areas, but in other areas doctors expect skin to die and the wounds to get worse before they get better, necessitating an extended hospitalization and treatment,” Ramapo-Bergen Animal Refuge said, explaining that the length of his hospital stay depends on how well his tiny body responds to treatment.

Fortunately, this little patient isn’t holding a grudge against humans in general. “Tyler is alert and the most adorable, forgiving puppy,” rescuers confirmed. “Everyone who meets him falls in love.” 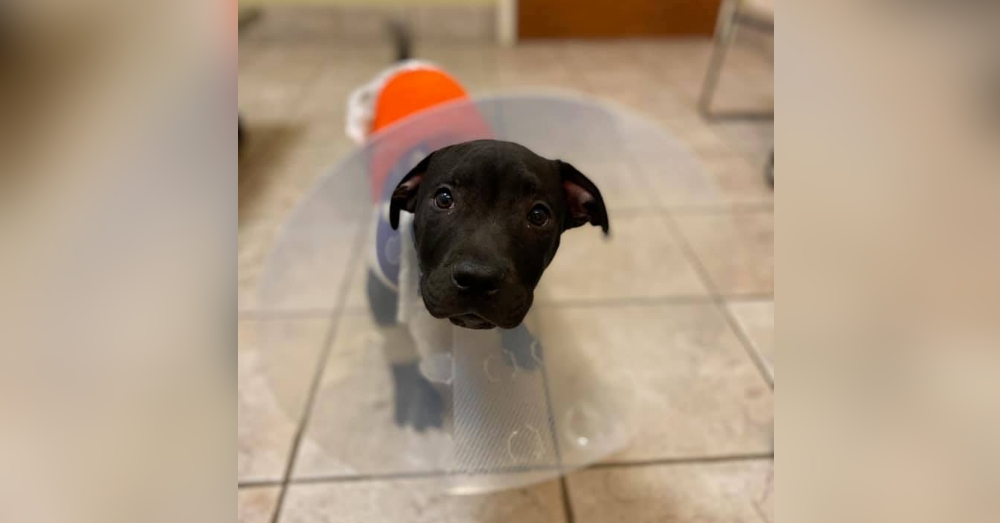 In the meantime, Ramapo-Bergen Animal Refuge, which has partnered Jersey Pits Rescue to offer Tyler the highest quality of care, is seeking a local foster/adoptive family care for Tyler once he’s healthy enough to be discharged. “Tyler is seeking a foster home who can bring him back to the hospital for daily bandage changes,” Ramapo-Bergen Animal Refuge wrote on Facebook. “Please contact us or Jersey Pits Rescue to foster / adopt this special survivor!”