A giant 250-pound sea turtle wandered into a backyard in the Florida Keys and wound up going into a family’s swimming pool.

She stayed in the pool until she was discovered and rescued. I don’t blame her, though. She had the right idea, since temperatures were soaring in the 90s, and it’s always nice to cool off in a refreshing pool! 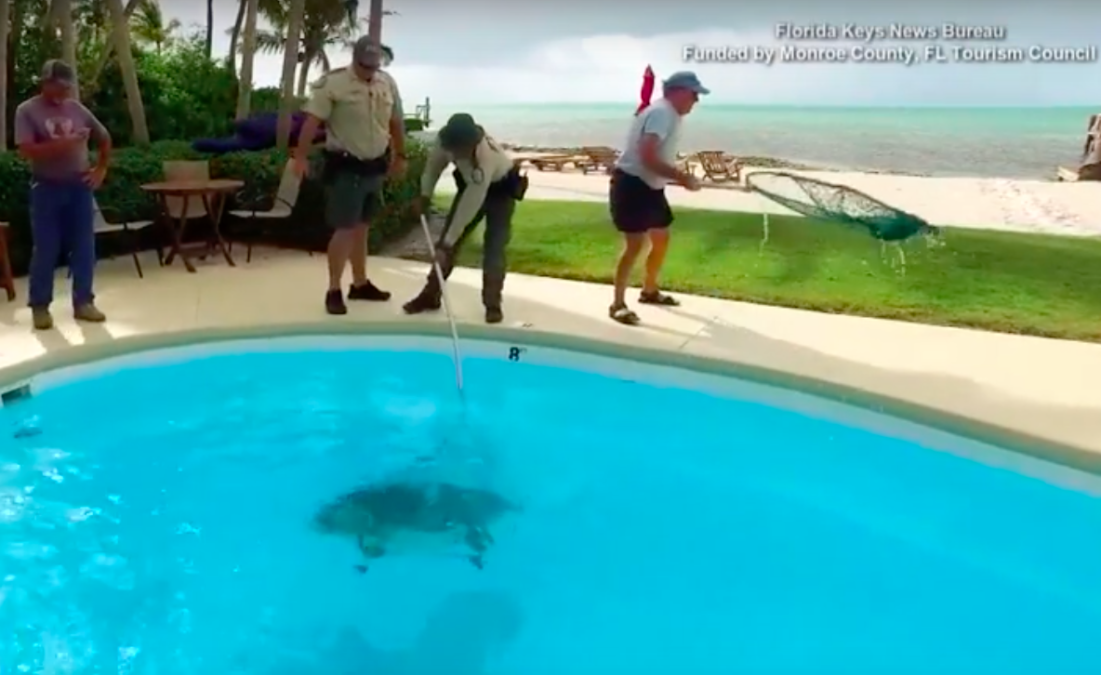 Authorities are unsure of the exact reason why the turtle wandered into the backyard, but they believe she may have come on land to lay eggs and got lost in the process. Perhaps she thought the swimming pool was the ocean and her home. 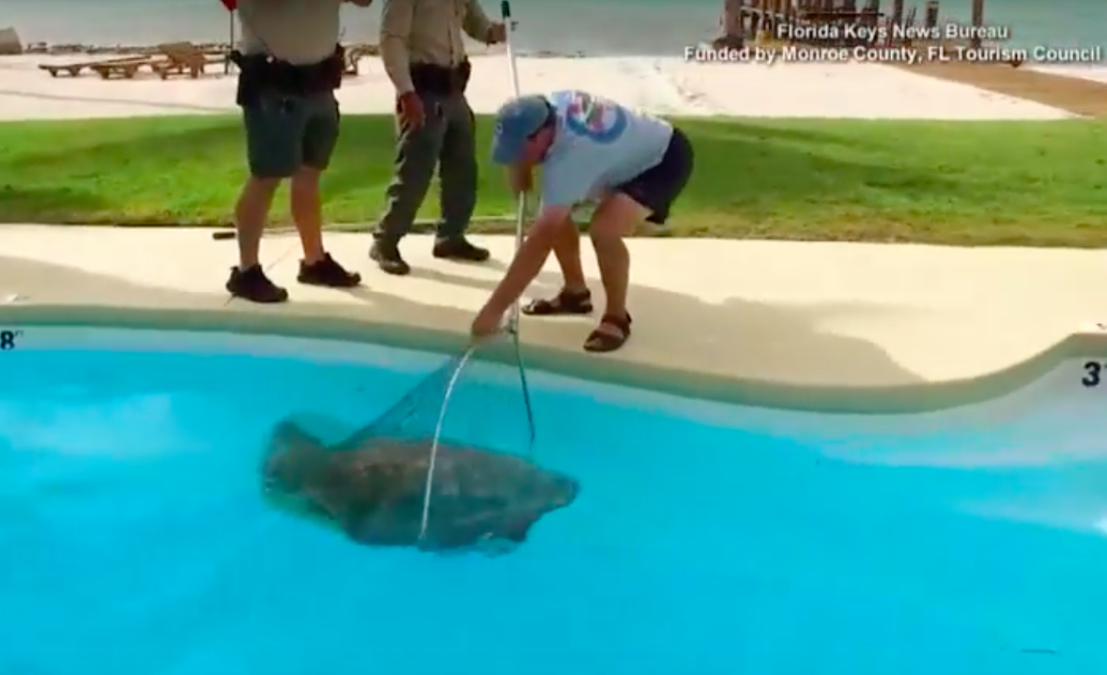 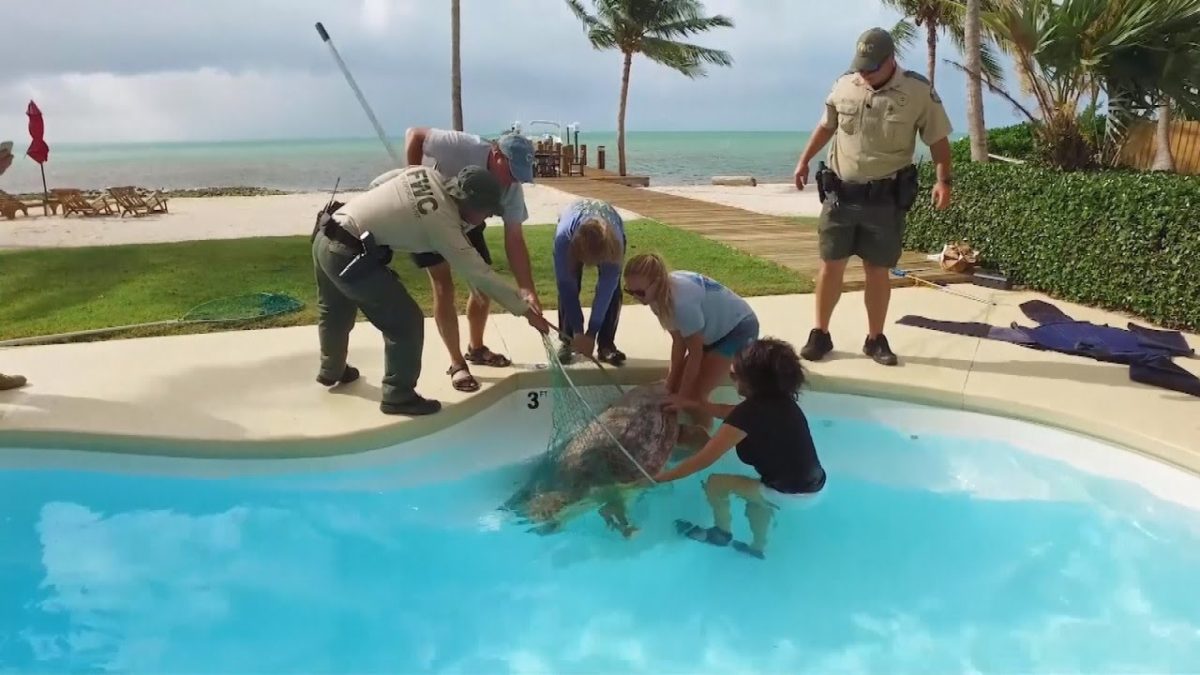 Officials from Turtle Hospital assessed her before they decided that she was healthy enough to be released back into the ocean with assistance, of course. 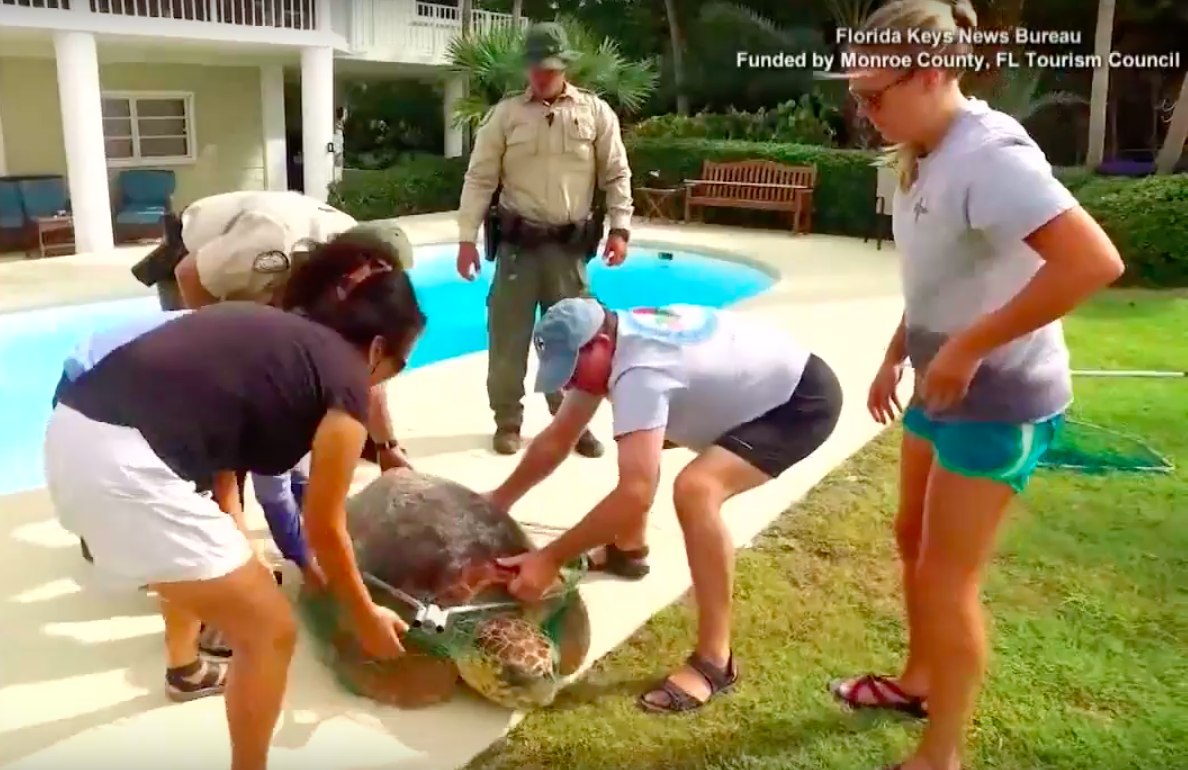 This story is not an uncommon one this time of the year in this area. From now until October, it is nesting season for turtles, so this might not be the first time a family finds a turtle in their pool. Of course if this happens to you, make sure you call a proper animal organization instead of trying to handle the situation on your own.

Watch the rescue of this massive sea turtle in the video below: