The Kemp’s Ridley sea turtle is the rarest sea turtle in the world, but even laws against hunting or killing the endangered animals hasn’t been enough to protect them from the danger of man made pollution.

One of the last remaining Kemp’s Ridley sea turtles was recently found dead, washed up on a beach in Florida, trapped in a bar stool.

This is the second engendered turtle in a matter of weeks to wash ashore, done in by pollution. Earlier in July, another turtle met its fate while struggling to escape a discarded beach chair, which eventually drowned the animal.

Later that month, a group of polar bears were captured on camera, trying to eat a sheet of plastic. 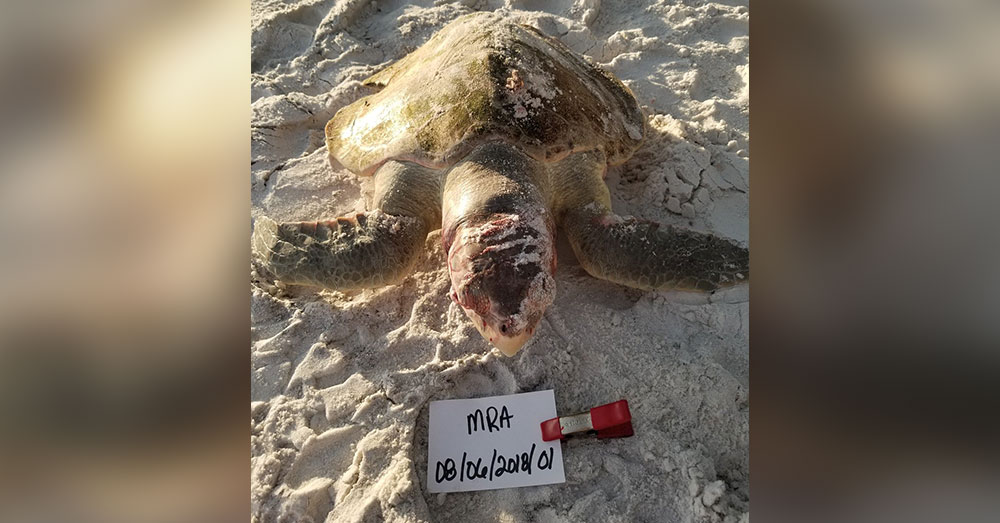 “This is so very sad, and so easy to stop,” the organization wrote in the post. “Please do not leave your items, anything, on the beach. We did get this beautiful lady out of the chair. She was a critical endangered Kemps and of course she was dead.”

The turtle has worked her way into the frame of the stool, and struggled greatly to escape, but to no avail.

“Look at her head to see what she went through,” the post continued. “Poor thing it must have been an awful death.” 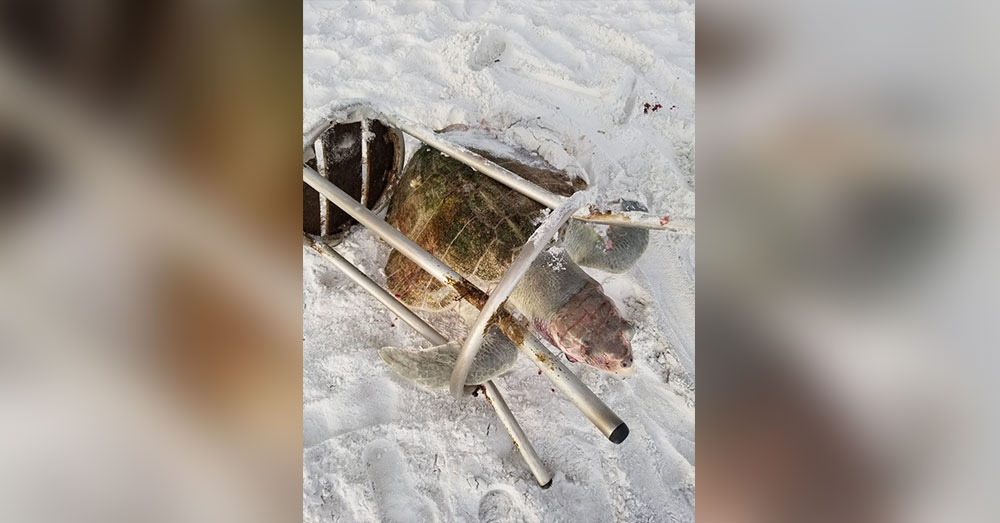 Source: Facebook/South Walton Turtle Watch
The turtle drowned while trying to escape from a barstool.

The turtle was found on Dune Allen Beach in Florida’s panhandle, west of Panama City.

“It was very heartbreaking to see such an endangered animal, [it] had to be a terrible way to die,” Michael Abshure of South Walton Turtle Watch told WEAR-TV. “Entangled in that chair, I would imagine that’s a long, slow death.” 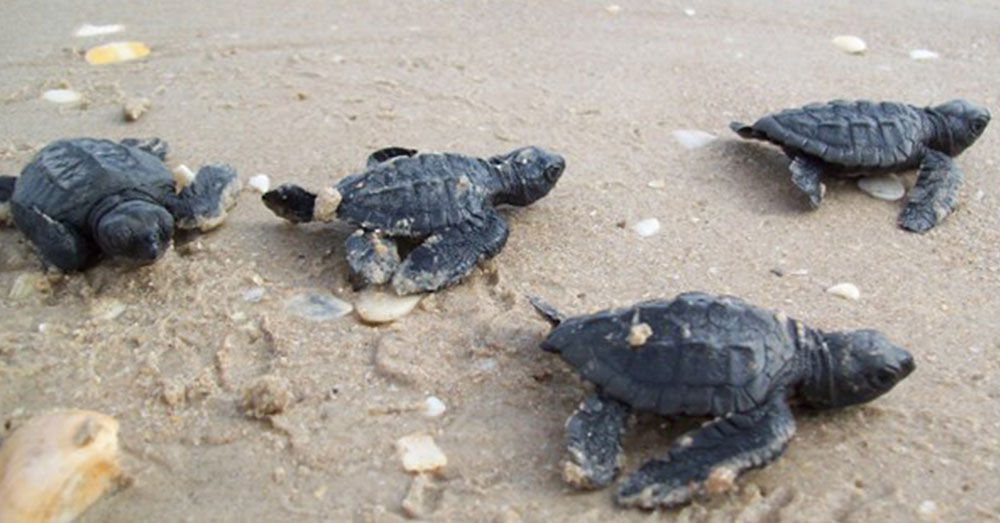 According to National Geographic, a Kemp’s Ridley sea turtle would ordinarily live to be about 50 years old. They are a critically endangered species, found only in the Gulf of Mexico, where only an estimated fe hundred remain. 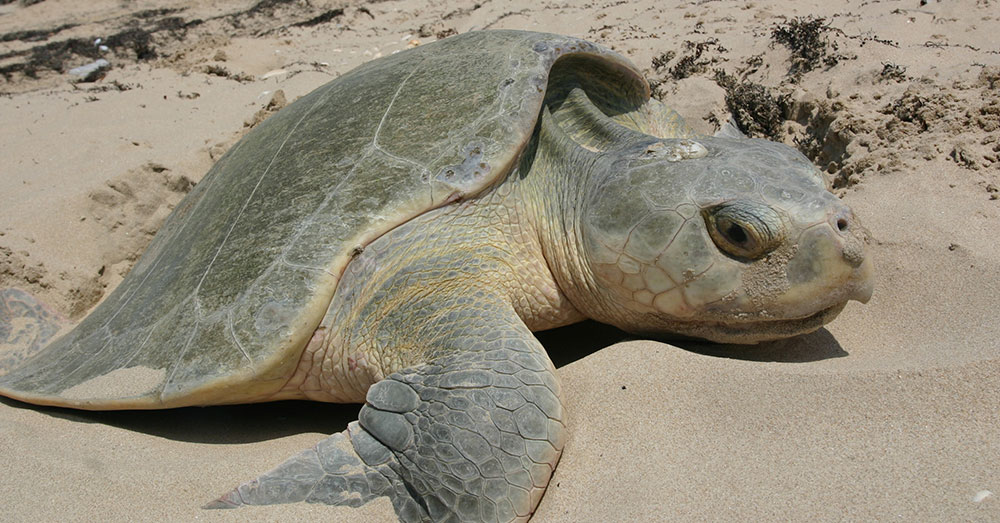 Apart from being entangled in fishing net, which kills a number of sea turtles each year, one of the major threats this species faces is the harvesting of their eggs. During the arribada procession, female turtles deposit their eggs on sandy beaches. In some cases, humans are soon to follow, stealing the eggs from the nests, and selling them to restaurants who will pay a high price for the rare delicacy.

As See Turtles reports, the industry’s demand for these eggs has outpaced the rate at which the turtles can reproduce, and the species has had great difficulty in rebounding. 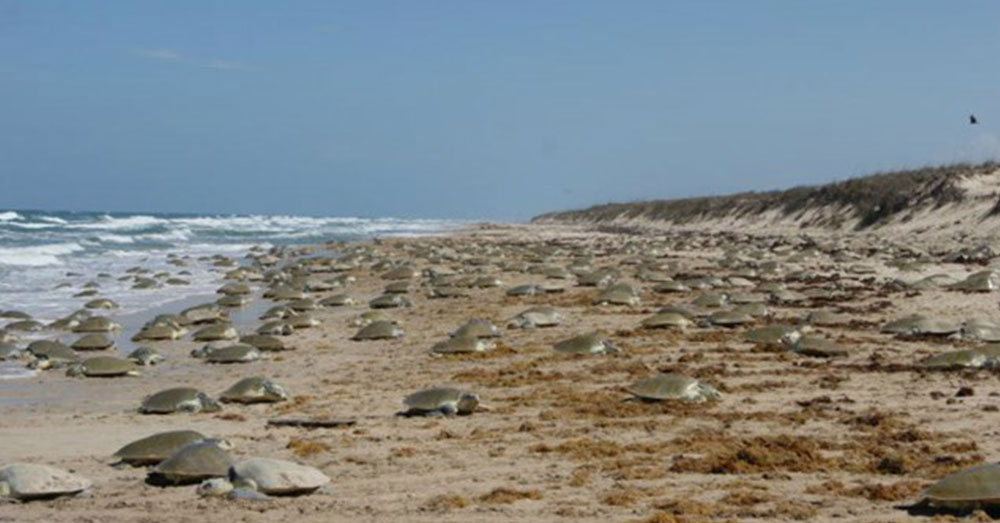 Owing to a number of conservancy campaigns, some species of sea turtles have begun to make a comeback, but new threats from an ocean filled with pollution may turn those gains around.

If there is any hope for the Kemp’s Ridley sea turtle, it lies in the actions of humans.

“Please do not leave your items, anything, on the beach,” the South Walton Turtle Watch pleads. “Why can’t we keep things off the beach at night? Please spread the word and do your part.”

Learn more about the Kemp’s Ridley sea turtle in the video below.