We all heard about when the chicken crossed the road, but what about a turkey? One male turkey in New Hampshire fanned his feathers and stopped traffic in an ultimate gentleman gesture.

A male turkey, also known as a tom, was captured on video standing in the middle of the road and waiting patiently for his flock to cross. One by one the turkeys safely crossed the road. After about a dozen turkeys crossed, the male followed the last member across the road, allowing traffic to resume. 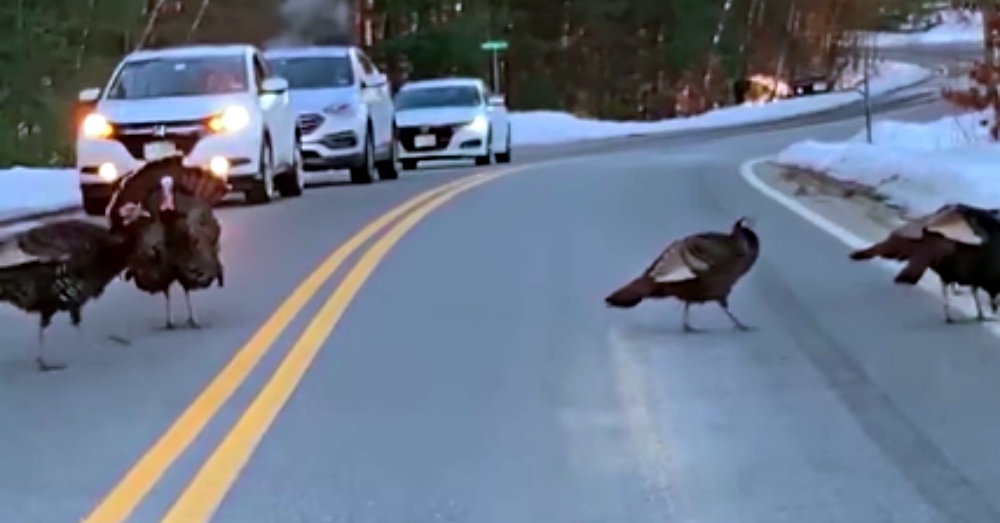 A stunned onlooker captured the chivalrous moment and Fox News shared it with the world. The viral video has been viewed over 29 million times. Thousands of people couldn’t resist from commenting on the entertaining footage. 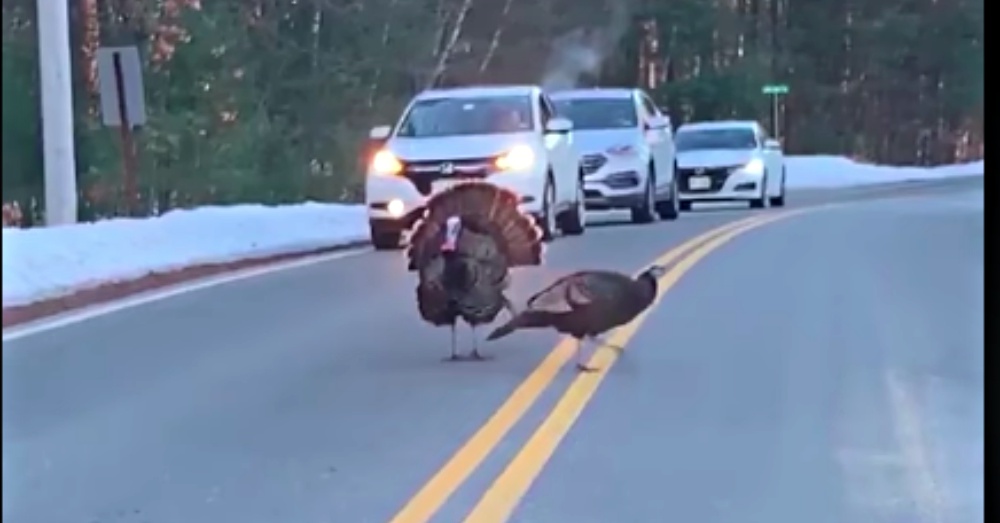 One man posted, “Why did those turkeys cross the road? To prove they weren’t chicken!!!” Another said, “Volunteer crossing guard and all around gentleman! That was a male looking after his ladies. Chivalry is not dead!” 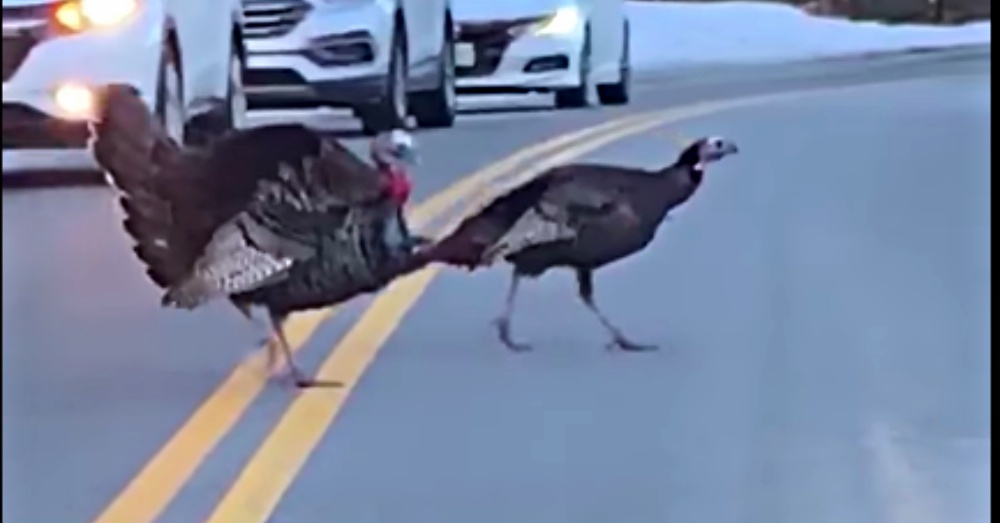 “They are smart animals…Seldom are found dead on the highway. Maybe Benjamin Franklin was right…they would have made a great national symbol,” wrote another. 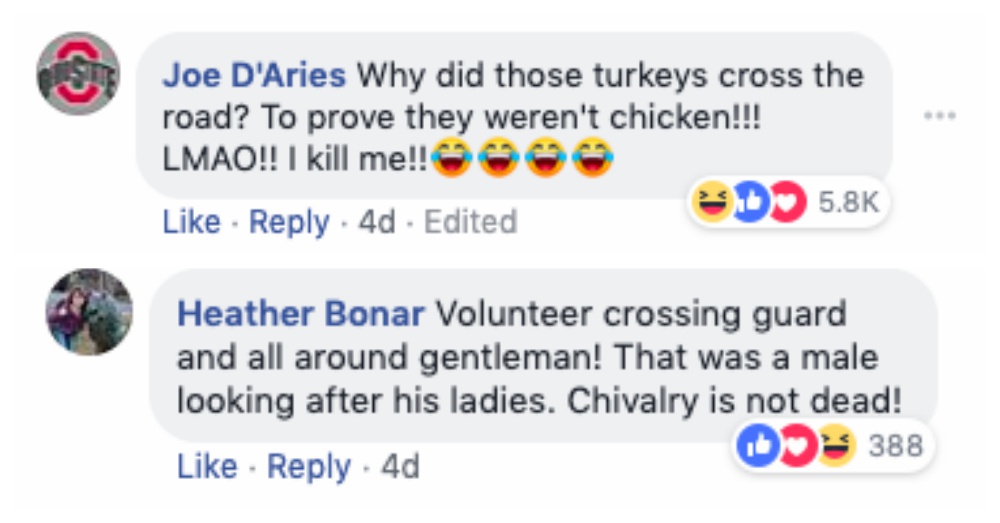 Check out the manners on this turkey in the video below.