Family Rescues Giant Pyrennees Dog From Roadside, Then Sees The Heartbreaking Reason She Was Standing There

Passing by a massive Great Pyrenees dog lying in the middle of a Southeastern Kentucky road was an odd sight for the Ringstaff family as they passed by on their way to church.

The family stopped to see if the dog needed help but it was unwilling to hop into their vehicle. A few hours later, they returned to the same spot, where the dog was still sitting.

“He didn’t move as other cars slowed down and went around him and I was sure he’d been hit by a car,” Melissa Ringstaff wrote on YouTube. “So we turned around, turned on our flashers and got out to check on him.” 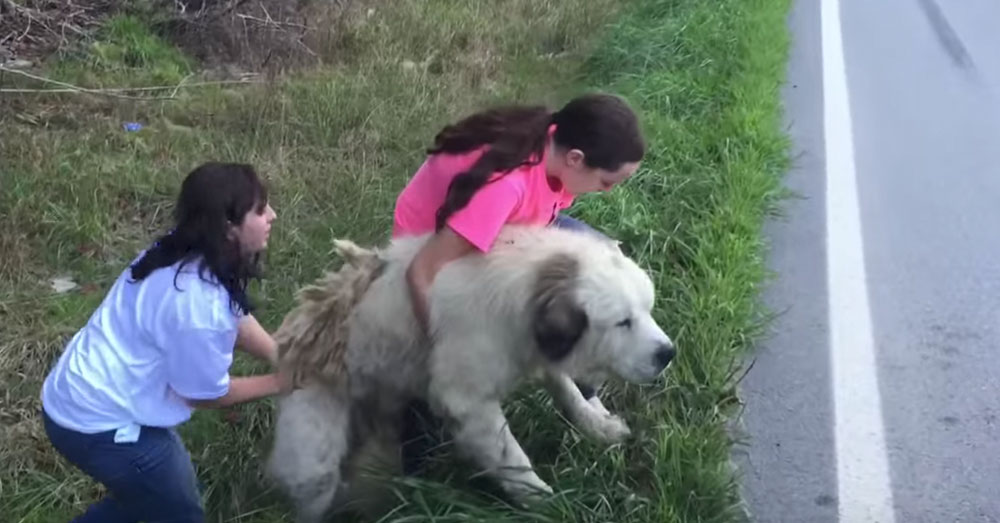 Source: YouTube/Melissa Ringstaff
The Ringstaff’s found the dog on the side of the road.

Then, they made another discovery.

“It was then we realized why he was there,” Ringstaff continued. “His companion, another dog, had been hit by a car and lay on the side of the road where he’d been guarding.” 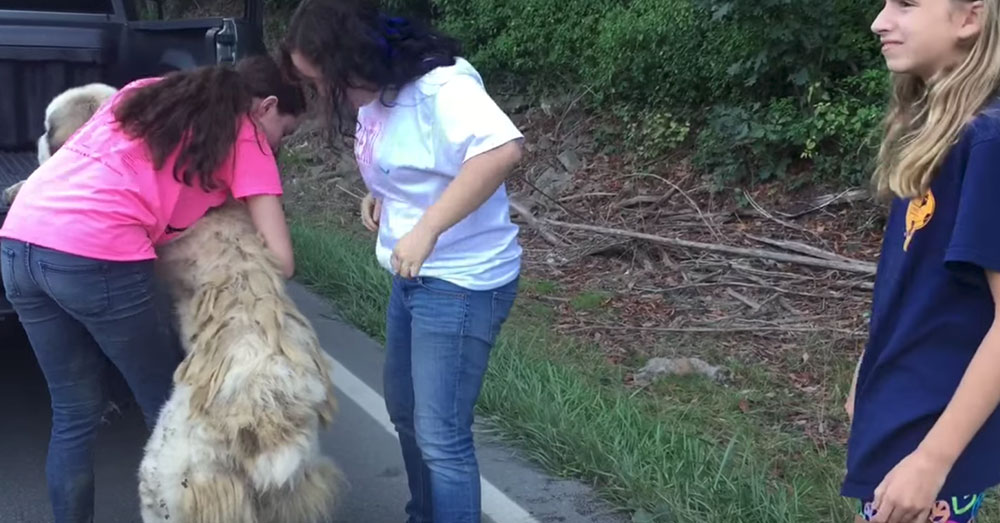 Source: YouTube/Melissa Ringstaff
It was quite a task getting him into the truck!

A nearby resident told the family that days earlier, the dog’s former owner left town, and left their two dogs without any support. After the smaller dog was killed by a car, the Great Pyrenees stood guard near his body, refusing to move.

“Our family motto is, ‘We can’t save the world, but we can do something about the one in front of us,'” Ringstaff wrote. “We never walk away if there’s something we can do.” 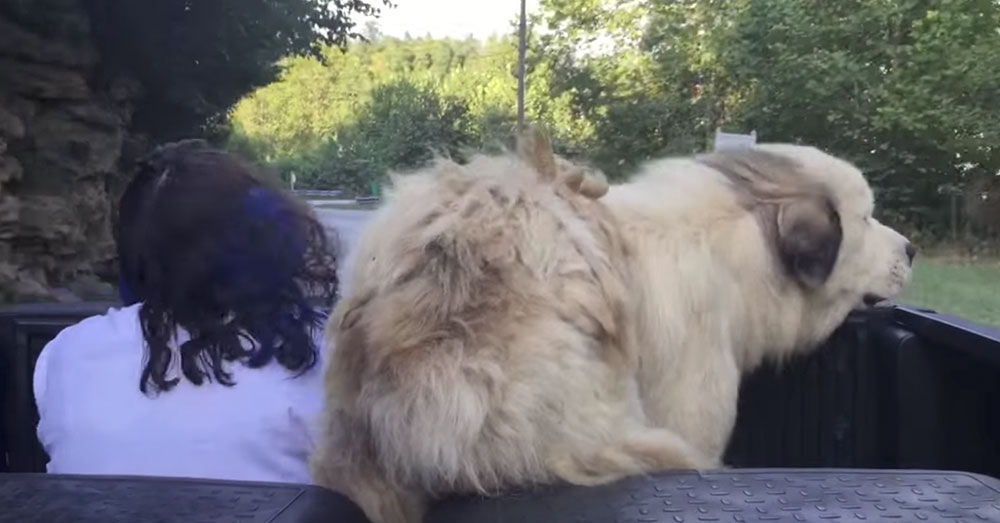 Source: YouTube/Melissa Ringstaff
Once in, the dog acted quite calm.

And there was something they could do. The Ringstaffs worked together to get the large dog into their vehicle. From then on, he was part of the family.

“We brought him home, cut off the matted fur, fed him and took a walk with him,” Ringstaff wrote. “By that time it was late, so we locked him into the new dog kennel we’d purchased a few days before and I even wired the latch shut, fearing he would otherwise get out.”

The Ringstaffs thought about naming their new furry friend Hachi, a famous Akita Inu from Japan, and the titular canine from the 2009 drama starring Richard Here and Joan Allen. The name didn’t stick, however, and neither did the dog. 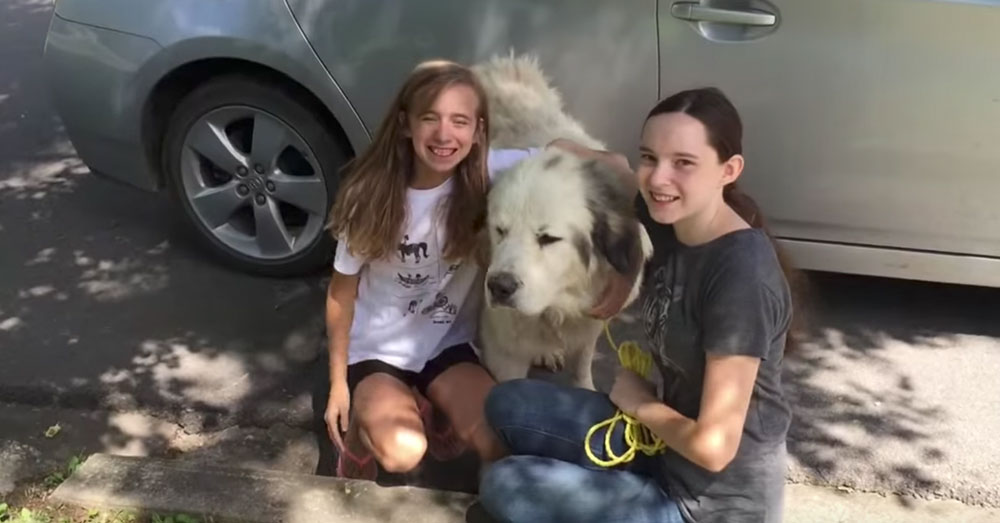 Source: YouTube/Melissa Ringstaff
It took the dog a few days to get used to his new home.

“Sunday morning, we woke up early to find he’d pushed through the gate, snapped the wire in half and disappeared,” Ringstaff wrote. “For nearly 3 days all we did was look for this dog! We talked to everyone we saw walking down the street, every police office, everyone at the humane society. We drove a couple hundred miles around our small town slowly – looking everywhere.”

Eventually, the dog was found a few miles from the Ringstaffs’ home, laying near someone else’s front porch.

“He was happy to see us, but he had no idea we’d been searching long and hard for him!” Ringstaff wrote. 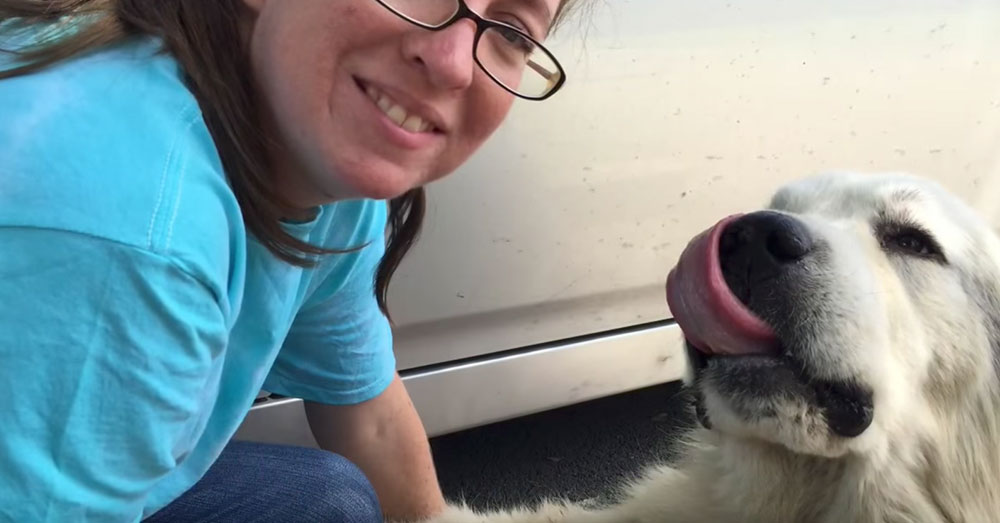 They eventually settled on a name for their new dog: Tucker.

“He’s incredibly sweet, very gentle, and we’ve yet to hear him bark,” Ringstaff wrote. “On Wednesday we got him a dog tag and we’ve been paranoid about letting him out of sight. We’re so glad he’s home!”

Watch how the Ringstaff’s found and rescued the newest addition to their family in the video below!