Her first dog, Tuck, was adopted from a shelter, but after a while, the dog mom started thinking a second would make her home much happier.

“Tuck was and still is super attached to me,” Becattini told The Dodo. “Wherever I go, he comes. He sleeps with me at night. He has to be fully under the covers up against me. He knows when I am going somewhere that he cannot come and starts getting all anxious and sad.” 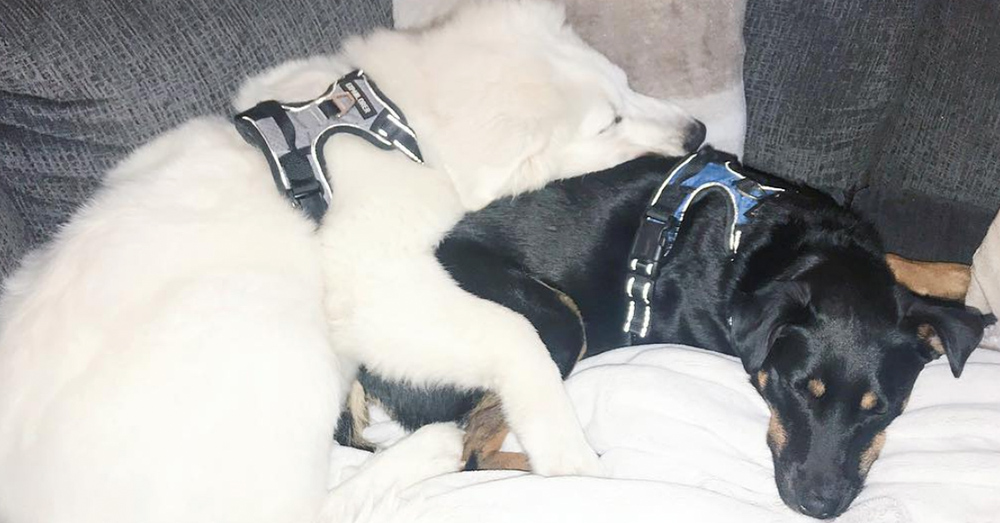 Becattini knew there was some furry friend out there that could offer Tuck just as much love and happiness, but she wasn’t exactly sure where, until she went to Pennsylvania with her boyfriend.

The couple visited a pet expo held by Salfid Rescue, and met 11 fluffy Great Pyrenees puppies who were looking for new homes.

“After we left, I couldn’t stop thinking about getting another,” Becattini said. 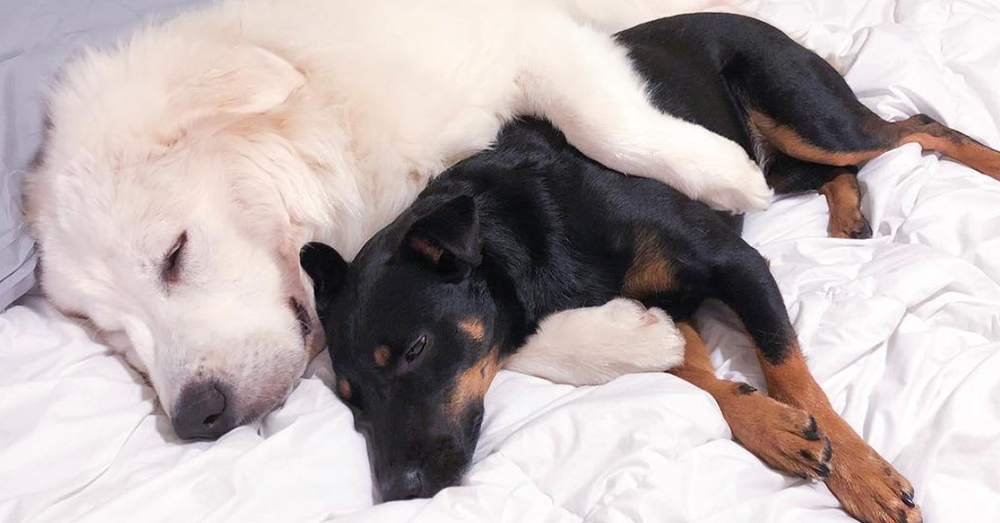 Of course, there was Tuck to think about.

“I was scared because I did not want to make Tuck upset,” she said.

To broach the subject in the kindest way possible, Becattini took Tuck to see the puppies himself. They visited the home where the Great Pyrenees were being fostered, found one of the fluffiest pups in the pack, and introduced Tuck. 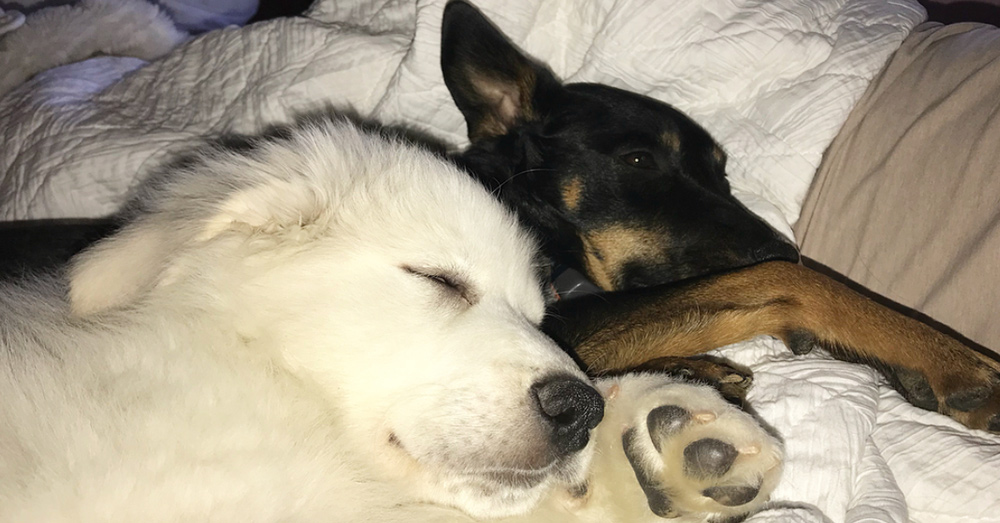 That was enough of an approval for Becattini, who took home a furry white Great Pyrenees and named him “Beau.” But, while Tuck’s indifference held out for a few days, Beau’s attitude toward his new family was quite different.

“Beau was … obsessed with Tuck,” Becattini said. “From day one, he started following him around and would cry if Tuck was not with him.

“My fears about getting a second dog quickly went away.” 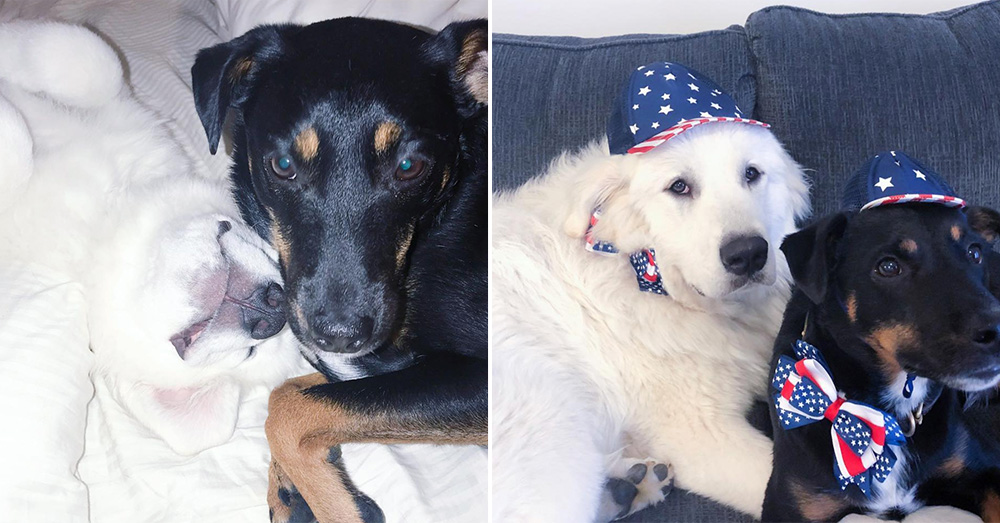 Since then, Tuck and Beau have been inseparable. Great Pyrenees Beau has grown to be much bigger than Tuck, but that doesn’t stop the two canine companions from cuddling every day.

“There are pictures of Beau as a baby cuddling with Tuck and laying on top of him,” Becattini said. “I think the best is when I walk in and they are full-on spooning like humans.”

Tuck has his own quiet way of showing love, but Beau makes it much more obvious.

“He lets Beau sit on his head and do whatever he wants,” Becattini said. 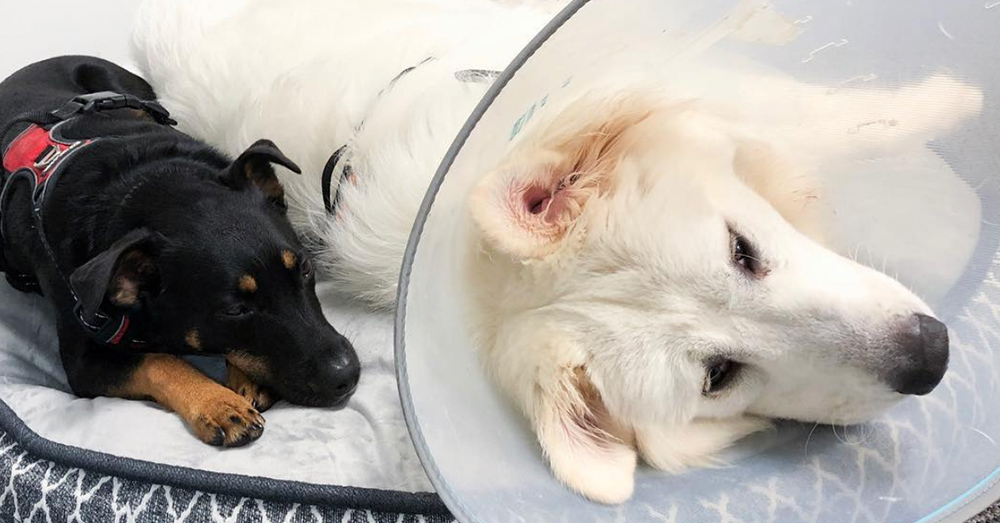 Source: Instagram/the_rescued_boys
Have you seen a cuter canine couple?

These two are inseparable! Their friendship says a lot about the similarities within us al that really matter, and the differences that don’t.

“I just think it’s cool how two dogs who are polar opposites — in looks and personality — are so bonded,” Becattini said. “They are such sweet boys.”

One Dog’s Life Saved By The Selfless Act Of Another: Click “Next” below!