Military promotions are often dressy affairs, and that of newly named Sgt. Truman Naranjo was no different. Colleagues and friends showed up to support the former Army specialist as he received his commendation on July 11.

By the way, Naranjo is a dog.

The 4-year-old English Labrador retriever, and military hospital facility dog, has demonstrated a keen ability to go above and beyond, the Journal reports. 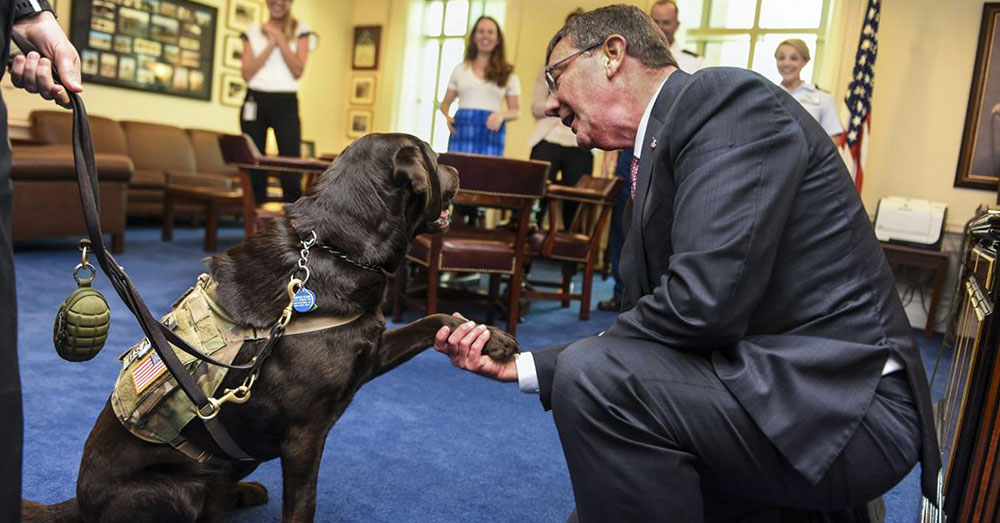 Source: U.S. Department of Defense
Defense Secretary Ash Carter shakes hands with then Truman, who was then just a Private.

Naranjo seems pleased with his promotion, too. His tail wagging throughout the ceremony, he showed off a few tricks and posed for pictures after the ceremony was through.

“Regardless of how busy we get delivering complex care, we take time to celebrate major milestones surrounded by our family,” said WRNMMC’s Assistant Chief of Staff, Army Lt. Col. Jason Silvernail. “Our facility dogs go through a very rigorous training program that involves partnerships with handlers (many whom are active duty service members – Army, Navy, Air Force and Marine Corps). The level of oversight and expertise devoted to our program is a world-class standard.” 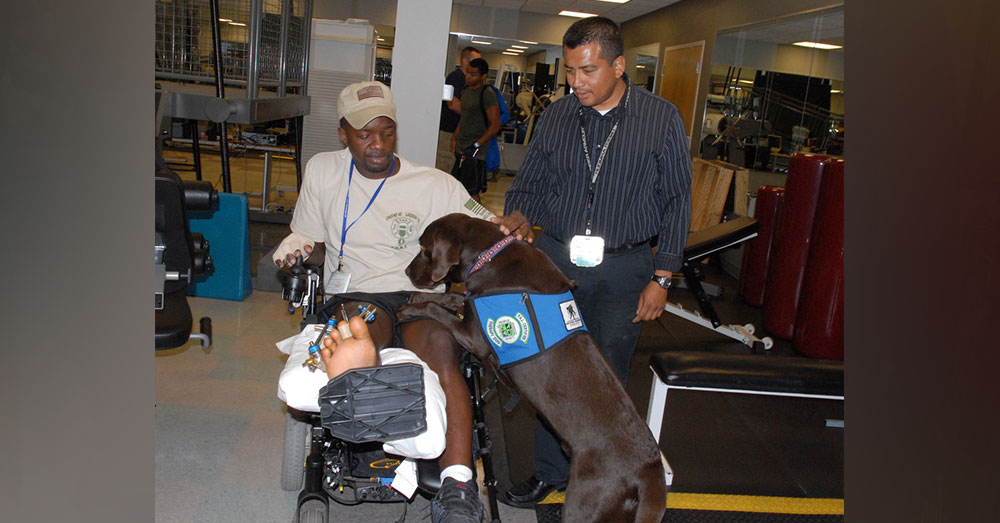 Walter Reed is the only military hospital to use therapy dogs, the U.S. Army reports. They help patients recover expediently by taking them on walks and encouraging them to move around. This is especially helpful for patients getting used to new prosthetics. There’s nothing like a little game of fetch to help someone understand how their new arm works.

“That has been a huge encouragement for our guys,” said Harvey Naranjo (no relation, of course) who is in charge of adaptive sports and community reintegration programs at Walter Reed Army Medical Center in Washington, D.C. “You know, going out and running five miles for the first time and the dog is running with them, their buddy is out there supporting them and also running, really boosts their morale and gets them out. He’s part of the team.” 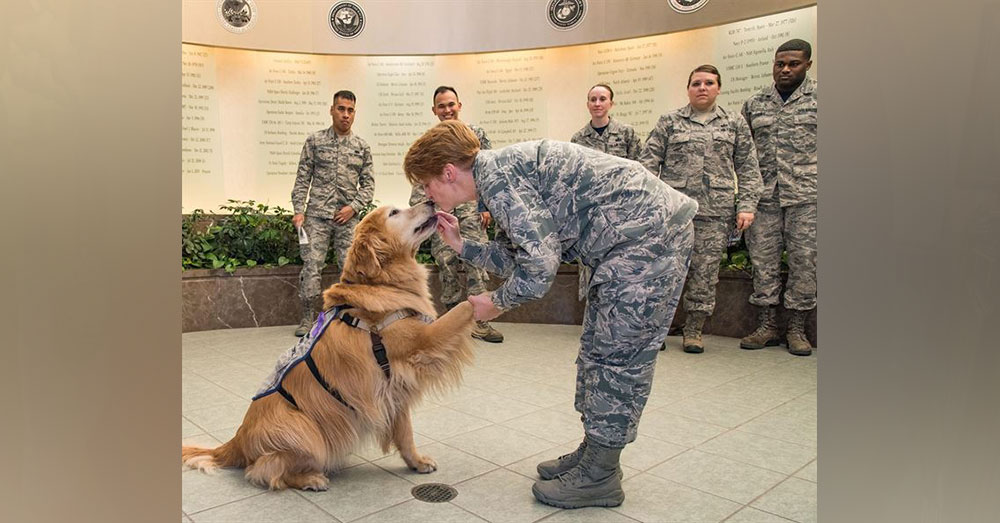 Along with five other dogs, canine Naranjo and his team out in 200 hours a month at Walter Reed National Military Medical Center, in Bethesda. His handler, Hospital Corpsman 2nd Class Steven Hutchins, is immensely proud of the team, and their efforts to put patient care first.

“It’s hard to put this program into words…in any amount of words,” Hutchins told the Journal. “Seeing the way patients appreciate what we’re able to do and how the dogs are able to affect them so deeply in some of the most vulnerable states they’ve ever been in, is touching. It makes you warm and fuzzy inside.” 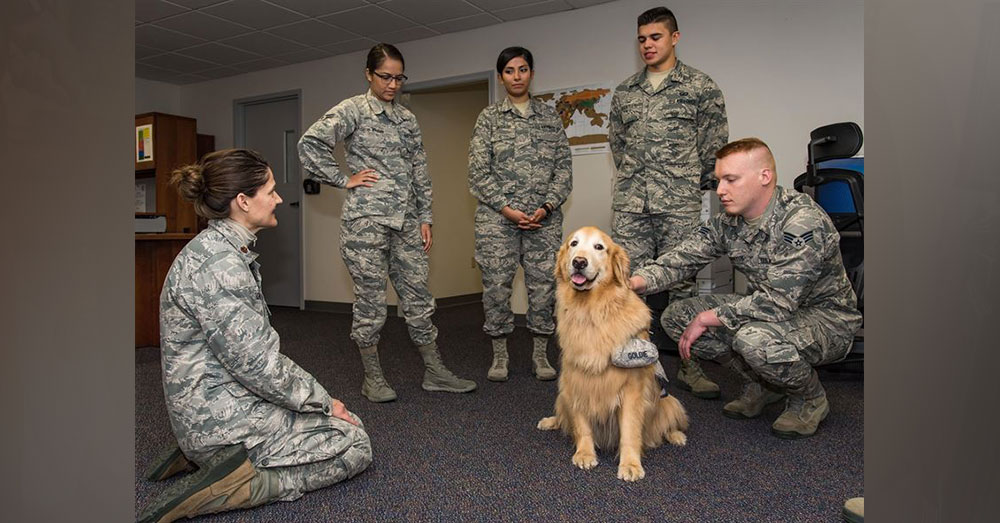 Sgt. Naranjo and others were treated to cake and ice cream after the ceremony, with plenty of dog-friendly food to go around.

“The great thing about promotions is people think of them as rewards – usually because it means more money – but I don’t think we’re paying our facility dogs in anything but treats and I don’t think they’re going up now that we’ve made Truman a SGT,” said WRNMMC’s Assistant Chief of Staff, Army Lt. Col. Jason Silvernail. “I’m privileged to be able to serve and witness this kind of dedication to patients and staff. It makes me proud.”