Matthew B is a truck driver from Texas who has done a lot of traveling with a companion named Ashes. She is a three-year-old cat and he has a very strong bond with her. After all, they have traveled back and forth across the country together.

As they were passing through Springfield, Ohio a few months ago, Ashes slipped out of the 18 wheeler. She was scared by the unfamiliar surroundings and took off for the bushes. Matthew was devastated and began searching for his friend but he eventually had to get back on the road.

A trucker lost his feline traveling companion while they were on a cross-country trip. After being reunited, he burst into tears. 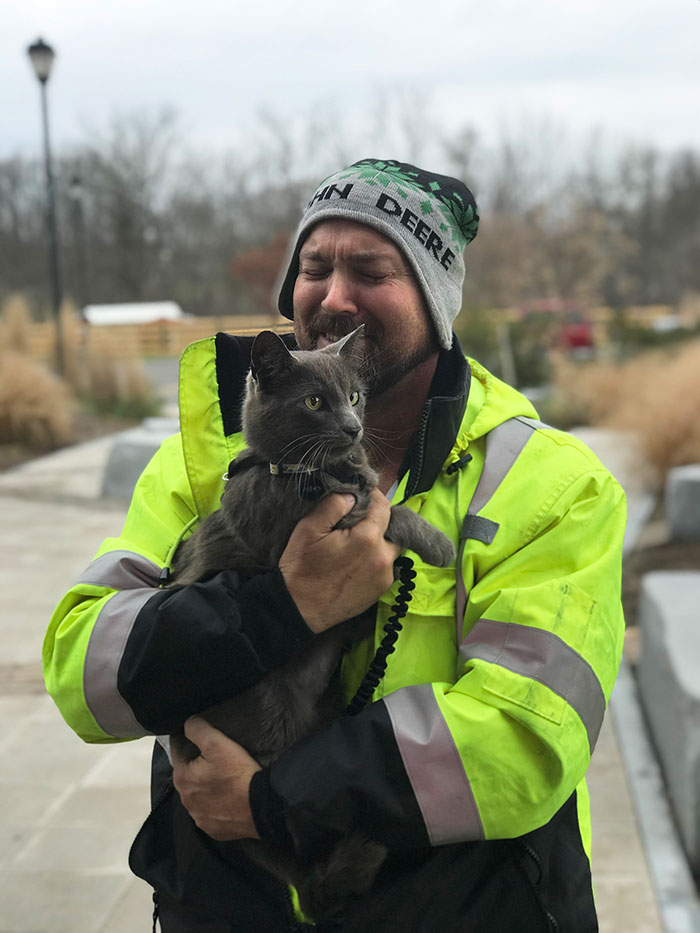 The driver had tried to rearrange things so he would be back near the spot in Ohio where he last saw Ashes. He just couldn’t seem to find her. 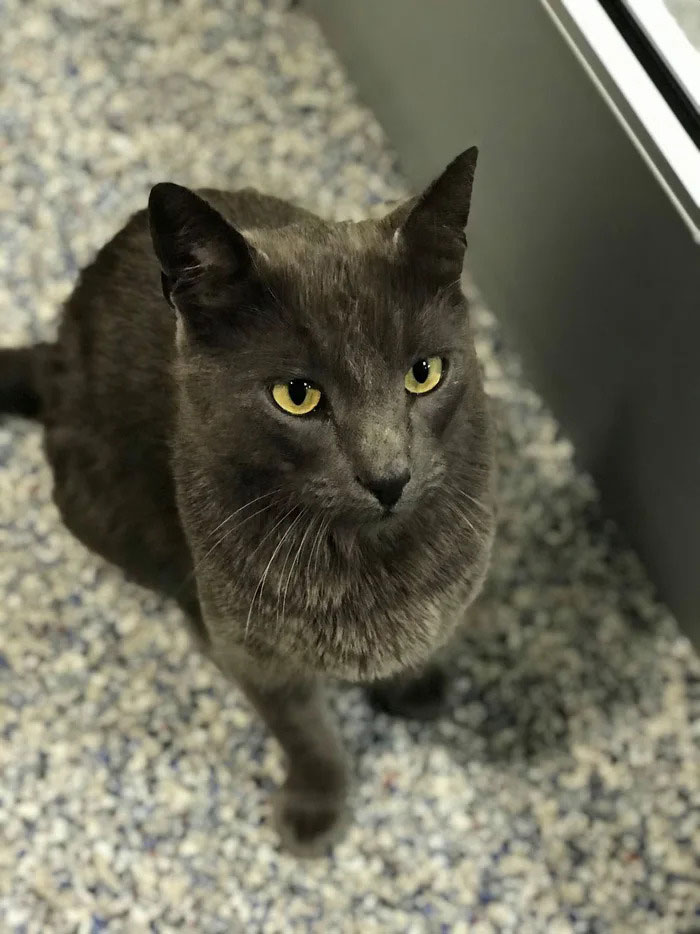 Matthew continued to look but he was concerned that he would never see his cat again. That is when a woman named Kimberly saw her. It was 13° outside and Ashes was looking for some attention. “She was trying to not put her feet down on the ground, it was so cold,” she said. Ashes was taken to the Lollipop Farm and animal rescue organization. 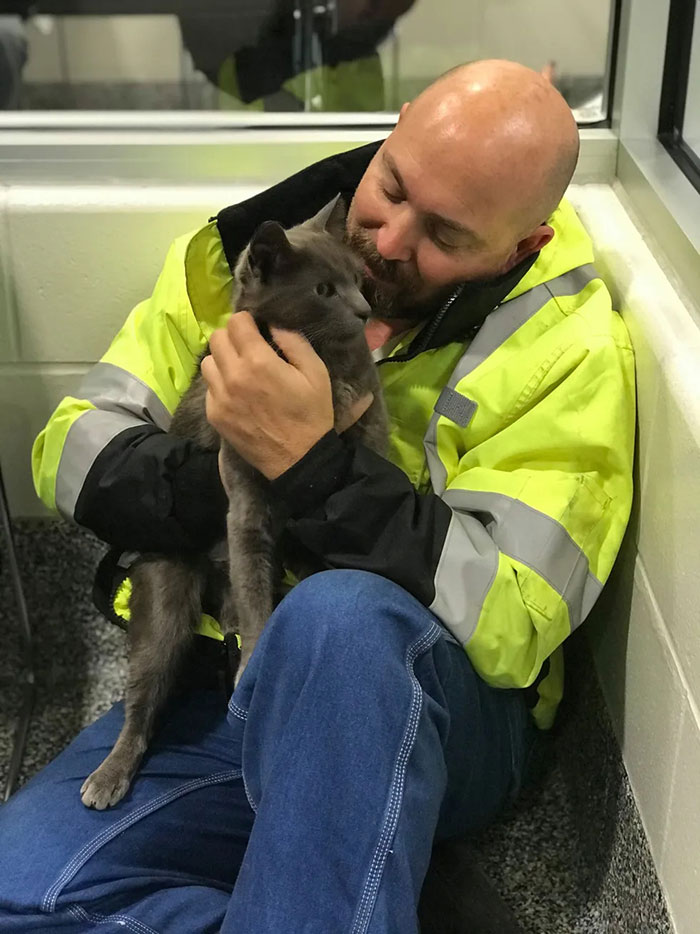 They were able to track down Matthew because Ashes was micro-chipped. They were shocked when they found out that Ashes was 1,465 miles from home. 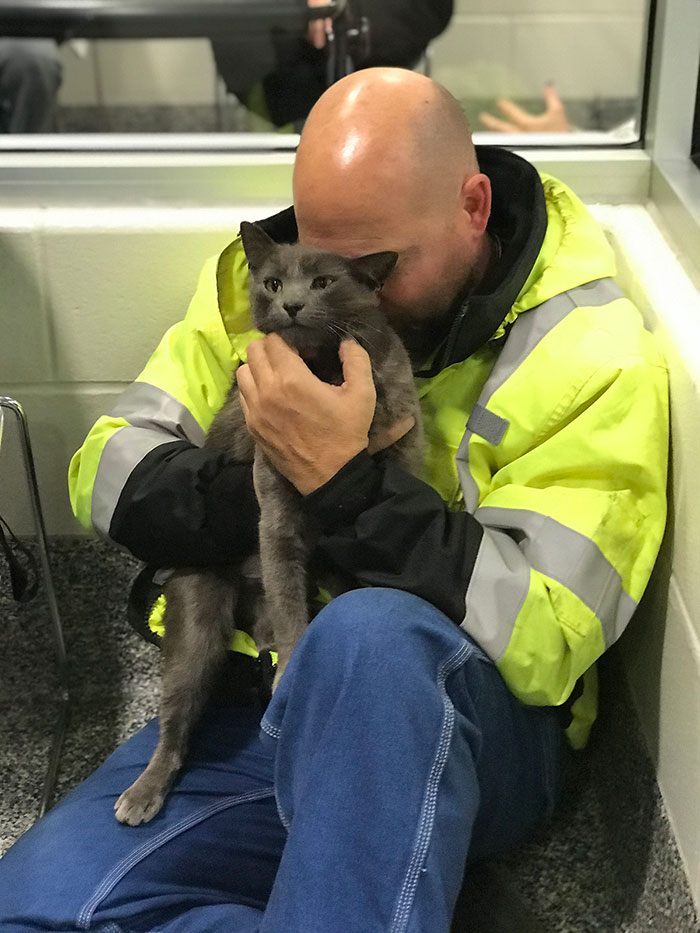 “Our Admissions Team immediately scanned for a microchip, as they do with all incoming pets. Not only did she have one, but she had an owner who had registered him under a Texas address that was over 1,465 miles away! This was one cross-country kitty,” said the organization.

An animal rescue organization, Lollipop Farm was able to return Ashes to Matthew after they scanned her microchip. 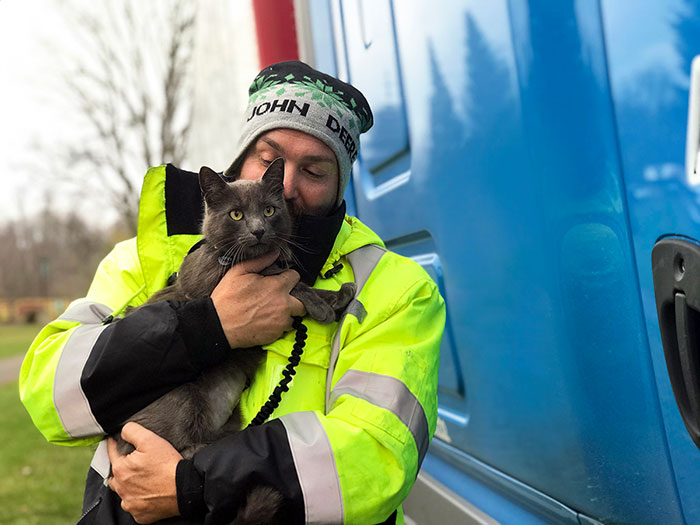 Matthew was thrilled that his traveling companion was safe. 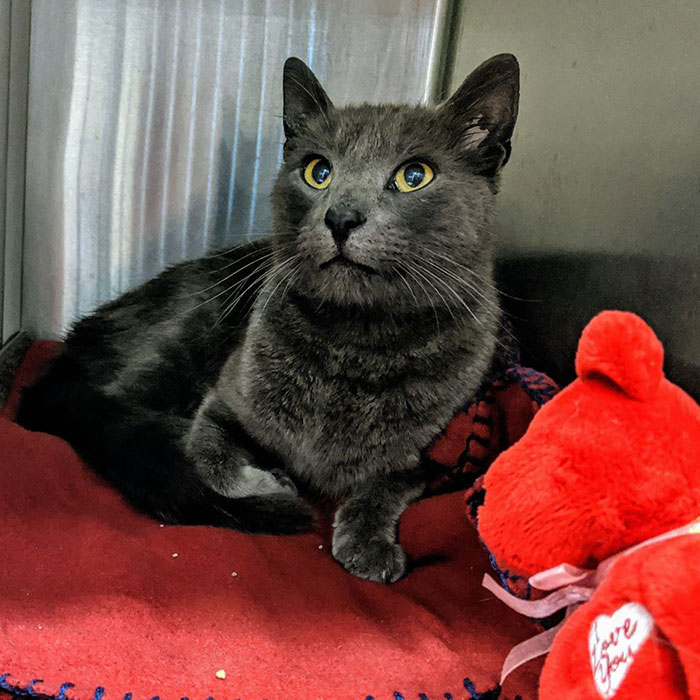