Tripod Dog Surprises His Owners By Learning To Walk Like A Human, Becomes Local Celebrity In The Process

When Dexter goes for walks around his hometown of Ouray, Colorado, other residents take notice. That’s because the Brittany Spaniel has learned how to walk on 2 legs, just like his human owners.

“He’s a showman,” the dog’s owner, Kentee Pasek, told The Denver Post. “He knows when people are watching and he’ll start walking” on his hind legs, which always draws a gawking crowd. “People want to meet him. They either take pictures or get a picture with him,” Pasek said, describing her affable pup as always happy to strike a pose. 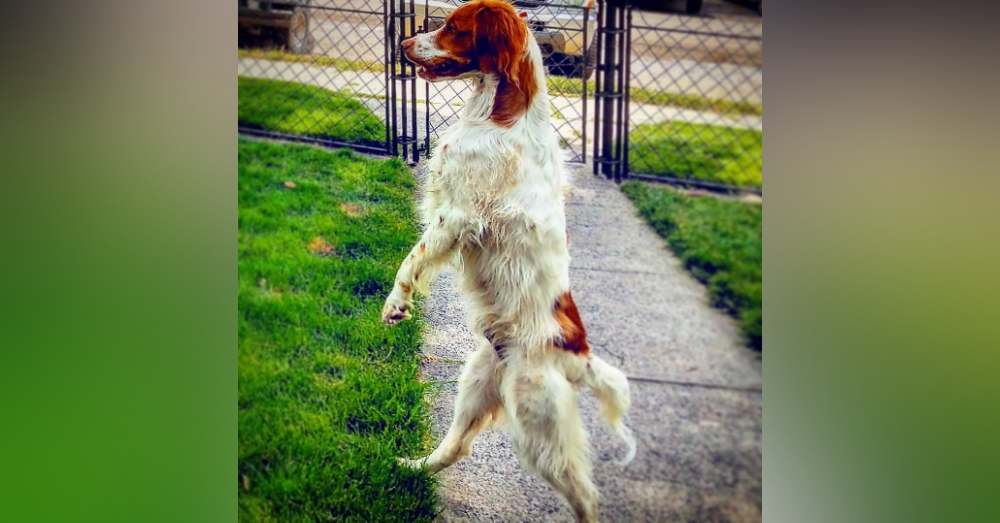 Dexter’s budding celebrity also extends into an online sphere. The friendly pup already has thousands of Instagram followers and, after somebody put his unique walk to music on TikTok, the added distinction of going viral.

Unfortunately, Dexter’s cool trick only came about after a horrific accident. The dog had escaped from the yard and went missing for hours and then. By the time Pasek’s husband, Tim, finally found him gleefully tracking a deer, the pup was hit by a truck while his owner looked on in horror.

Fortunately, Tim is also an EMT, so he was able to apply tourniquets to the dog’s crushed legs at the scene. But while this emergency care may have saved Dexter’s life, it wasn’t wasn’t enough to save the pup’s front leg from amputation.

“He was in horrible condition, with massive trauma,” Dexter’s vet, Dr. Chris Franklin, recalled. “His right front leg was dangling; no way to save it.” 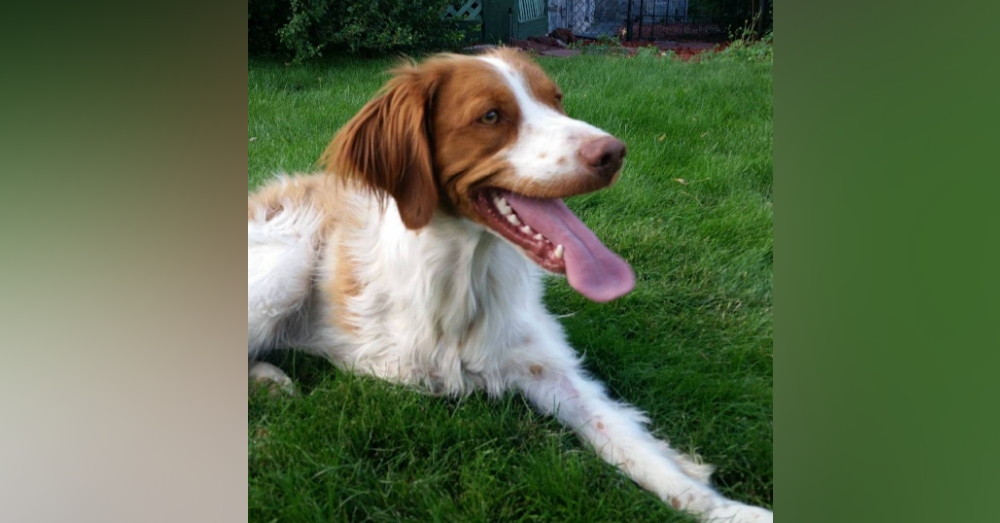 But despite all of his pain, Dexter always retained his cheerful disposition and seemed genuinely pleased to see the veterinary staff who helped him rebuild his other leg over the next 3 months. “That’s pretty rare,” said Dr. Franklin. “Most animals don’t like seeing us.”

Dr. Franklin was also surprised by Dexter’s new way of walking, which the dog just started doing one day on his own. “It was his desire to adapt,” the vet said. “He chose two legs. They (the Paseks) didn’t make him walk on two legs. He accepted that he has this adversity and that he’s not going to let it get him down. He has amazing resilience. He’s like, ‘I got food in my bowl and the sun is shining. I’ll be fine.’”

Dexter’s resilience has also moved his owners, who’ve found their pup’s upbeat disposition nothing short of inspiring during these troubling times. “We’ve lost lives, jobs, travel, school — our lives will forever be different,” said Pasek of the uncertainty wrought by the coronavirus pandemic.

“But you look at Dexter and he’s dealt with his tragedy so graciously this whole time,” Pasek said. “He’s still kind and he’s embracing his new normal. He’s showing us how to be brave and that we can be positive, too.”