Abandoned Dog Chained Up For 5 Years After Her Owner Died, Chewed Off Her Paw To Free Herself

The Stray Rescue Of St. Louis received a call from firefighters about a dog who had been left behind after her owner was murdered five years ago.

For all five of those years, the dog, named Treya, had been living alone under a deck of the vacant home. Instead of alerting authorities or an animal rescue, the neighbors decided to care for her on their own. She survived by eating the food neighbors would give her, and kept warm from the hay they laid down. 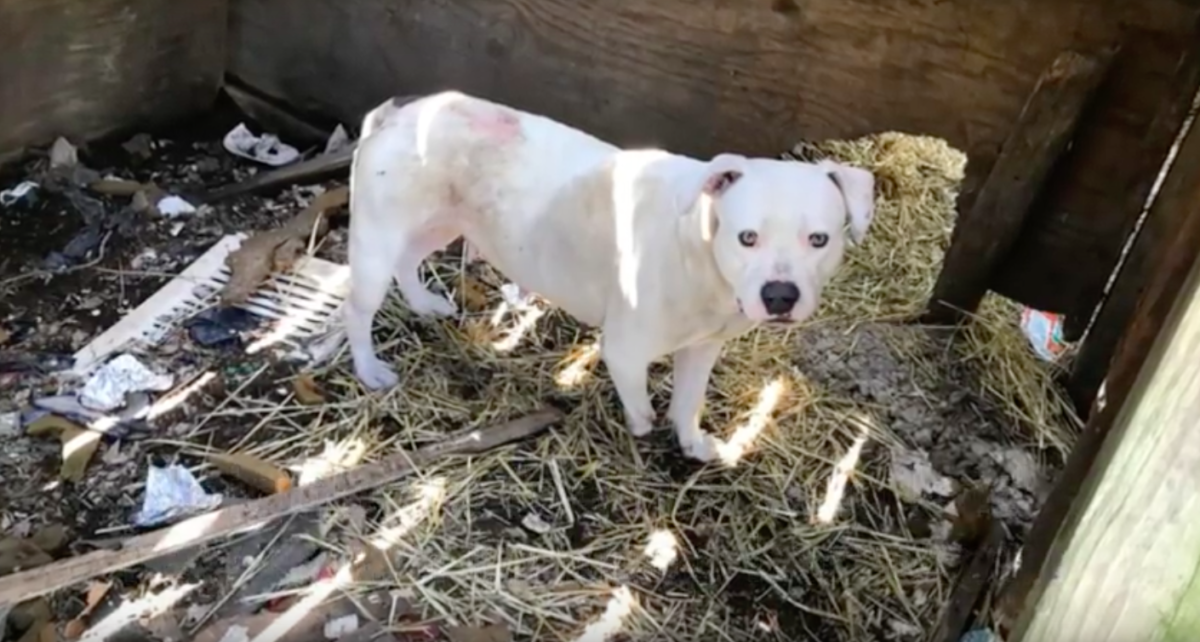 Sadly, she was on a chain that wound up getting tightly wound around her foot. It caused her so much pain for so long that she chewed her foot off to free herself.

Being alone for so many years left her timid and scared, but the rescue introduced her to another dog to start socializing her, and she wagged her tail for the first time. 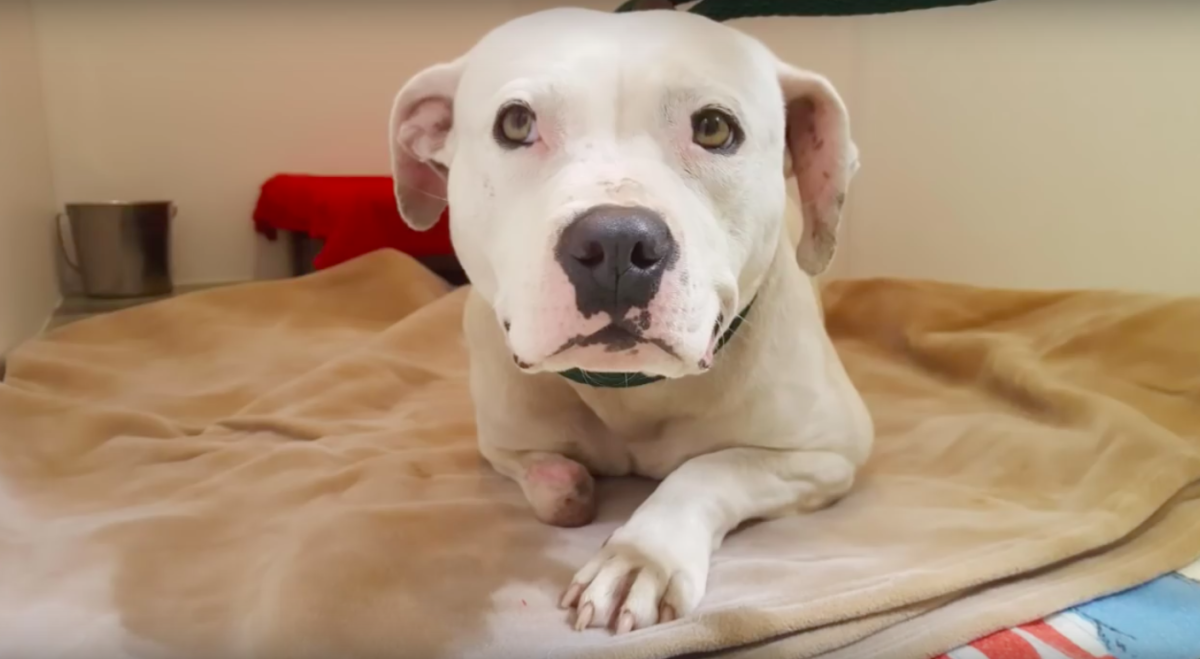 But it would be a long road to recovery for Treya. Aside from missing a foot, she also had heartworm and a severe skin infection.

She is now living with a foster and undergoing treatment for her ailments. She is finally feeling love for the first time in many years, and is thankfully getting a second chance. 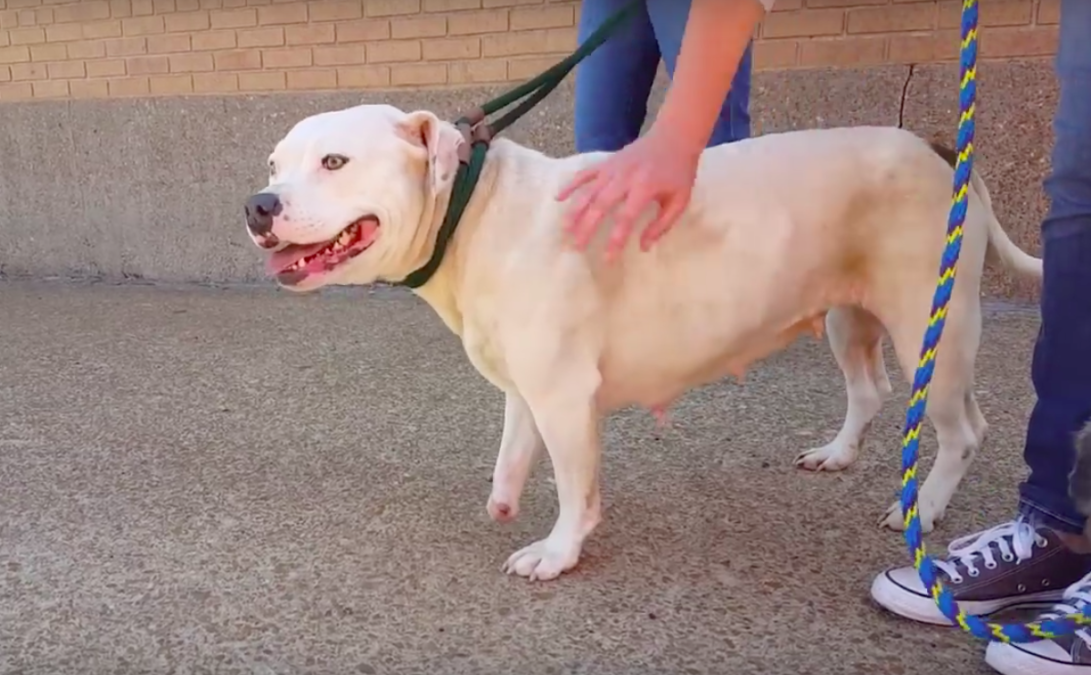 The shelter is raising money to buy a prosthetic leg for Treya so that one day she will be able to walk with ease and even run again!

“It’s a sad, tragic story with an amazing ending,” Randy Grim, founder of the rescue, told the St. Louis Today. 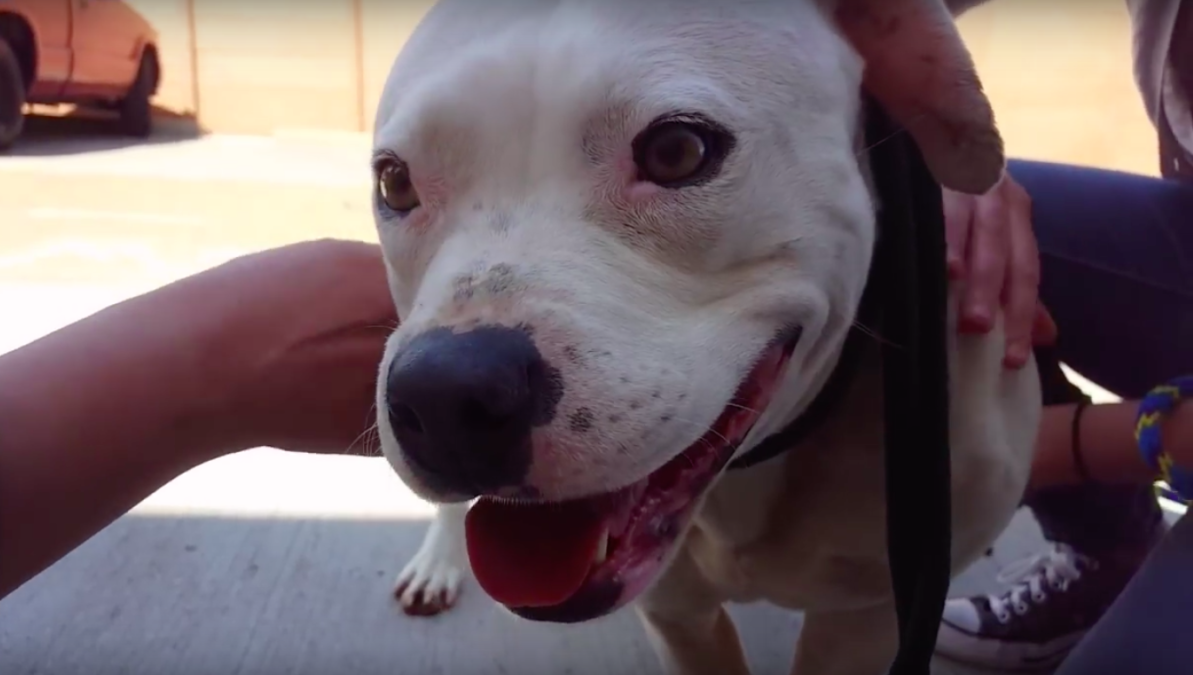 He hopes Treya’s story will encourage future residents to alert a rescue organization immediately when they see an animal who needs help.