Rescuers Save Mama Cat And 5 Kittens Hiding In Tree

It isn’t unusual to find cats stuck in trees. But it’s significantly rarer — even unheard of — to find an adult cat hiding her kittens high up in a tree. Even seasoned rescuers were startled by this strange scenario.

“I have never seen or heard anything like this in my life,” rescuer Linda Brackett, a long-time rescuer and former shelter volunteer, told The Enterprise. “It takes a lot of dedicated volunteers. I have never seen a cat with kittens in a tree.” 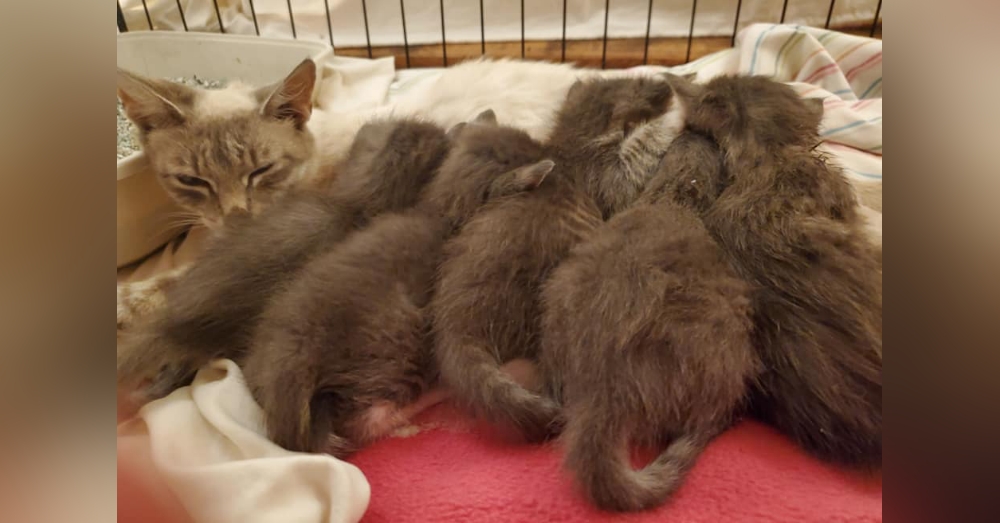 Brackett was just one of several shelter volunteers who helped free a mother cat and her 5 kittens from the tree in Stoughton, Massachusetts, where the tiny brood was discovered by a man mowing his father’s lawn. Aware his father didn’t own any pets, that man reached out to his wife, who in turn contacted a friend (and Brackett’s fellow rescuer) Hillary Moll.

“This guy and I searched his father’s property Saturday but it was noisy,” said Moll, who didn’t find the kittens on her initial sweep of the property, but went back to look again following a tip from the homeowner’s daughter. “She said, this cat went straight up the oak tree and pulled herself into a hole,” she said. “We would have never looked into the tree.” 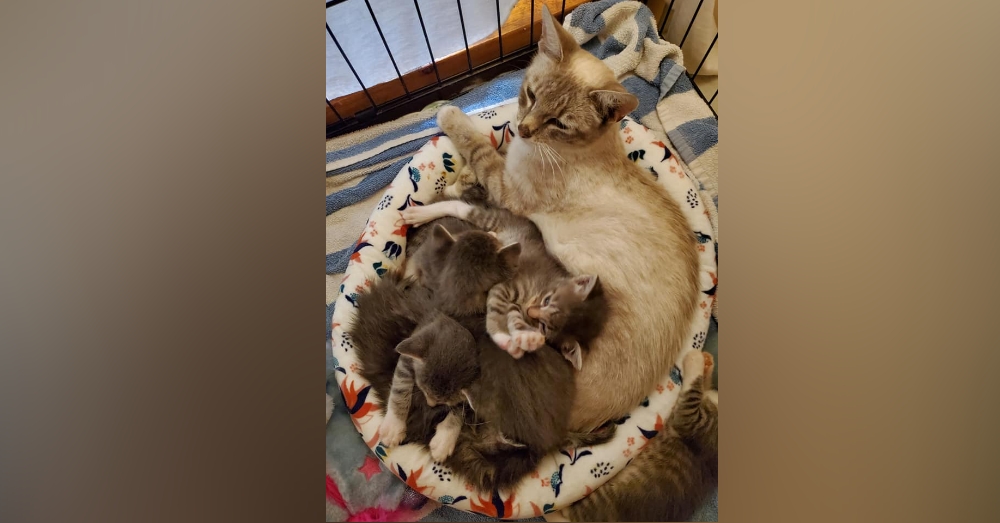 This startling discovery led Moll, who volunteers at Nemasket Orphaned Animal Haven (NOAH) and works as a teacher, to lean a ladder against a large oak tree where the mother cat had been spotted. “I didn’t know who was more scared, me or the mother cat,” the rescuer recalled. “I peek into this hole and I have seen these little faces and the mom. The mother cat flew out of the tree and ran away.”

Moll carefully removed each of the kittens, who appeared to be 3-weeks old, and gingerly carried them one by one down the ladder. Then she and a fellow rescuer set a humane trap for the frightened mother cat, who came back to check on her kittens 6 hours later.

“It was an amazing reunion … but it was just the beginning for this incredible mom and babies, now known as the Tree Litter,” said Moll. Rescuers would name the mother cat Magnolia in honor of her unique rescue story.

Poor Magnolia: she is almost HALF her healthy weight but has fought hard to keep her babies fed while keeping them…

But even though this feline family was now technically safe in foster care, rescuers realized the young kittens — christened Ash, Douglas, Scarlett, Willow and Holly — weren’t entirely out of the woods yet.

“Poor Magnolia: she is almost HALF her healthy weight but has fought hard to keep her babies fed while keeping them hidden high up in a tree,” Moll wrote on Facebook, explaining that rescuers were bottle-feeding the kittens while their malnourished mother was rushed to the vet.

“She got a whole bag of IV fluids, she got medicine because she was very undernourished, but she is doing better,” said Brackett of the mama cat, who grows stronger every day. 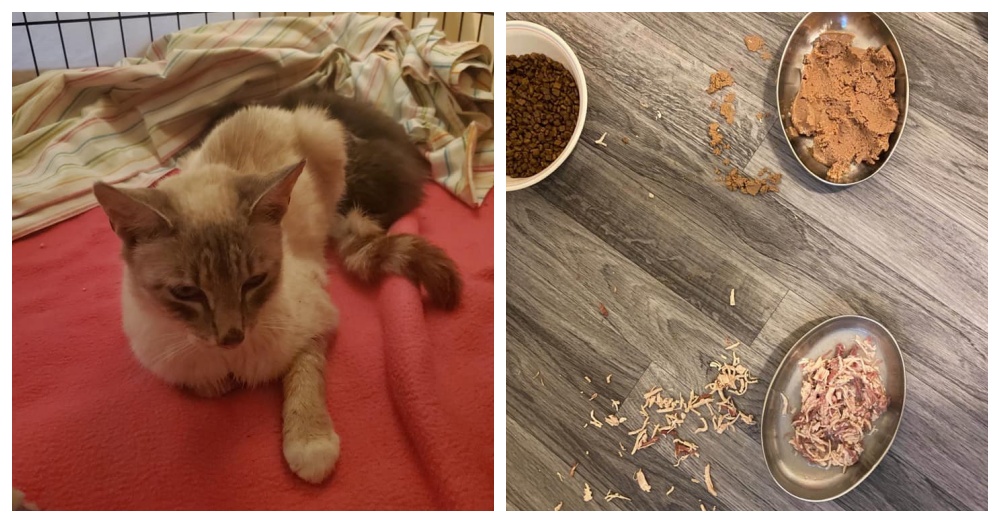 But even though Magnolia remains unable to nurse, this doting mama does what she can to help her hungry kittens. “She is an amazing cat,” Brackett reported . “She is even putting food around the dish, making sure the babies are eating.”