For better or for worse, high-flying service animals have been in the news, sometimes because the animal is behaving badly. There was the man mauled by a Labrador-mix on cross-country flight that left him in need of 28 stitches. Other allegations range from reports of animals peeing, fighting or blocking the aisles; one passenger claims he had to administer oxygen to a dog suffering from anxiety mid-air.

Regardless, the mid-air brawl that broke out regarding a service animal over the weekend wasn’t through any fault of the dog’s — this time, it was the humans who were acting like animals. 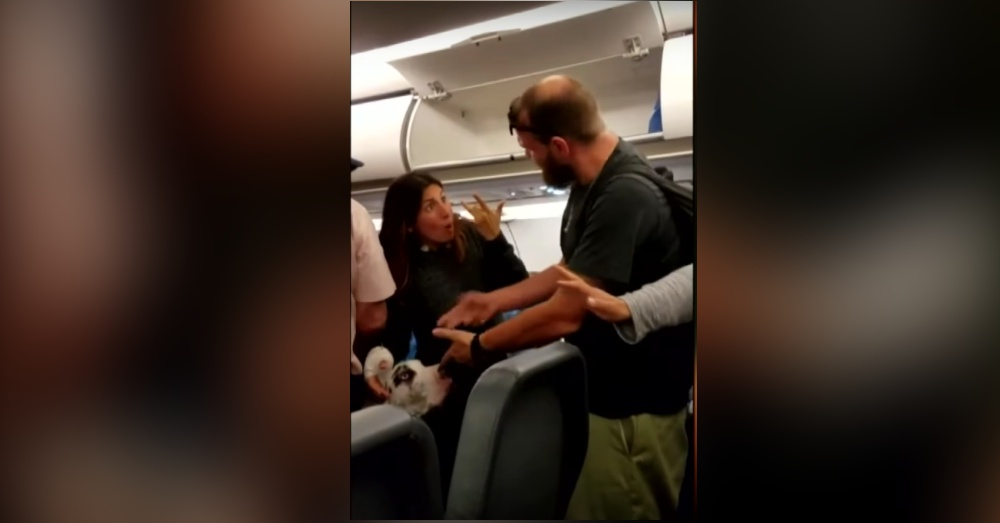 According to witnesses, a shouting match erupted after a passenger allegedly punched a deaf man’s service dog, allegedly hitting the dog so hard that it yelped and tried to hide. That passenger, Timothy Manley, admits to touching the animal, but only to move it aside because his wife is allergic to dogs and the animal, a Great Dane, was taking up too much space. There are some video clips of the on-board incident, though none really manage to illustrate anything more definitive than a shouting match between the two parties. 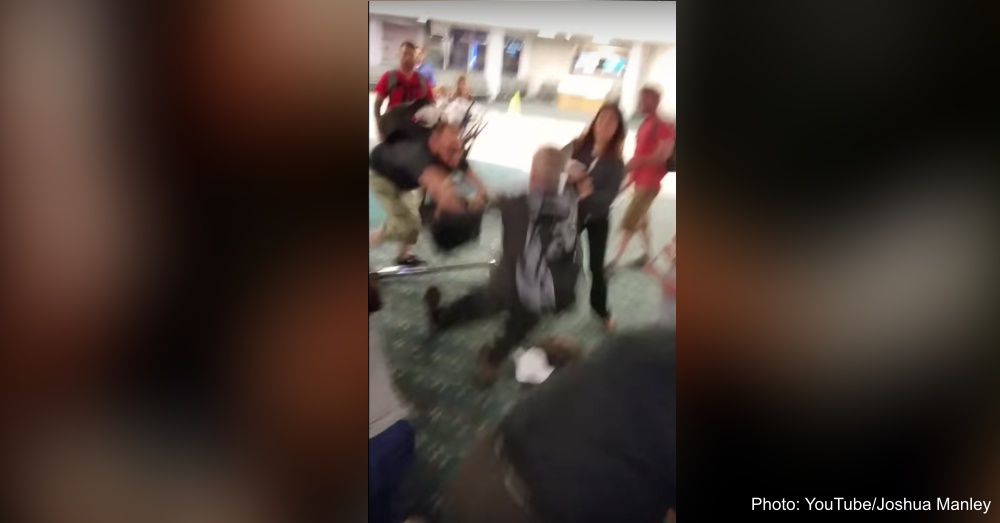 Regardless, things really get ugly when the plane disembarked at Orlando. This time, we see the same two parties break out into a shoving match inside the terminal; this time, the angry deaf man, Mathew Silvay, throwing the accused dog-puncher to the ground. Meanwhile, Silvay’s wife, Hazel Ramiriz, accuses Manley of punching her in the stomach as he attempts to flee.

Regardless, the Orlando Police called to the scene, though the fight was so serious police are considering handing the whole matter over to the FBI. Silvay later called all of these charges laughable, but the pregnant woman, Hazel Ramiriz (also the service dog’s owner) still plans to sue.

Who do you think was at fault? See if you can tell what happened from the video below: