People often find themselves “caught between a rock and a hard place,” although usually just in a figurative way. But when a Colorado dog found himself trapped between a fence and a cement wall, the unlucky pup proved this idiom can literally apply to man’s best friend, too.

Fortunately, a neighbor noticed the Rottweiler’s predicament and called animal control, then tried to comfort the frightened dog while they waited for help to arrive. 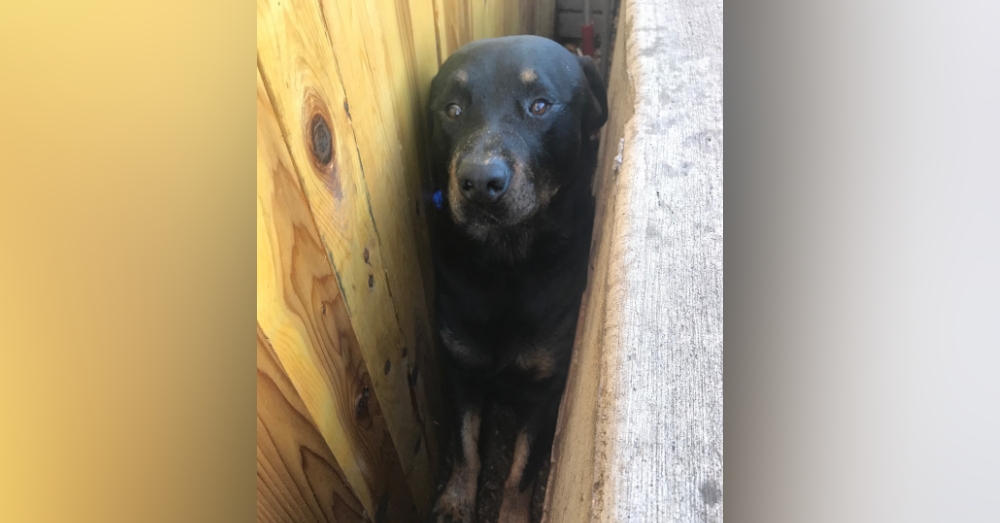 “The poor pup was stuck and scared, but after some soft talk and a taste of an ice cream cone from a neighbor, [officers] were able to save this sweet guy (whom we’ve lovingly named Frederick),” Denver Animal Shelter wrote on Facebook. 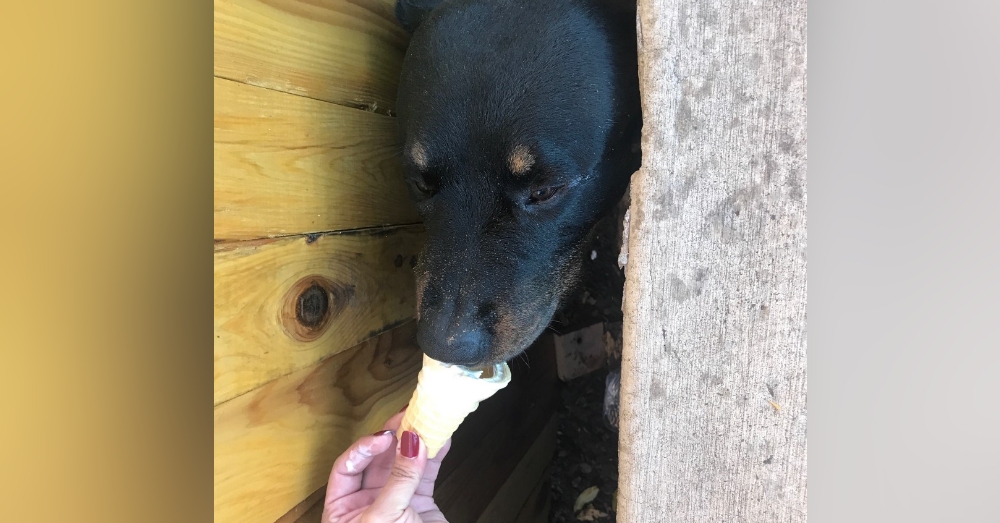 But when officers finally freed Frederick from his quagmire, they made an unfortunate discovery. Although he was wearing a leash, this lost dog wasn’t equipped with a microchip or ID tags, meaning he’ll have to wait at the shelter while officers try locate his family. This is a shame, because Frederick would certainly prefer to be comforted by his loved ones than recover from his ordeal in a strange and noisy shelter.

“He is at Denver Animal Shelter and doing well with sustained injuries,” officers wrote. “We are still searching for this owner though – so please re-share his story so we can find his family!” 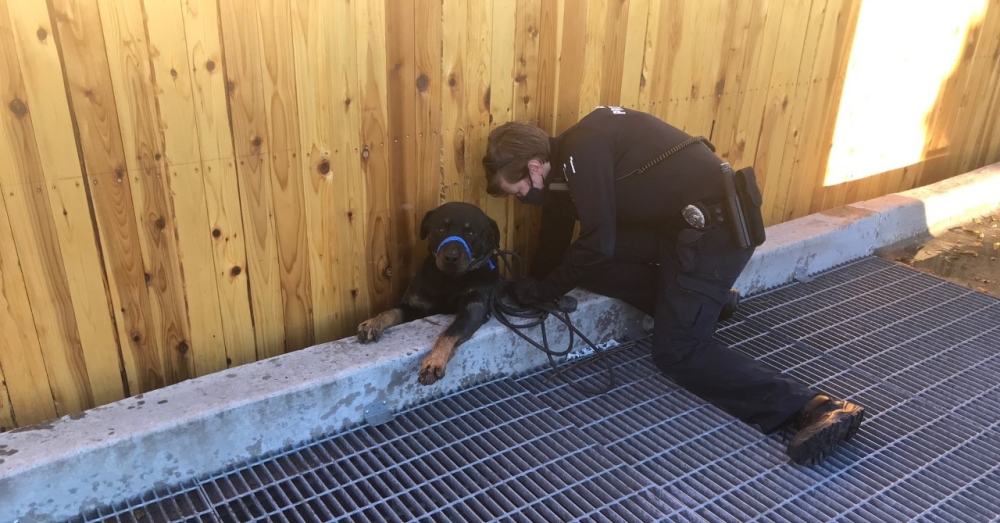 This story is also a reminder of the critical importance of microchipping your pets. After all, you never know when your beloved cat or dog will get lost, stolen, go missing, or get trapped and find themselves unable to make their way home.

Please call Denver Animal Shelter at 720-913-1311 if you recognize this lost dog. In the meantime, let’s help reunite Frederick with his family by sharing his story!