Nothing is more refreshing than a swim on a hot summer day. Some dogs cannot wait to leap into the water, but there are dangers that lurk on the surface that dog parents need to be aware of.

Melissa Martin and Denise Mintz of Wilmington, North Carolina took their three beloved dogs for a swim in a local pond that ended up killing them within hours. What started out as a fun evening turned into the worst day of their lives. 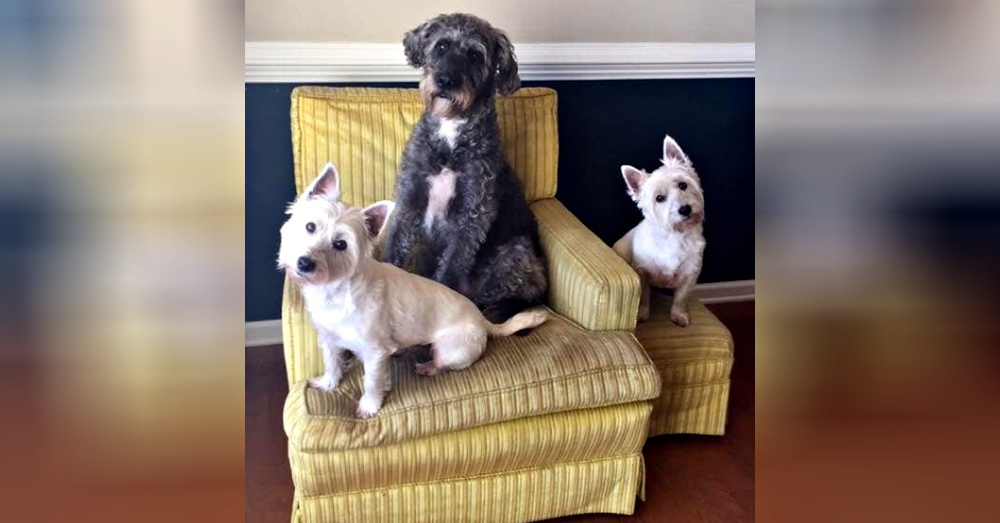 Harpo, a mixed breed doodle, and Abby and Lizzy, two Westies, played in a local pond but unknown to their parents was the presence of toxic blue-green algae.

“Blue-green algae grow and colonize to form ‘blooms’ that give the water a blue-green appearance or a ‘pea soup’ like color. It also looks like blue or green paint on the surface of the water. Because the algae float, they may be blown by the wind into thick, concentrated mats near the shore, thus making them easily accessible to livestock, pets and people. Algal concentrations vary throughout the year, but are most abundant during periods of hot weather in mid- to late-summer months and are most likely to be found in nutrient-rich water,” states Pet Poison Helpline. 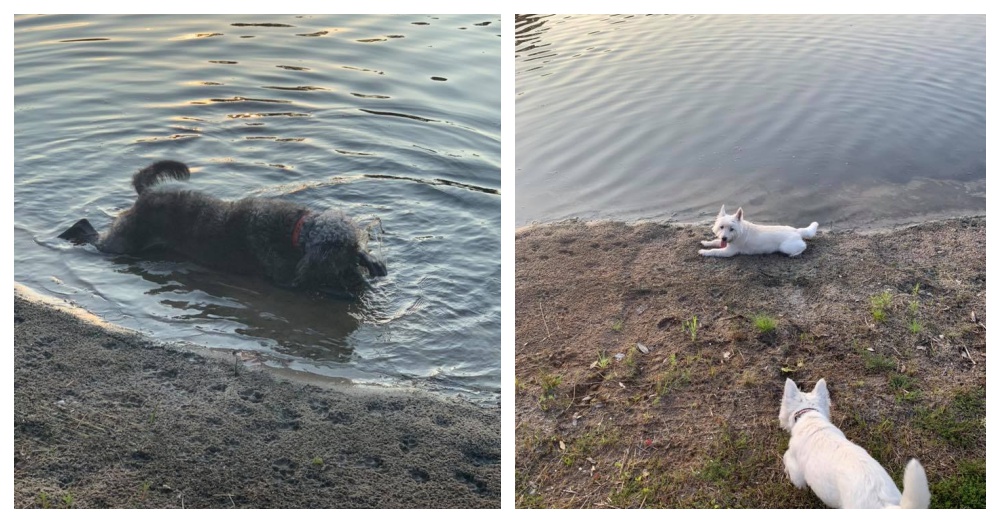 Martin said that the water her dogs played in was almost crystal clear. She posted, “If you search blue green algae, you see pictures of nasty water. That is false! The place our dogs played for their last time was crystal clear except for what appeared to be debris from foliage. Do not let your dogs near standing water. Our westies didn’t even get in the water but played in the mud at the edge.”

“While most blue-green algae blooms do not produce toxins, it is not possible to determine the presence of toxins without testing. Thus, all blooms should be considered potentially toxic. Very small exposures, such a few mouthfuls of algae-contaminated water, may result in fatal poisoning,” warns the 24-hour animal poison control service. 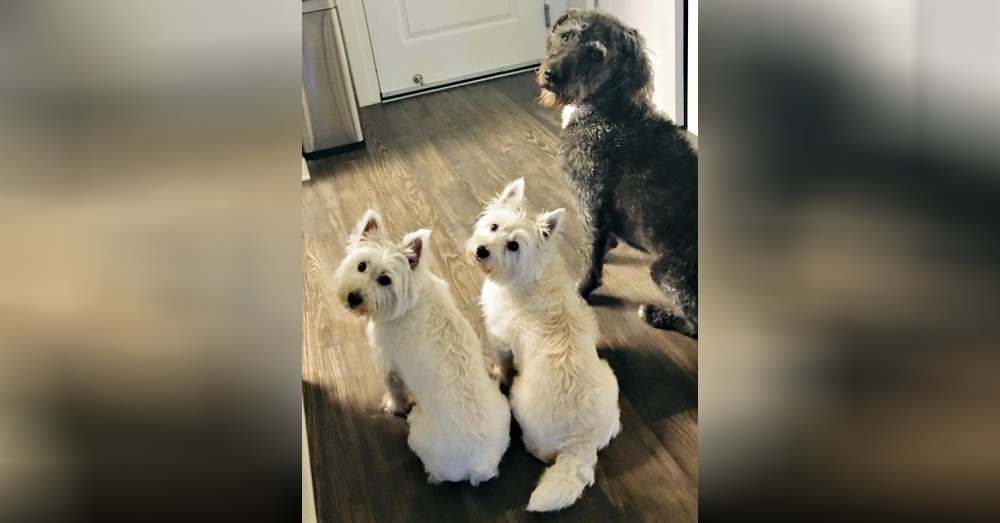 Just fifteen minutes after the family left the pond, Abby started to have seizures. Moments later – Lizzy and Harpo started to seize. All three were rushed to the vet, but sadly all crossed the rainbow bridge by midnight. There is no antidote for the toxins produced by blue-green algae.

Martin took to Facebook to share the devastating incident and to raise awareness to save other dogs. She wrote, “At 12:08 AM, our dogs crossed the rainbow bridge together. They contracted blue green algae poisoning and there was nothing they could do. We are gutted.” 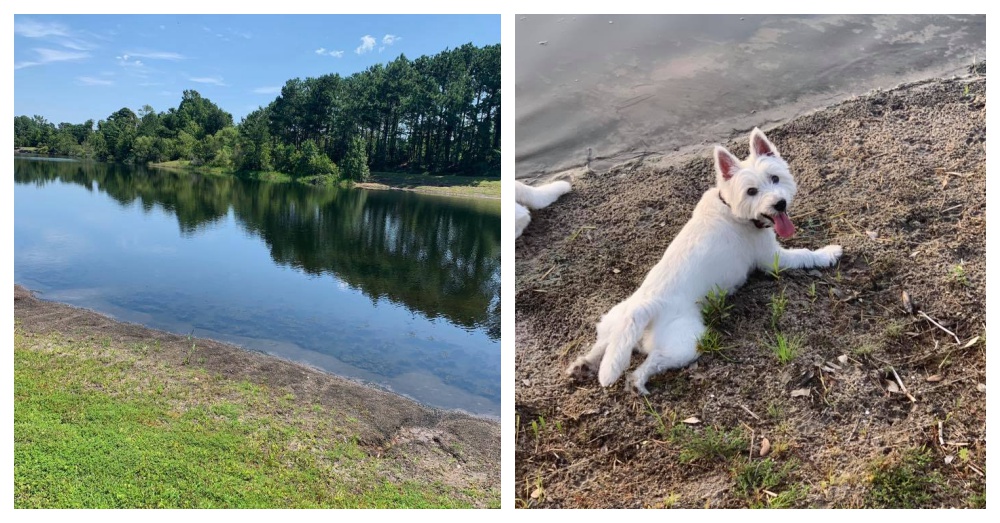 She went on to say, “I wish I could do today over. I would give anything to have one more day with them. Harpo and I had work to do, but now we will carry on in his memory and we will make sure every standing body of water has a warning sign.”

A GoFundMe campaign was started to raise money to post signs in front of all contaminated waters in the United States – to ensure no other dogs die from toxic blue-green algae. 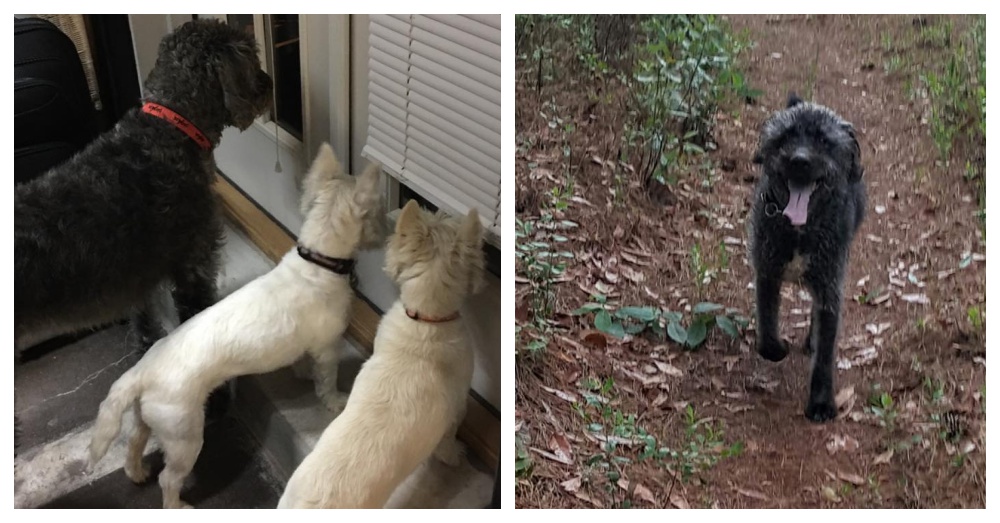 “What started out as a fun night for them has ended in the biggest loss of our lives. We need your prayers. Not sure we’re strong enough to get through this without them,” Martin posted.

We are so sorry for your loss. Please share this heartbreaking story with all your friends and family to make sure they are aware of the toxic danger that could be in their local ponds and lakes.