For shelter pets a good photo can make the difference between being adopted or passed by.

Totaro is a proud member of HeARTs Speak, a non-profit that connects artists around the world with shelters to help increase the exposure of the homeless pets. Their motto is “SEEN = SAVED”. The artists provide their services pro bono to help animals in need. Totaro has helped local shelters and a sanctuary by photographing the animals and shining a light on all the good work being done. 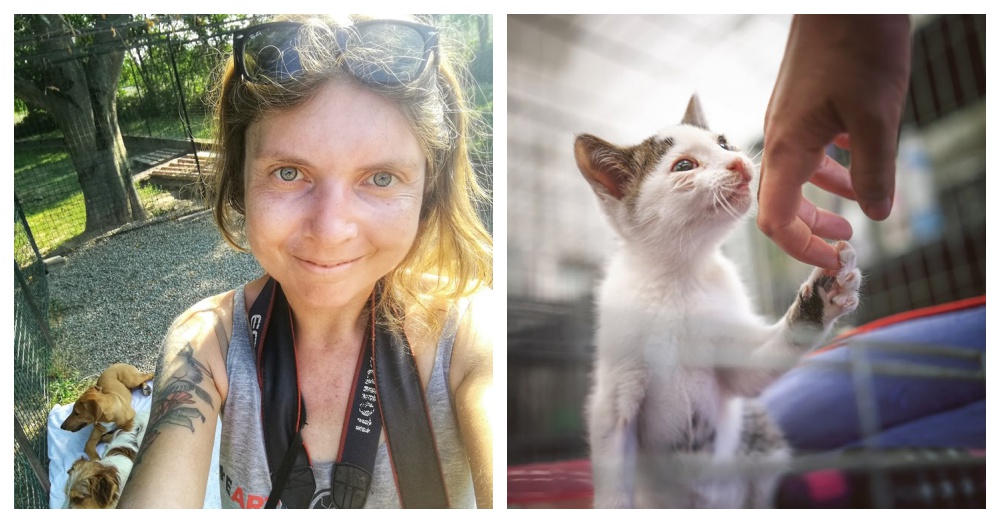 Canile Di Cossato, an animal shelter in Italy, creates a calendar every year with some of their adoptable pets. The proceeds from the calendar help feed and care for the homeless dogs and cats. Totaro took photos of the animals and captured their personalities to encourage more people to inquire about adopting them.

She told LiveKindly, “Photography, for me, means connection – between the subject and the observers, like temporarily borrowing my eyes.” 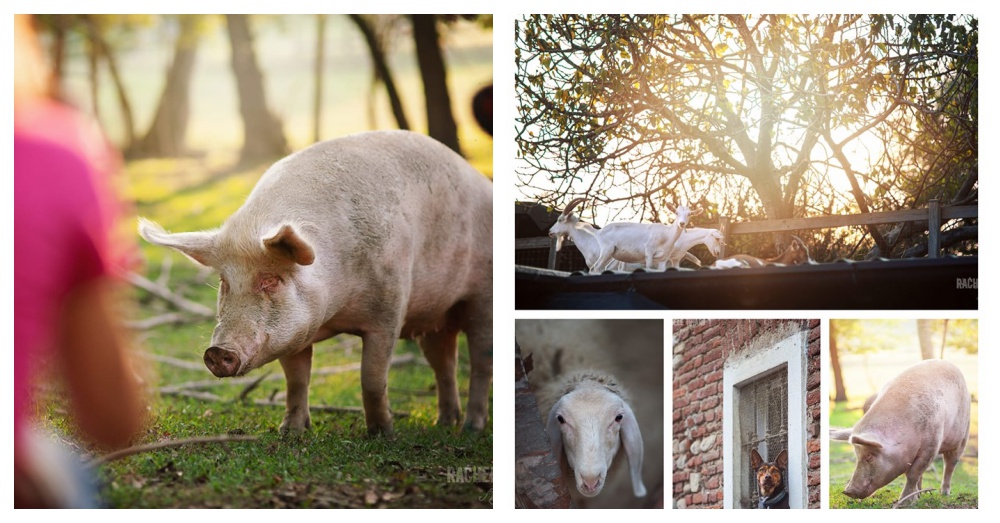 She recently posted photos she took at Rifugio Miletta, a sanctuary for animals. Along with photo of a rescued pig named Viola she wrote, “More free animals, comrades and not slaves; free to live, first, and to live with their families and their friends; to explore, to know, to choose – even if approach or not to human animals.”

Totaro frequently visits La Collina dei Conigli, a rescue center for laboratory animals, to photograph the rehabilitated animals and their first moments outside. The rescue takes in rabbits, guinea pigs, rats and mice used for testing that would otherwise be killed. 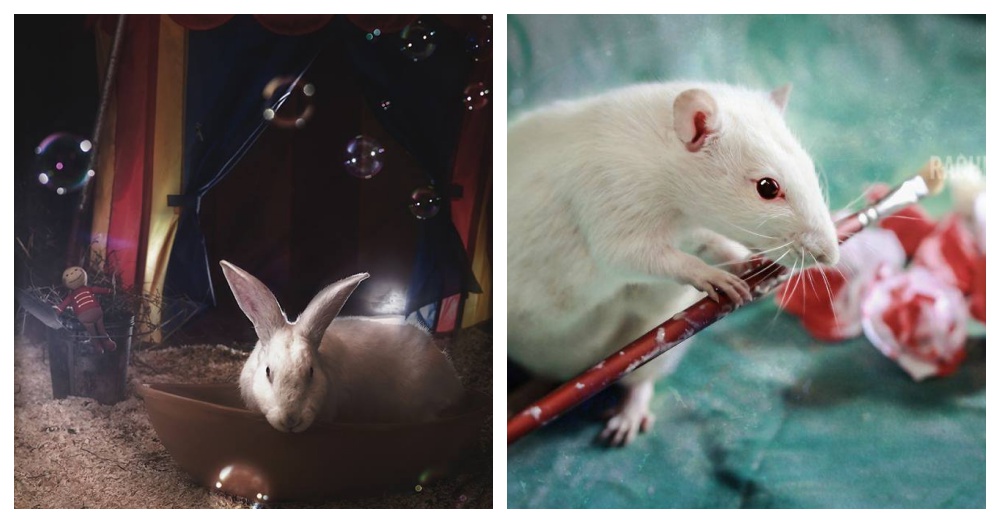 “Every year in Italy hundreds of thousands of animals die in laboratories. Some because used for tests with a lethal outcome; many used for experiments from which they could easily recover and start a normal life again; many never used in tests but held in laboratories as surplus of security or as a control, and which become a useless expense once the experiment is over,” states the rescue center.

The incredible moment that the caged animal finally gets to go outside is captured by Totaro. It is an emotional experience for all involved as the animals touch the grass for the first time or feel the breeze on their face. Once the animals are treated they are put up for adoption. They all deserve loving homes and a chance to see that not all humans are bad. 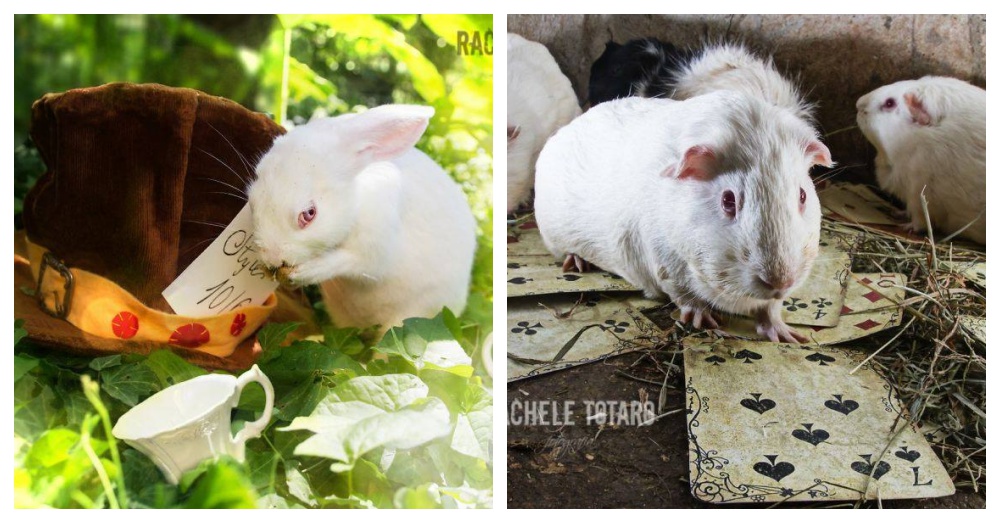 Some of the photos Totaro took for the rescue center were story themed. She captured a rescued lab rabbit in a scene inspired by ‘Dumbo’ and others with rabbits, guinea pigs and mice from ‘Alice in Wonderland’. Although the photos were taken a couple of years ago, their magic is still impacting people today. 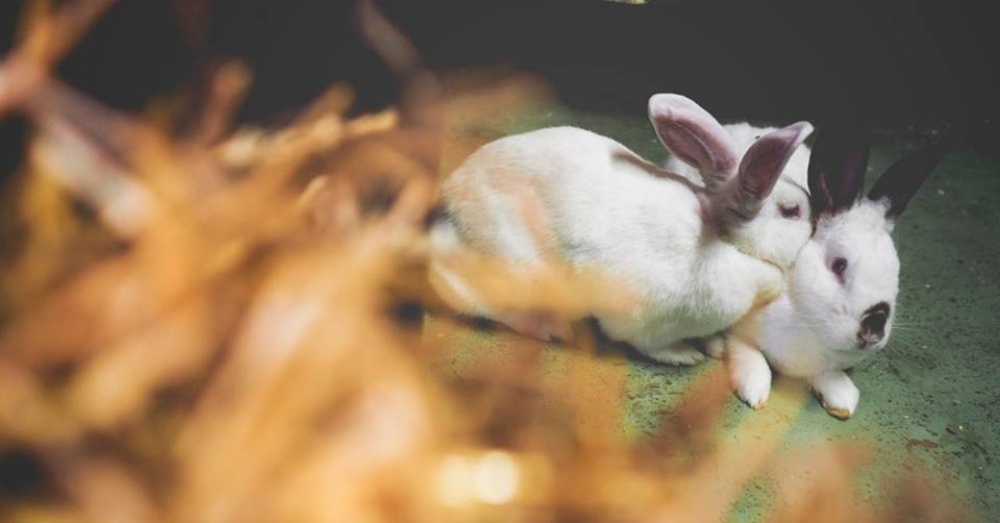 Another inspirational photo was of two rabbit rescued from a lab sharing a quiet moment together. The photo was captioned, “hidden behind the hay (because every added presence added would have been superfluous, as love is always enough in itself) a stolen shot of two lovers looking for their new forever home.”

Follow her on Facebook and Instagram to see all her amazing work. This animal-loving photographer is an inspiration to us all. How can you use your talent to help animals in need?

Vietnam Veteran’s Dying Wish Was To See His Beloved Yorkshire Terrier One Last Time: Click “Next” below!