A male gray cat was found tortured and mutilated after enduring weeks of abuse.

Alley Cat Rescue (ACR), a non-profit organization dedicated to the welfare of all cats, heard about his situation and saved him from the local shelter so they could provide him with the extensive medical care he needed.

Hardy, as he was later named, was found with his ears gashed and his tail and toes bound, cutting off circulation. His toes and tail were barely hanging on when he was brought in. It broke the hearts of everyone who met him. Even though he was abused by humans, he still purred at the slightest scratch of his chin. 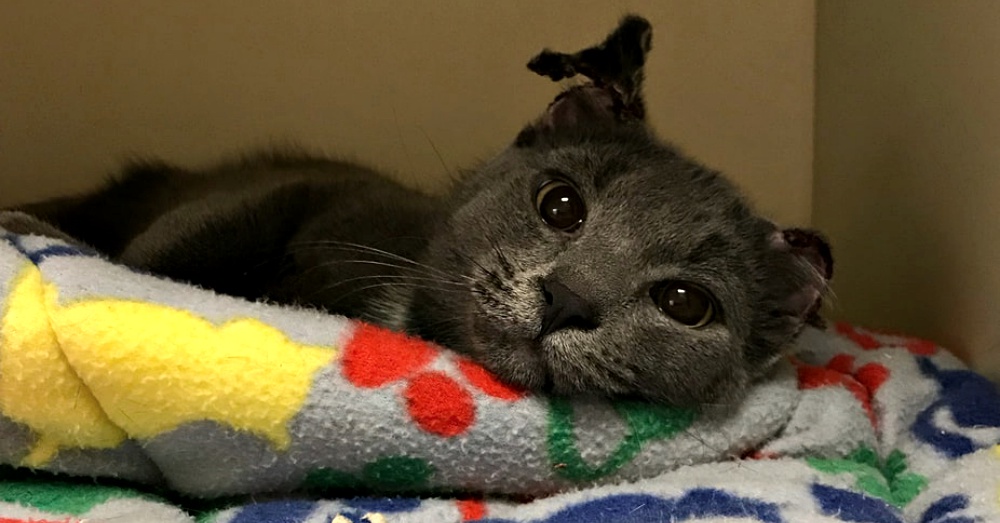 He was immediately brought to a vet for x-rays and to assess the situation. His back left leg was mutilated to the bone. He ended up losing most of his toes and a majority of his tail because of the length of time he was tortured. The vet told ACR that Hardy was a victim of intentional cruelty. The road to recovery was going to be long and hard. 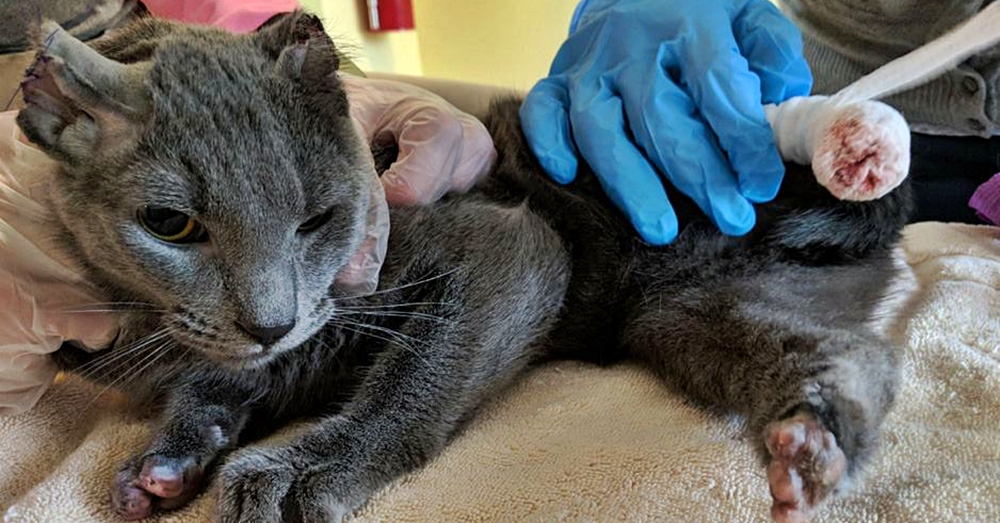 The cat was discovered in Walker Mill Apartments in District Heights, Maryland. ACR staff made fliers and hung them in the building asking residents to help catch the person who did this. 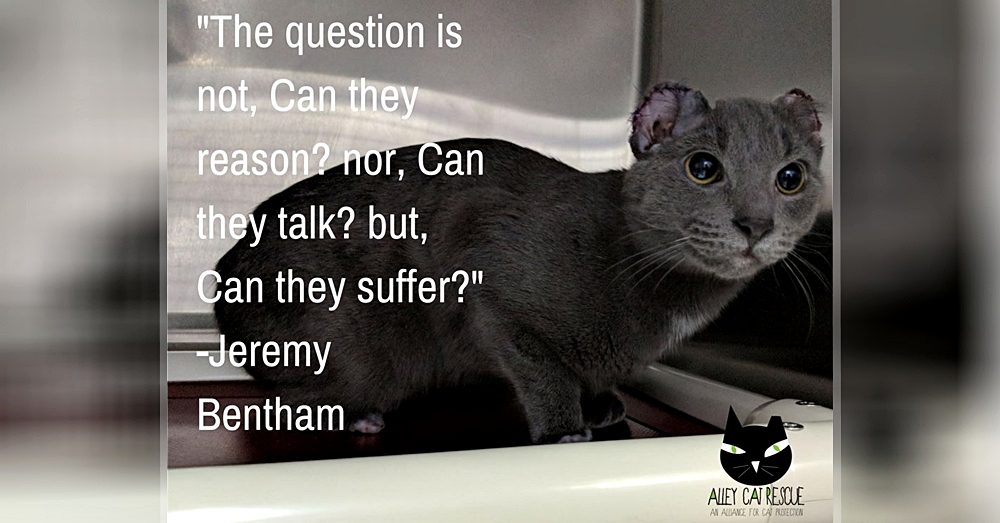 ACR is offering a $3500 reward “for information that leads to the arrest and conviction of the person or person(s) responsible.” That person remains undiscovered, but Hardy’s supporters are not giving up on his case until the abuser is found and brought to justice. ACR Communications Associate Brianna Grant states, “Animal cruelty can be indicative of a violent personality. A person who commits such violent acts against an innocent cat could progress to hurting more animals or even people.”

Click ‘next page’ to read about Hardy’s recovery and watch his joyous adoption video!