They Wanted To Introduce Him To The Other Rescue Cows, But He Fell In Love With A Tortoise Instead

Leonardo, an African spurred tortoise, was rescued from a zoo closing in Bangkok, Thailand, and was brought to the Wildlife Friends Foundation Thailand (WFFT) Rescue Center in 2013. He enjoyed his new life at the sanctuary, but he had no idea that he was about to meet his new best friend. 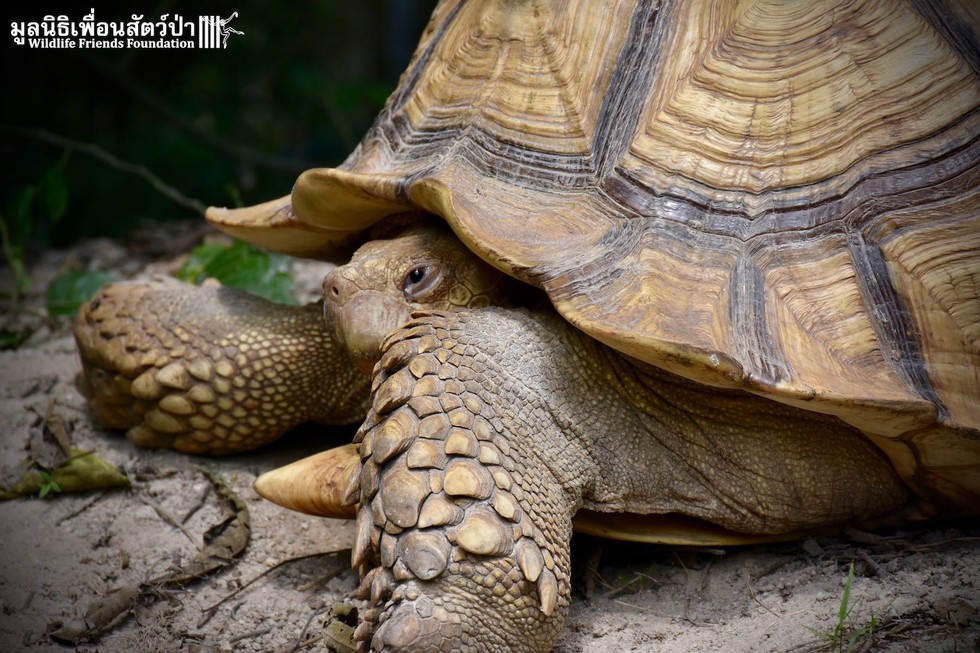 This past February, a young cow was grazing with his mother when he got tangled in vines. The vines were wrapped around him so tightly, that he wound up losing part of his hind leg. He was taken in by WFFT and given a prosthetic to help him walk. 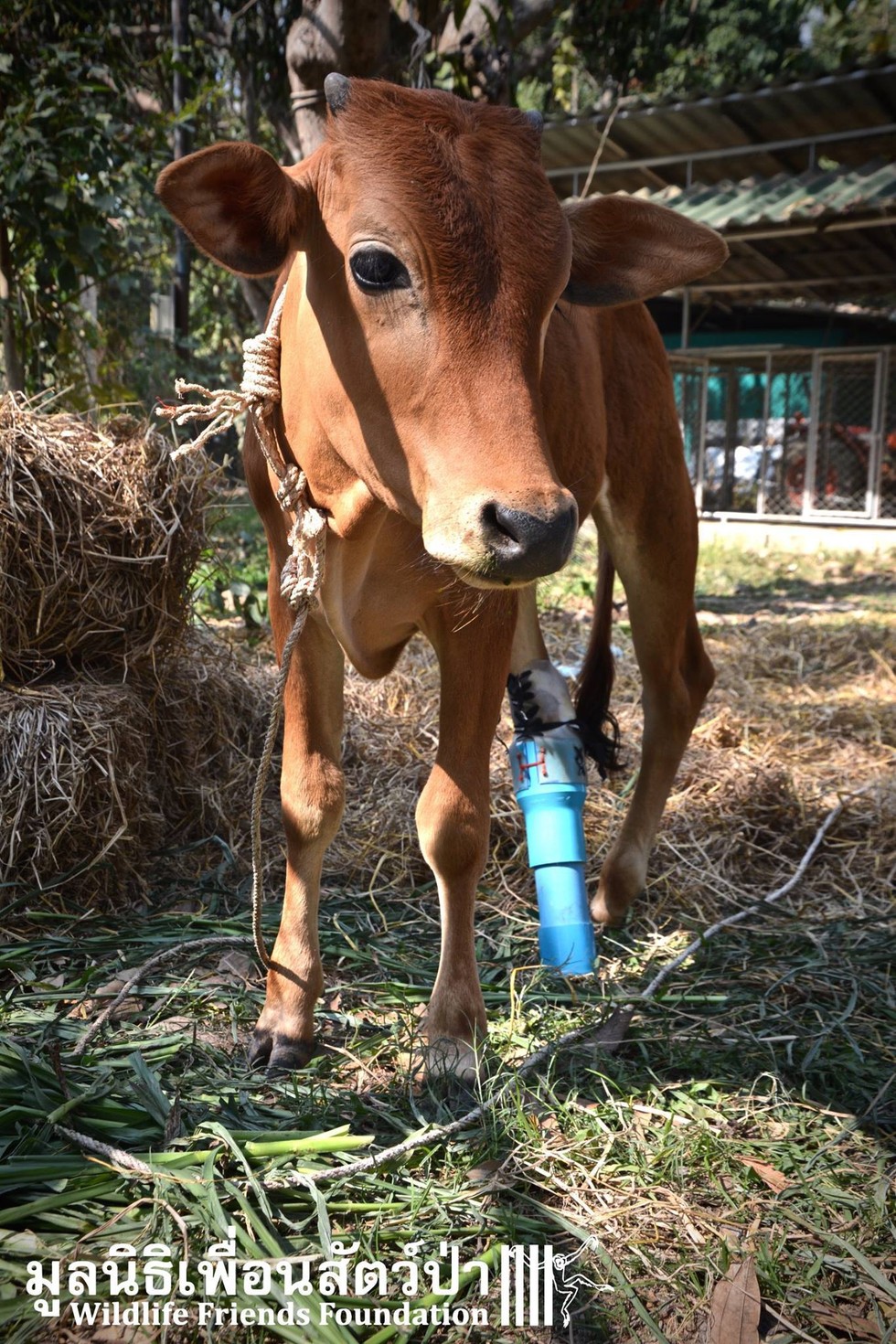 The rescuers were going to introduce the cow, named Simon, to the other bovines at the sanctuary, but he found a different kind of friend first. Simon saw Leonardo and it was love at first sight! 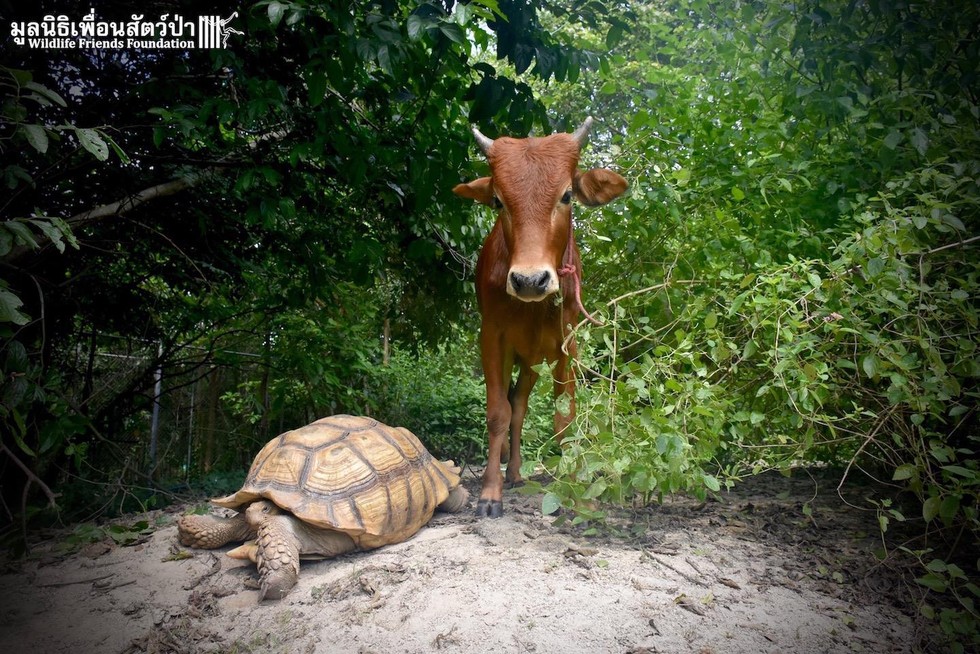