This Tortoise And Cat Friendship Is Taking Over The Internet!

Animals make great friends for humans, there’s no doubt about that, but when they make friends with each other, that’s something truly special.

Inter-species friendships are not unheard of on the pages of The Animal Rescue Site. We’ve seen plenty of dogs enamored with horses, even an owl head over heels for a Newfoundland, but a feline and a tortoise? Now that’s a new one. 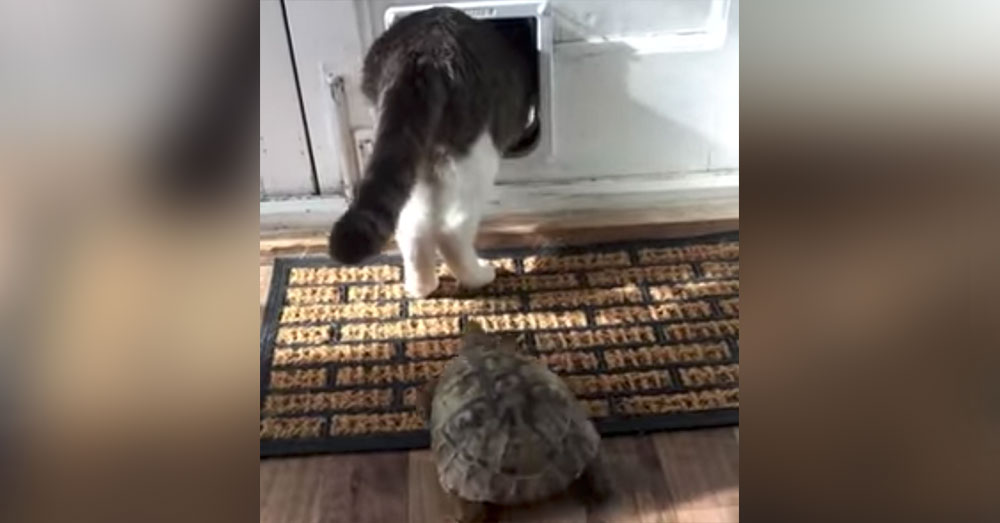 Stanley the tortoise accompanies his friend Tommy the cat everywhere. According to WAFB, the half-shelled hero literally follows Tommy’s tracks as they “scamper” around the house, though Stanley is usually bringing up the rear.

Then one day, Tommy used the cat flap.

It was an unusual course of action for a tortoise, but one which Stanley was happy to oblige. He wasn’t about to let a small obstacle get in the way of chasing after his best friend. Stanley pushed through the flap with all his might, until his persistence paid off. 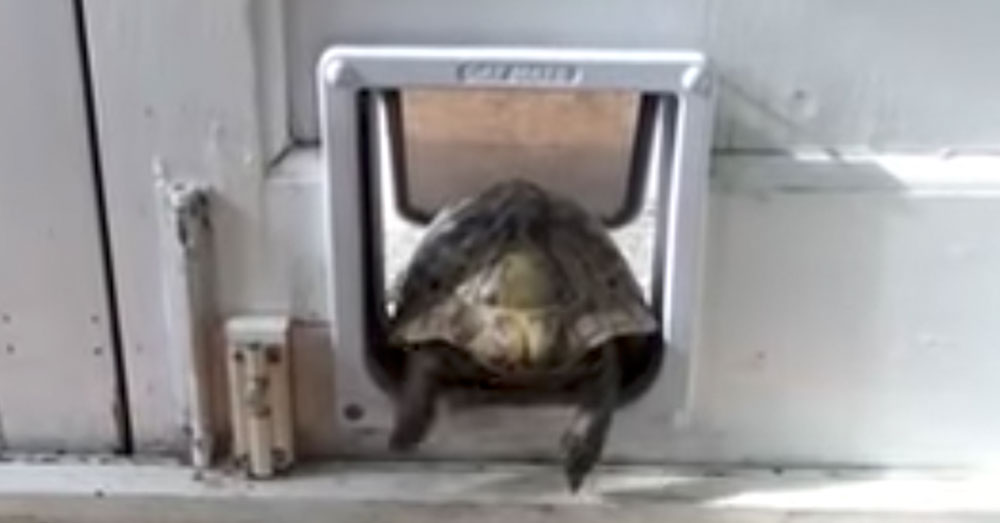 He only got stuck for a few seconds, but as the story does, slow and steady wins the race.

Good on you, Stanley! These two make an adorable couple. We hope it’s not the last we hear from them!