The Greek government introduced new legislation last year that made it illegal for donkeys or mules to carry more than 15 stone (210 lbs) or one-fifth of their body weight, but it is not being enforced.

Santorini, one of Greece’s most popular destinations, has nearly two million visitors each year and many see riding donkeys as part of the experience. Donkeys and mules are forced to carry tourist up over 500 cliffside stairs to the capital of Fira and back. Aside from exceeding the weight limit, the animals are forced to work in the hot sun with minimal breaks and no food or water. Handlers have also been recorded beating the animals to make them continue on. 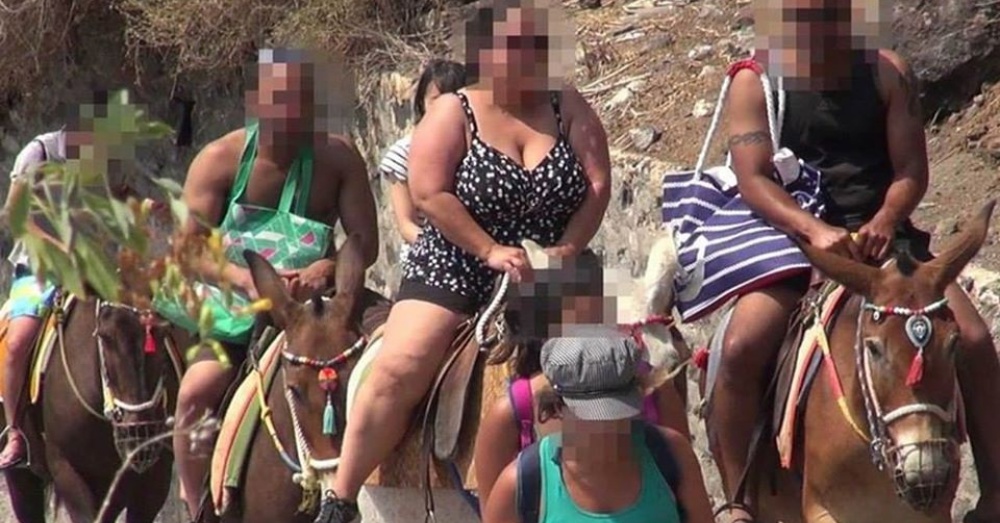 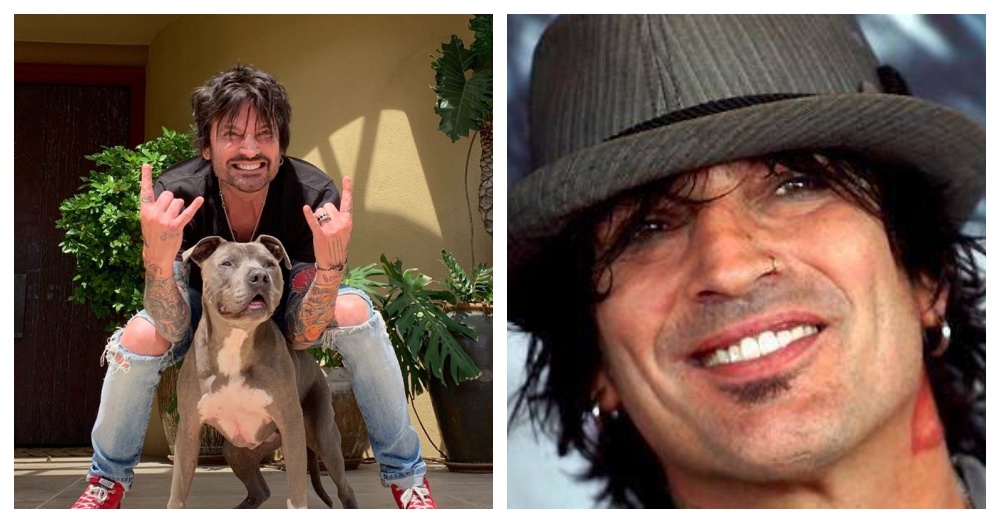 “I’m honoured to have been born in Athens, and wherever I tour with Mötley Crüe, I proudly proclaim my Greek heritage.

But there’s an issue souring the reputation of Greece that I hope you’ll help resolve: the sickening abuse of broken-down donkeys and mules made to lug tourists up steep hills on Santorini.

I visited the island this summer on a yacht trip – we docked there for two days and I refused to ride a donkey up to the city centre.

I just saw this story about it on CNN and decided to join my friends at PETA in trying to stop this cruelty. I was especially angry to learn that a law passed just a few years ago to help the donkeys isn’t being enforced. Tourists should take Santorini’s cool cable car!

Instead they pile on to struggling donkeys, who are forced to carry humans up and down the 500 steps from the port to Fira’s old town several times a day.

Animals have no protection from the scorching Greek sun and are only rarely granted short breaks.

They’re even denied food and water. The video footage of these suffering animals haunts me.

I understand that you have the power to stop this cruelty and make Santorini hospitable to both tourists and animals. Please put an immediate end to the old-school cruelty of ‘animal taxis’.

Recent videos and photos show donkeys and mules carrying multiple people that are definitely over the weight limit. Animal activists and a vet claim that the animals should only be carrying 20% of their body weight or 112 pounds. 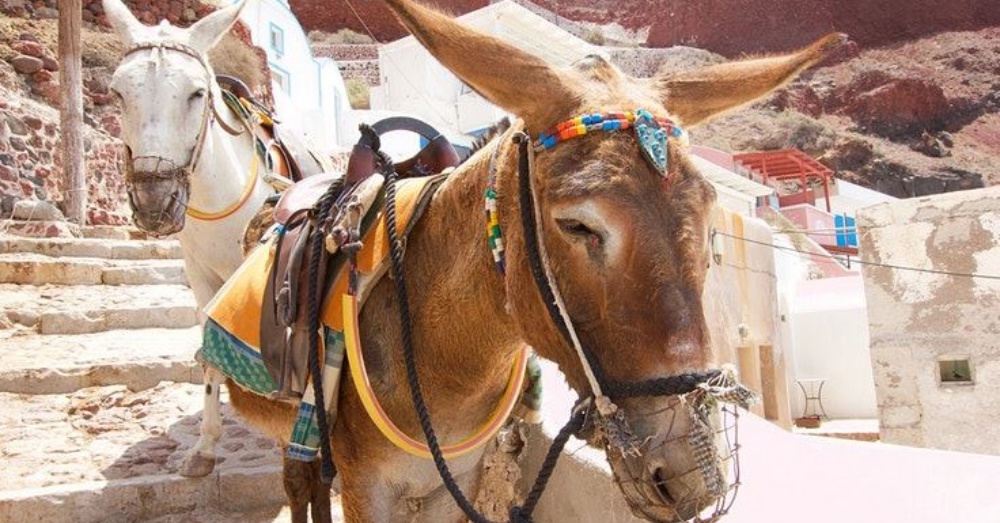 Makis Voridis, the Greek Minister for Agriculture and Food, responded by saying the government was working on protecting the animals by fining £25,000 (roughly $33,000) for any mistreatment or abuse of donkeys and mules.

“The welfare of productive animals, working animals and generally all the animals of our country is a major concern for me personally and for our Ministry. In the event of violations of existing legislation by the audit authorities, the offenders will be subject to severe penalties,” Voridis said.

This Ancient Chinese Remedy Hides A Deadly Secret, And Millions Of Donkeys Are Dying For It: Click “Next” below!