A limited-edition beer is being released by Three Notch’d Brewing Company. It is named ‘Tommies Beer’, and it is in memory of a dog named Tommie the pitbull.

Tommy died at the Richmond Animal Care and Control Shelter, five days after he was tied to a pole in a Richmond Park, doused with an accelerant and set on fire.

“Tommie was pain-free and surrounded by people that loved him when he passed. Needless to say, we are all devastated and angry and sad and terribly disappointed,” RACC wrote on Facebook.

I’m so very sorry to share that Tommie just passed away. He had just finished having his bandages changed and stopped…

Posted by Richmond Animal Care and Control on Friday, February 15, 2019

The US Marshals Regional Fugitive Task Force arrested 20-year-old Jyahshua Hill without incident on May 8 for the crime. 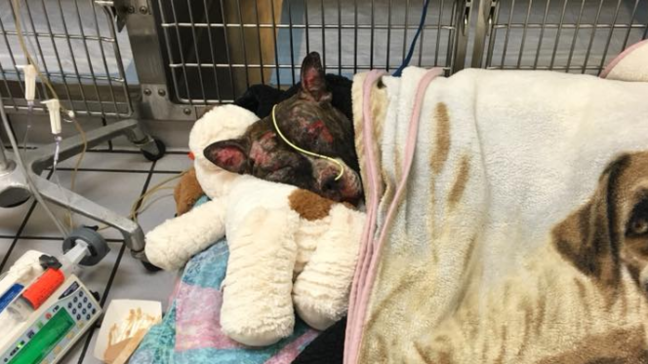 “There are a lot of people to thank, but I’d like to single out all the citizens who contributed tips that pointed us in the right direction,” said Interim Police Chief William C. Smith. “That, plus the excellent job done by arson investigators who did the bulk of the work, major crimes detectives, forensics technicians and animal control officers who all built a strong case to present to the grand jury.”

According to the terms of the plea agreement, he will be put in prison for five years. That is the maximum sentence permitted. He will also never be able to possess or own an animal again.

According to Hill, the dog bit his two-year-old daughter the day that he set the dog on fire.

He also claims that he attempted to give Tommie away to a shelter but none would take him.

Lawmakers have also passed a bill in his memory just 10 days after the pitbull was set on fire.

Numerous animal cruelty cases in Virginia have led to the bill but many are now calling it ‘Tommie’s Law’.

Senate Bill 1604 would increase the penalty from a misdemeanor to a felony for beating, maiming, mutilating or killing a dog or cat.

If someone is found guilty of the crime, they may face up to five years in prison.

Tommie’s Beer is going to be a hazelnut brown ale