Tom Hardy is no stranger to sticking fear into audiences’ hearts, but after the passing of his dog, Woody, it was his own heart he decided to share with the world.

Woody was a “shining example of man’s best friend,” wrote the actor who played both Britain’s most notorious criminal and one of the greatest enemies Batman has ever faced.

“To the bestest friend ever,” Hardy posted on Tumblr, “to me and to a family who loved him beyond words and whom he loved without doubt more than I have ever known. Woody was the bestest of journey companions we ever could dream of having. Our souls intertwined forever.” 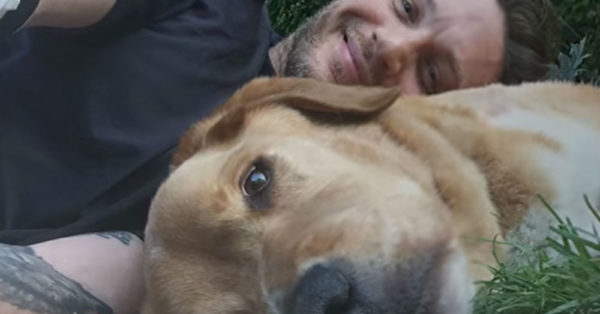 Hardy adopted the yellow Labrador mix in 2011 while on the Peachtree, Georgia, set of “Lawless,” alongside Nick Cave and Shia LeBoeuf. The film detailed the lives of a trio of bootlegging brothers and opened to fair success. Soon after, trailing Hardy on the red carpet and other promotional events for the film, Woody was never far behind.

When Hardy returned to the UK, he left Woody with “Lawless” co-star Jessica Chastain. The pair reunited when Chastain brought Woody to Hardy while he was filming “The Dark Knight.” 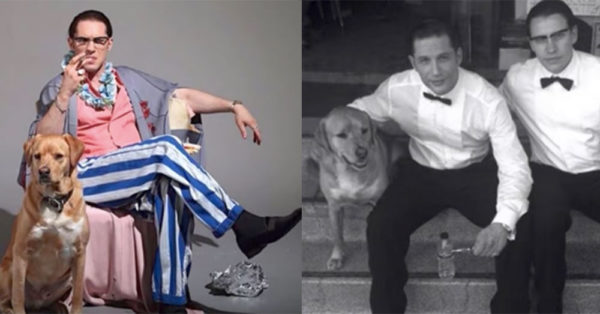 “He was an Angel. And he was my best friend. We went through so much together,” Hardy wrote. “He didn’t have a bad bone in his body. All he knew was love.”

According to Today, Woody passed away from polymyositis, an inflammatory muscle disorder that he had lived with for the previous six months.

“He was far too young to leave us and we at home are devastated by his loss,” Hardy wrote. “I am ultimately grateful for his loyal companionship and love, and it is of some great comfort that he is no longer suffering.”

We all want the best for our animals, of course, but are you sure you really know what you’re doing when it comes to feeding your dog? Click the button below and learn more about the top 10 tips for an average dog’s diet.