This dog, now named Toffee, was rescued from a dog meat farm in South Korea, and arrived in the United States at the Humane Society of Vero Beach and Indian River County.

It’s sad to think of what Toffee had gone through her whole life. Dogs at meat farms are severely neglected and live amongst filth and their own feces. Dozens of dogs are crammed into tiny crates, with barely any space to move around. They stand on metal and wire, which is painful for their feet. And they don’t have blankets or any source of comfort. Some of these dogs are lucky enough to be rescued from this misery, while others may never know what it feels like to be loved. 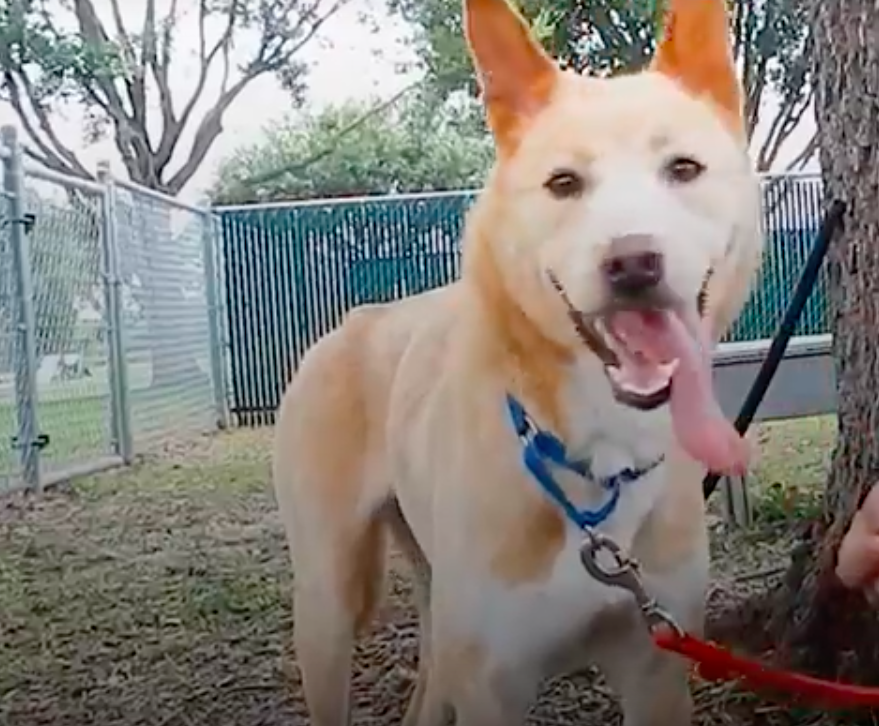 Luckily, Toffee was one of the lucky ones, and she also brought nine tiny surprises with her. Toffee’s rescuers had no idea that she was pregnant, but the very next day, she wound up giving birth to nine adorable puppies! The timing was perfect, because it would have been horrible if those puppies were born at the meat farm. Thankfully they were born at the rescue and won’t ever have to experience the nightmare that their mother lived through. And Toffee won’t ever have to go through that again. 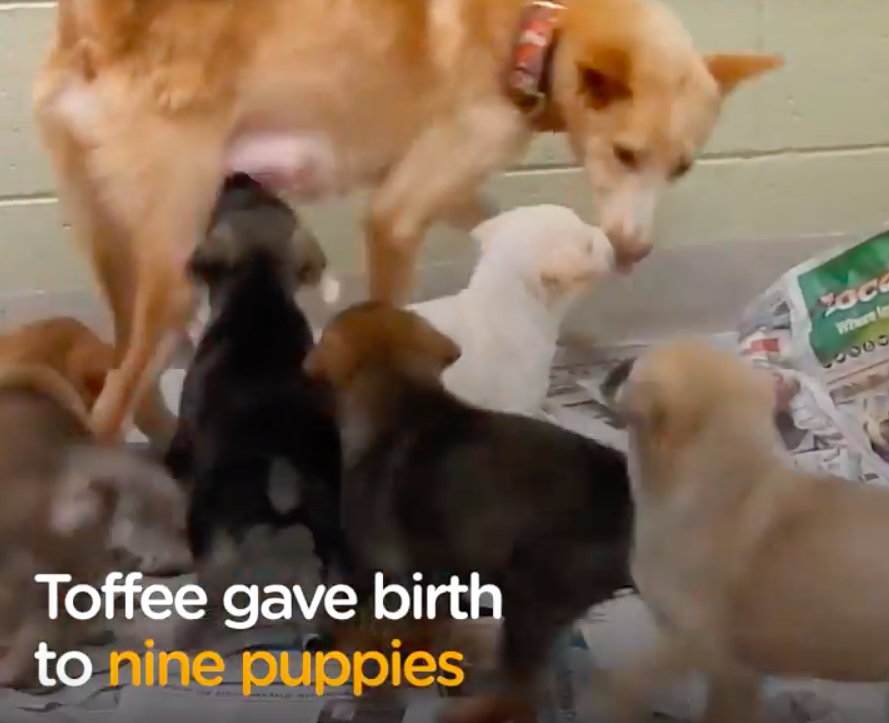 The best part, is that all nine of the puppies have been adopted! The rescue is still working with Toffee, and she is slowly learning how to trust humans again. She’s doing great and loving her new life outside of a dirty cage!

Hawaii About To Become The Sixth State To Ban Animal Cosmetic Testing: Click “Next” below!